How much money is enough? Just a little bit more

John D. Rockefeller, the founder of the Standard Oil Company, the first billionaire of the United States of America and once the richest man on Earth was asked by a reporter, “How much money is enough?”

A little bit more, some more and more—Isn’t this common phenomenon experienced by each one of us; our organisations which we work for or support; nations and national leaders who aim to get some more so that their names can be remembered and they can go down in the books of history.

Whether it’s stock market gains; whether it’s the yearly target set for us or by us; or its enhancing control over a region or territory, everywhere one wishes to have just a little bit more.

Certain facts are established under the law of Nature has and will remain unchanged through the millenniums.

1. Law of averages will catch up.

2. What goes up will come down.

3. After the rise of two or three successive generations, the next generation will come under its own pressure of ancestry (hazards of excessive wealth).

6. The more you help the more assistance you will get when you need it.

8. It doesn’t matter how many resources you have, if you don’t know how to use them, nothing will be enough.

And many more such spiritual statements which have been read absorbed and refocused by one's minds at various points in time in one’s life.

Then why there is a need to have more?

This note will not talk about the concepts of—Chasing money is bad, follow spirituality, do good deeds (Karma) or some other noble teachings. The ones who are reading this note, are well aware of what is good or bad for them, for their families and for their well-being.

But what they are not aware of is—nearly 99.50 percent of humans more often do not realise the true power of their brain, their thoughts, the power they hold within themselves.

Though it’s interesting that nature gives everyone not a single chance but multiple chances at various points in time to reinvent, construct and refigure out their true potential. It’s generally three or four times, but we seldom get cues and continue in our endeavour to get just that little bit more.

1. The first one strikes us in our mid-teens when we end up pursuing ideas, path guided by our elder influencers or circumstantial conditions then, prevailing in our lives.

2. The second opportunity knocks on our mental door in our mid-twenties when we are just getting ready to step into the next phase of our life, to become a family man.

3. Third moment of realisation arrives in an era of post-family establishment, mid-thirties or very early forties and at this point, the comfort, the complacency; the monetary stakes are too high to rejig one’s life.

Nonetheless, some opt-in towards that calling not by choice but by compulsion as they realise they are a misfit or unwanted in the corporate world and hence move into entrepreneurial venture closest to their existing area of work (for the last decade and a half ) is undertaken by them.

4. The last one comes when one is nearing so-called retirement in the late fifties of early the sixties, the mind, the heart, the zeal says to do what has not been done for life till now, but the body says, “You are too old to take risks, just pursue social ventures (part-time assistance to NGOs on a pro-bono basis) which have limited accountability where the only past experience of one’s good self can be used.

Few, very few, limited in number, change the life’s highway to pursue unchartered, un-trodden, virgin land. Some switch gears and start driving on the lane at the speed one has longed for, however, it’s fascinating to observe as one leaves the race to find one's true potential or calling, one pauses, one reconfigures one's thoughts and perception and it opens possibilities to a new beginning and setting one's mind on the new challenge.

Why this happens to mortals, to humans, to individuals?

There is a phenomenon known as the Ratchet effect first propounded by economists—Alan Peacock and Jack Wiseman in their work—The Growth of Public Expenditure in the United Kingdom. 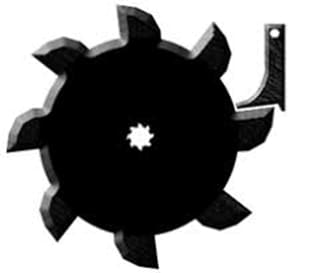 What is the Ratchet Effect?

The Ratchet Effect is the restrained or unobtrusive inability of human processes to be reversed once a specific thing has happened or a specific event has occurred or something has been set in motion. The ratchet effect finds its origin in a mechanical tool known as a ratchet that allows continuous linear or rotary motion in only one direction while preventing motion in the opposite direction.

In simple terms ratchet effect implies a situation that is irreversible which has been caused by a certain turn of events or acts done by individuals.

Let me enumerate it with a few examples.

2. Lot many numbers of students prepare just before the exams and remain awake or study hard before the exam to score well. Students, use pills, caffeine and other stimulants to remain awake who have not studied through the years. One may appear in the exam and may be able to answer a few questions which have been mugged at the fag end but with limited understanding and the knowledge is not available to be used later in life. As the exam gets over, the habit of remaining awake for longer hours or less sleep or drinking caffeine becomes the predilection of the human being involved. This leads to mental or health issues and a drop in the general well-being of not only the individual but of the entire household (maybe the same household which has put pressure on one to score better by studying last minute).

3. Evaluating another scenario. With continuous hard work and persistent perseverance, a bright young man, who belongs to a humble background, with his parents spent most of their lives in abject poverty passes out from a good technical educational institute and gets a job.

As he starts earning well, he takes a loan to buy a house and starts living comfortably with his parents. Time passes and he aspires to have a better lifestyle seeing his peers, he takes out another loan to buy a car since his peers have one, another borrowing to travel internationally for holidays and another personal loan to have a lavish marriage.

With the change of events and economic downturn, he loses his job and now is being harassed by loan collecting agents. The family goes back from where they came from losing everything that he worked for through the years and most importantly his peace of mind. When this young man and his family were poor, they had hope, they had the spirit of perseverance and they had happiness but chasing the perceived happiness made the person worse off than before.

The Ratchet Effect was invented for macroeconomic theory but is relevant in the present world explaining human emotions, human distress and human anxiety.

One's zeal to get too soon too fast leaves one worse off than before.