Updated : August 26, 2019 03:15 PM IST
Strange as it may sound, Narendra Modi could not have become prime minister if he did not have the support of Arun Jaitley who died on Saturday.
The end of Emergency brought Jaitley fame in Delhi University as he addressed a huge crowd of cheering students at Maurice Nagar Chowk and instantly won their hearts because of his superb oratory, and also because he looked very smart.
Jaitley was a crucial link between BJP 1.0 and BJP 2.0. With his passing away the crucial link has snapped. 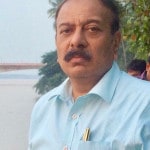 Strange as it may sound, Narendra Modi could not have become prime minister if he did not have the support of Arun Jaitley who died on Saturday. In the aftermath of the Gujarat riots there were many charges against Modi about his involvement. They persisted and the Rashtriya Swayamsevak Sangh (RSS) was uncomfortable about this. They wanted Modi to have a clean chit before he could be declared as Bharatiya Janata Party's (BJP) prime ministerial candidate. Jaitley worked hard for Modi and with his help the latter was able to get over the obstacles in his way.

Then Prime Minister Atal Bihari Vajpayee was quite upset with the 2002 riots in Gujarat and in July that year wanted Modi replaced as chief minister before the BJP national executive slated a few days later in Goa. He dispatched Jaitley to seek his resignation and my sources in Raj Bhavan in Gandhinagar told me about this. Jaitley came and was closeted with Modi for a few hours, but there was no resignation: Jaitley and Modi flew together to Goa and top sources said that Jaitley had briefed Modi how to avert the demand for resignation.

Meanwhile, on a plane journey from New Delhi to Goa, Vajpayee was prevailed upon by Lal Krishna Advani who was accompanying him to not insist on Modi’s resignation. At Goa even as Modi announced his desire to resign the national executive members prevailed upon him otherwise.

Arun Jaitley had all the qualities of being a leader. A great orator he entered the politics of the University of Delhi on the ticket of the Akhil Bharatiya Vidyarthi Parishad (ABVP) and was elected president of the Delhi University Students’ Union (DUSU) in 1974. Soon Emergency was clamped and Jaitley was packed off to jail. He remained there for 19 months. But at Tihar jail, where he was locked up, Jaitley learnt the nuances of politics from many other top leaders who were also similarly locked up. This stood him in good stead later in life.

The end of Emergency brought him fame in the university as he addressed a huge crowd of cheering students at Maurice Nagar Chowk and instantly won their hearts because of his superb oratory, and also because he looked very smart. Next year he completed his degree from the Shriram College of Commerce and joined Delhi University’s Law Faculty. Three years later he was a lawyer and began practicing at the Delhi High Court.

With his sharp brain and ability to speak well, Jaitley soon made a mark. He was one the rare BJP leaders who spoke English with élan — having done his schooling from St Xavier’s School in Delhi. Jaitley, however, came from a very middle class background and his father Maharaj Kishen Jaitley was a lawyer who had his offices in Bhagirath Palace in Delhi’s Chandni Chowk. Soon he hit the big league and with the VP Singh coming to power in 1989, Jaitley was appointed as additional solicitor general (ASG) and was drafted in the team established to look into the Bofors scandal.

A decade later as the National Democratic Alliance (NDA) came to power under Atal Bihari Vajpayee, Jaitley was appointed as minister of state and two years later was elevated as cabinet minister. With his clear articulation and hard work Jaitley was able to make his mark and soon became an important minister — although he was at least two decades younger than Vajpayee and Advani.

By that time he had also become a top lawyer in Delhi and represented a host of top clients. Jaitley had very close relations with the legal community and soon became the government’s go-to man in any legal problem. Jaitley also had very close relations with the national media in Delhi and many top journalists in Delhi went to him to get extensive briefing about what was on within the government and its various initiatives. This earned him the epithet of chief of bureau (COB) — a position prevalent in newspapers for the person who guides and controls the news coverage through its network of correspondents.

Though Jaitley was a close aide of Modi, by nature they are different. On becoming prime minister Modi decided that he would not directly interact with journalists and would directly address the people through his radio programme Mann Ki Baat and the television. Jaitley with a lot of journalist friends was under pressure from them to get direct access to Modi. One does not know whether Jaitley spoke with the prime minister about this but suddenly one day, journalists were called by Jaitley for a get together and dinner. When the journalists went they were told that Modi would drop in. After sometime, in fact, Modi dropped in and had a tête-à-tête with the collected newspersons before exiting as suddenly as he had come in. This is the only time that Modi has interacted with journalists in his over five year tenure.

A Rajya Sabha MP who had often to change his state – depending on the strength of the BJP — the only direct election that Jaitley contested for Parliament was in 2014 from Amritsar. He had been promised by the ruling Akali Dal of all support but within a few days of campaigning Jaitley realized that he would lose. He did not give up the battle but thereafter he utilized a lot of his time in pursuing culinary interests.

He knew which dishes were available in which restaurants and spent time savouring them with friends. This is a practice he pursued with zeal in Delhi too. A diabetic from before the time he was 30, his penchant for food made him grossly overweight and pushed him to bariatric surgery. A year after the surgery, he had to undergo kidney transplant.

Jaitley’s downhill journey had begun. Despite poor health, Jaitley continued to work hard and accomplished a new Insolvency and Bankruptcy (IBC) code that put in place a single law to deal with insolvency and bankruptcy. Demonetization also came in his tenure — but that is believed to have been forced on him by Prime Minister Modi.

Although a close aide of Modi, Jaitley’s personal philosophy was more akin to that of the BJP of the Vajpayee era. In that sense he was a crucial link between BJP 1.0 and BJP 2.0. With his passing away the crucial link has snapped.
Tags AB Vajpayee Arun Jaitley Arun Jaitley obituary Bharatiya Janata Party BJP gujarat riots LK Advani Narendra Modi Views