Horses for courses — the story behind the iconic Ferrari, Porsche emblems

Updated : May 04, 2019 08:53 PM IST
Ferrari’s choice was driven by a love of Giovanni Pascoli’s poem and a great admiration for Baracca
The traditional colours of Porsche are a story unto themselves.

Horses. Something you can’t get rid of when you think of automation and automobiles of any sort. There is a good reason as to why an imperial unit of power equal to 550 foot-pounds per second (about 750 watts) is called horsepower. An uncomplaining, faithful, intelligent animal suffused with infinite amounts of patience and grace, the horse has a history of being man’s conveyance go to lifeform for thousands of years.

Let’s deviate a bit from the horse now… think you’re in a plane, in the middle of the Great War (known as World War I after the second one came along to spoil the party), fighting a losing battle against radial-engined, oil-seeping crooked crosses. Leather-helmeted and goggled, you have the wind in your hair, and have the immense protection of a sheet of glass in front of you against the leaden bursts of machine-gun fire all around.

Not the ideal way to grow old, is it?

Let’s dig right in. A pilot named Francesco Baracca (1888-1918) was born at Lugo dj Romagna, and entered the Scuola Militaire at Modena in October 1907. Ascending rapidly through the ranks of the military, he quickly reached the rank of officer in the cavalry regiments, and underwent flight training in Reims, and went flying into the war to become the most successful airman in his country. A record 34 enemy planes were brought down by him. While one day experiencing the things in the aforementioned lines, he finally got shot down, and rather than be captured ignominiously or die in the crash, he shot himself. Of course, not having his first-hand account of the event, we know of this by the fact that there was a pistol in his hand, and a bullet-hole in his head, when he was discovered a few days later. He was immortalised by a monument with the horse prancing on the side, and his remains are preserved to this day in a bronze casket made by melting down guns used during the war.

Due to his prowess in bringing down enemy aircraft, he had painted a prancing horse on the fuselage of his plane, and this is what everything’s getting at. Countess Paolina, Francesco’s mother, wanted that her son’s logo, and the family’s shield, should only go to something befitting. And as her son thrived on speed, she presented the logo to Enzo Ferrari, for use on his racing cars. Not very often that an identity falls thus from the skies (literally, in this case) and goes on to garner more acclaim than the skies themselves…

"When Enzo Ferrari, driving an Alfa Romeo RL-Targa Florio with Giulio Ramponi, won the first Savio Circuit in Ravenna on 16th June 1923, he came across Count Enrico Baracca, Francesco’s father, whom he had already met in Bologna sometime before. That second encounter, as Ferrari himself wrote on July 3, 1985, to Lugo historian Giovanni Manzoni, gave rise to yet another meeting, this time with Francesco’s mother, Countess Paolina Biancoli. This is what she said to me one day,” wrote the Maranello car manufacturer. "Ferrari, use my son’s prancing horse on your cars. It will bring you good luck. (…) I still have Baracca’s photograph, with his parents’ dedication entrusting his emblem to me," concluded Ferrari. "The horse was and has remained black, but I added the canary yellow background, the colour of Modena."

According to authoritative testimonials, Enzo Ferrari’s choice was driven by a love of Giovanni Pascoli’s poem, "La cavallina storna”, and a great admiration for Francesco Baracca, which dated back to his adolescent years.

From the Francesco Baracca Archives.

Turned out it was the best thing she could ever have done. The black prancing horse is an icon of mechanical status that arouses everything in a person, second only to the traditional Ferrari red that has gained epic status. The story does go that you cannot buy a Ferrari with money alone – you need to have owned a Ferrari to buy one. It might even be true. That maxim apparently does not seem to have taxed one of our cricket heroes, however…

But Enzo Ferrari wasn’t always deserving of the logo – born in a middle-class family with three aspirations –to be either an opera singer, a sports journalist or a racing car driver – he was never very good at school, and finally left it altogether after Italy entered the Great War and the deaths of his father and brother.

Starting off shoeing mules for the mountain artillery, he went on to contract flu in an epidemic ravaging the army, but thankfully for us, he did not succumb to it. He instead procured a letter of recommendation from his colonel and turned to Fiat for a job. He was rejected, oddly enough, and was taken in by Vespa as a test driver. He participated in his first race under their auspices. He continued racing and started working for Alfa Romeo in 1920.

After working for Alfa Romeo for nine years, he quit to go it on his own, and after the severance agreement (which stipulated that he would not design machinery or race under his name), he finally designed a car under his name in 1946, after shifting his factory to Maranello following a bombing of his previous plant at Modena.

The prancing horse finally made its appearance on the Rome Grand Prix track, on a 125, which was driven by Franco Cortese on May 11, 1947.

Suffering losses, he sold part of his company to Fiat in 1965, and then a further portion in 1969, bringing the total Fiat ownership to 90 percent, though, as per the contract, he retained control of the company till his death.

Now we move on to another story…The city of Stuttgart and one of its most famous automobile sons.

Stuttgart when broken up becomes Stutt Garten, which translates to Stud Garden. Hence the name of the place. The city was founded in 950 AD by a Swabian Duke to breed warhorses.

Thus horsepower metaphorically may become intrinsic to a place of this nature. But it wasn’t always so – it became a city in the 13th century and the capital of the Counts of Württemberg in1312. Their seal appeared the same year and contained two horses, the lower being smaller than the upper. The original seal of the area, however, were three deer antlers; the arms of Count Konrad and his father Hartmann and were derived from older arms of the counts of Nellenburg, which had three blue antlers. These counts, of Nellenburg and Württemberg, were both related to the counts of Veringen.

Starting off with antlers covered by a helmet and topped off by a peacock feather as the crest (since around 1279), the crest was replaced by a horn around the beginning of the 14th century, as visible in the Zurich and von der Esten roll of arms. The mantle was red and gold, derived from Veringen. Around the 15th century, three feathers were placed at the mouth of the horn. Famous for the horses that were bred in the area, the royal benevolence created a stud of repute that ended up contributing to the name.

In another deviation from this other story, we go to 1951, when Porsche is planning on shifting back to their hometown, away from their temporary wartime setting to Stuttgart. Porsche then was a brand without an emblem. The subliminal identity that humans seem to require to exhibit that elusive quality named ‘loyalty’. Something that creates the entire feel and experience behind something which, logically examined, remains completely identical.

Whatever the case may be, the customers wanted it, and the resellers demanded it. Rumour has it that professor Porsche himself sketched it out on the back of a napkin, but we do know for a fact that Messrs. Lepper and Riemspiess from the publicity/design studios were the ones who meticulously crafted the end result.

There were representations of three things – the family name ‘Porsche’ is at the forefront, the other two displaying the fact that Porsche was finally back where it belonged, in Stuttgart. The State of Württemberg contributed the deer antlers and the red/black bars, and the horse cantered in from the coat of arms of Stuttgart, which just happens to be the capital of Württemberg.

The emblem was there. The arms of the city of Stuttgart was placed in the middle to imply that they were manufactured there,  as an inescutcheon ( this is basically a small shield placed within a larger one) Then these heraldic icons were mapped with the text mentioning the words “Porsche” and “Stuttgart”. Used initially only internally (1953), on the horn button of the cars, the first time it made an exterior appearance was on the bonnet of a 356 coupe, in 1957.

The traditional colours of Porsche are a story unto themselves. Then faced with an acute shortage of coloured inks and coloured paper after the Second World War, and with the availability of coloured paper in one colour – maroon – at their small printer’s (Glauner), a precedent was set. Today, you can see the colour all over the Porsche office buildings, letterheads, wallets and other stationery.

The way Porsche is written, itself, has undergone numerous changes. First debuting at Gmund, in June 1948, the squarish shape was easily apparent. Initially, they were discrete letters placed in a semicircle pattern in front of the cars. Starting from 1950, a horizontal bar underlining the letters joined them into one unit. In 1952, the letters hunkered down and were extended, probably due to the higher speeds the cars were capable of by then and the effect of the Windstream on the logo… or perhaps not. 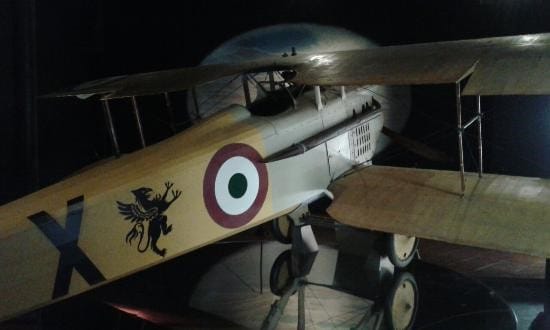 When the 911 appeared, the logo reverted to the discrete letters, but thinner and more open. The metal letters were abandoned in favour of a depiction on the reflective panel separating the tail lights of the 911, starting from 1974.

I will now resist the immense urge to write a list of bad puns on the 911, and exit gracefully, as befits the grace of the brands that define the story…

Over 1 lakh Aadhaar, PAN card, passport data of Indians up for sale!