History narrated through stamps: A peek into the world of passionate philatelists and their pricey assets

Updated : December 31, 2019 02:20 PM IST
Among the most expensive Indian collections ever auctioned globally was one by Mohammed Sayeed, known as the ‘Medina Collections’.
This, and other such gems, were up for exhibit at the INPEX 2019 in Mumbai, revealing a world of passionate philatelists and their highly priced tangible assets.
A single postage stamp from the Mahatma Gandhi’s service stamp series was auctioned for Rs 1.5 crore a few years ago.

In early January 2019, Spink & Son, a heritage British auction house, established in 1666, sold a rather important piece of history: A rare 1854 ‘Inverted Head’ Four Annas postage stamp. A much sought-after stamp from British India and a fine specimen of 19th-century philately, the final amount paid for it by a collector was £69,600, plus the auction house premium (a final amount of almost Rs 1 crore). The famous 1854 stamp was lithographed in Calcutta. Part of the Medina Collections in India, during the first printing, Queen Victoria’s head was erroneously printed upside down, which is what makes it among the rarest of the rare.

The Medina Collections belongs to a private Indian collector, Mohammed Sayeed, with stamps from India, the United States, Ceylon, Cape of Good Hope, Afghanistan and Great Britain. Among the most expensive in the world, they have won several gold medals at global exhibitions. But their biggest win was the FIP Grand Prix D’Honour in Bucharest, in 2008, for the Scinde Dawk (used in the Sindh province, now in Pakistan) and the lithograph stamps. Who would have thought that what we deemed as the hobby of people from a generation, or even two generations earlier, is now a tangible asset, an investment opportunity, one that can earn you several million? Ramu MS, a corporate executive by day and a passionate collector at all times, says, “The world of philately for us is more than just a passion; it is also a tangible asset to be traded, auctioned, and can earn you a fortune.”

A fact sharply brought home by the Indian National Philatelic Exhibition (INPEX 2019) last week in Mumbai, organised by the Philatelic Congress of India (PCI). A sprawling exhibition of more than one lakh exhibits, with stalls set up by dealers, auction houses and even an auction by Todywalla’s Auction House, it featured the rarest of postage stamps and collections worth a few crores from 230 different participants, segregated by subjects such as Postal History, Aerophilately, Traditional Philately, Thematic Philately and Youth philately, under the iconic towers of World Trade Centre. There were 900 frames, each frame with 16 pages and 10-12 stamps on each page. So, collectors had close to 14,500 sheets to look, admire, and learn the history of. There are over 12 lakh registered collectors across India and the 230 were just a small pick of the lot. I happened to drop by and discovered Indian and world history and heritage narrated through postage stamps: There were stamps dedicated to historical figures, from Mahatma Gandhi to Subhas Chandra Bose and Queen Victoria; there were rocket mails; the first airmails, and much more. Did you know that one of the issues of the first adhesive postage stamp in the world, a Penny Black (penny refers to the currency value, black is the colour of the stamp) is with an Indian collector, Palak Gogri? Considered the Holy Grail for many collectors, it was invented by Sir Rowland Hill (an English inventor and teacher) and issued by Great Britain on May 1, 1840. Or that Asia’s first stamp from the Scinde Dawk (a very old postal system of runners that served the Indus Valley of Sindh), issued in 1852, is again with an Indian collector, Pragya Jain, who incidentally also holds an enviable collection of the lithograph series (in single signature colours of blue, red and green, besides the first bi-colour stamps)? At the exhibition were also the first airmail in the world, flown between Allahabad and Naini (which carried 6,500 letters) for an air show. Incidentally, this airmail flight, a Humber-Sommer biplane, on February 18, 1911, was flown by a 23-year-old Frenchman Henri Pequet. Piyush Khaitan, one of the movers of INPEX 2019 and MD of NeoGrowth (An SME digital lending company) displayed his enviable collection of airmails, such as Airmail Postage Stamps, First Flight Covers, Postal Notices, Return Flight Covers, Crash Covers, Postal Meter Panels and other collectibles. Among his collection is The Special Flight Cachet or the mail that was carried on a Bombay-London flight in a special boxed rectangular cachet, with the postage stamp cancelled with an illustration of a vintage airplane; it had the words AIR MAIL, BOMBAY-LONDON, 8-6-48, FIRST FLIGHT embossed on it. Ramu himself exhibited his collection of rocket mails, which he first showcased at The Philatelic Society of Copenhagen’s 100 years exhibition. The philatelist inherited his initial stamp collection in 1986 from his grandfather, a station master in Rangoon (now Myanmar). “He asked my mother to hand it over to someone in the family looking for a ‘retirement hobby’, not realising the value of what he had.” He has been collecting stamps for 30 years now with a special interest in Mysore Anche (a system of postal delivery dating back to 1672, started by Chikka Devaraja Wodeyar of Mysore), 1854 Half Anna lithographs, Rocket Mails of India and literature on Indian philately. In his pooja room at home, he says, he has a photograph of a half-anna postage stamp. Penny Black, the first stamp of the world.

Among the most expensive postage stamps are the Mahatma Gandhi service stamps, worth Rs 10 when issued. In 2011, when the David Feldman Stamp Auction House in Geneva auctioned one, it set a world record of EUR 144,000 (about Rs 1.5 crore), the highest price ever paid for a single Indian stamp. It was among the first commemorative stamps of independent India. Since then, the Mahatma Gandhi service stamps series have risen in collector value. Some of these service stamps were on exhibit. The first stamp of Independent India.

The fascinating world of Indian collectors

A philatelist will tell you that every stamp chronicles a story, and each story is magical. A fact that PCI, headed by the indomitable Damyanti Pittie, wants to take to young collectors. “Philately can captivate the minds of the young like none other.” Right now, she is building a collection on the ‘25th year of King George’s coronation in British India’ and a rare Railway Collection – 1873-78. But the world of the collectors isn’t dominated by just British era postage stamps; the post-independence era stamps are as valued. 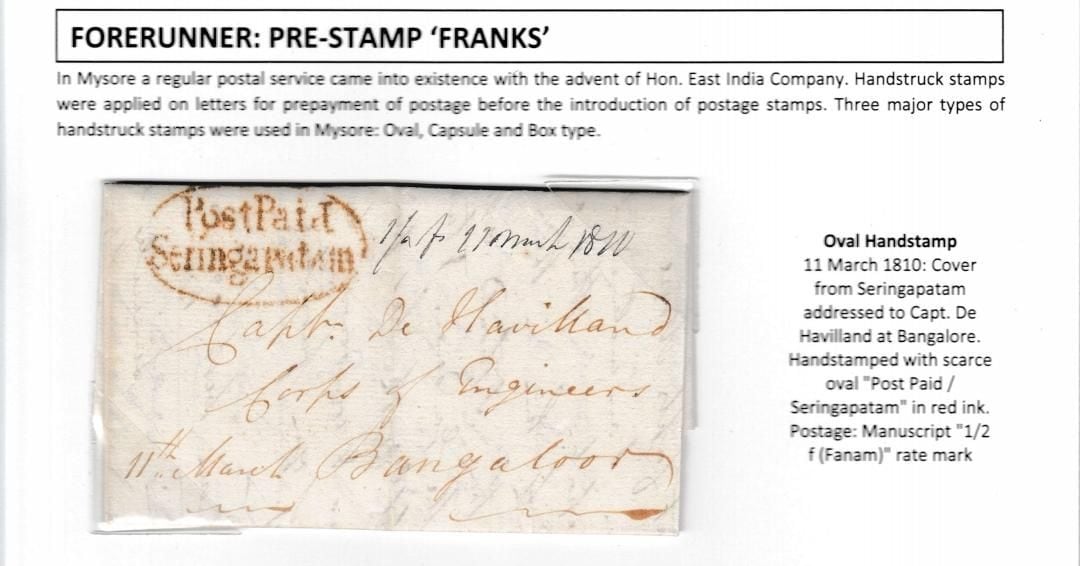 Indian philatelists are an inventive bunch and look anything but millionaire that they are in asset value. Rather unassuming in appearance, their world is made up of history, nostalgia, auctions, dealers, ferreting out rare postage stamps from remote corners of the country, or from other collectors, friends and family (who may not be aware of the gold mine they hold in their hands). While collectors are wary of speaking about the value of their collection, focussing instead on ‘their passion’, Ramu believes that they need to send out a message about the absolute value of postal heritage, particularly stamps, to attract a younger generation. “We want to talk about heritage and history, but we also need to ensure that people know a stamp collection could earn them a fortune.” While this has nothing to do with India, a stamp collection that sold for $10 million last year in New York in a single-day auction dedicated to philately, belonged to bond billionaire Bill Gross.

What to look for while starting a collection

Globally, there are an estimated 60 million collectors — two-thirds of whom are from Asia. The fact that the British stamp and antique dealer Stanley Gibbons is looking to expand in Asia, attracted by a growing group of affluent collectors, is a sign of the times. Stamps are regularly sold for $1.5 million in auctions and the most expensive stamp in the world is worth $2.97 million. Rare stamps have, on an average, given returns of about 10-15 percent a year in recent years. One of the best ways to monetise your collection is to create a thematic one, say the Gandhi stamps issued in 1948; each one individually fetches Rs 20,000, but a complete set could be worth Rs 50 lakh or more. The first Rocketmail of India.

The classics stamps happen to be those issued between 1852 and 1937, particularly those from the princely states of India and British India. There are auction houses, philately societies and genuine dealers who can help value the collection. One of the best ways to keep a tab on the world of philately is through the internet. AS Richard Lehmann, investment advisor, publisher of the Forbes/Lehmann Distressed Municipal Debt Report in the US and a passionate collector says, “The worldwide web has helped revolutionise what was once a hobby with limited investor participation, into an asset,” which can be researched online, written about, promoted, even traded and bought from dealers worldwide. The market, he has said, is going to be driven by the growing trend by investors looking to diversify into collectibles; and there is no collectible market with better depth and breadth than stamps.

Clearly, philately is more than a pleasant hobby to be followed after ‘retirement’ as Ramu’s grandfather once suggested.