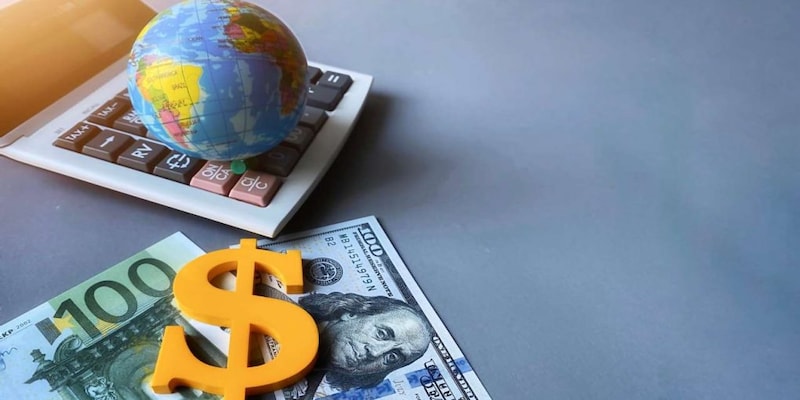 A group of 136 countries on Friday set a minimum global tax rate of 15 percent. The deal aims to stop large firms from booking profits in low-tax countries such as Ireland regardless of where their clients are.

A group of 136 sovereign jurisdictions Friday agreed to an international tax reform that sows the seeds of how tax cooperation will work worldwide, to prevent tax avoidance by Multinational Enterprises who seek to profit from differing and insulated tax rules and regulations to lower their overall effective tax rate.

With Ireland, Hungary and Estonia also joining in, the agreement represents the consensus of all G20, EU, and OECD nations (representing more than 90 percent of the global GDP) to a two-pillar solution to address tax challenges arising from digitalisation of the economy. Indian Revenue Authorities too played an active role in these global discussions.
The solution, composing Pillar One and Pillar Two, is an outcome of almost a decade-long international effort of the OECD, which commenced with the Base Erosion and Profit Shifting ('BEPS') project.
Pillar One, will apply to about 100 of the world's biggest and most profitable MNCs. It seeks to reallocate a part of the MNC’s profits to jurisdictions where the users /consumers are located. Its applicability is no longer restricted to automated digital services or consumer-facing businesses – which was where it all had started.
Pillar One expects to reallocate approximate profits worth USD 125 billion to market jurisdictions. India is hopeful of boosting its tax revenues as it is primarily a consumer-driven economy. Implementation of Pillar One needs jurisdictions to hold off from introducing new unilateral measures and withdrawing already introduced digital taxes and similar levies.
Also Read | India in last stage of finalising details on global minimum tax
India legislated a 6 percent equalisation levy on online advertisements from June 2016 and a 2 percent equalisation levy on e-commerce supply of good and services from April 2020.
In May 2021, India also prescribed the thresholds for the applicability of the 'significant economic presence' concept, which allows it to assert domestic taxing rights on profits earned by non-resident entities with revenues exceeding INR 20 million / users exceeding 300,000. An effective working of the two-pillar solution may require India to repeal such measures.
Pillar Two applies to a larger group of MNCs that have consolidated revenues above EUR 750 million (~ INR 66 billion). It seeks to ensure that such MNCs pay a minimum corporate tax of 15 percent on their financial profits in a particular jurisdiction.
The focus on financial profits is because many MNCs operated in jurisdictions with higher headline corporate tax rates but ultimately paid minimal or low levels of corporate tax. Further, countries are free to adopt a lower threshold for MNCs headquartered in their own jurisdictions.
Pillar Two primarily comprises the GloBE (acronym for Global anti-Base Erosion) rules and the Subject-to-tax rule (‘STTR’). GloBE rules include a set of two coordinated rules viz., the primary rule - Income Inclusion Rule ('IIR') and the secondary rule - Undertaxed Payments Rule ('UTPR').
The IIR allows the ultimate/intermediate parent jurisdictions to collect taxes in respect of its subsidiaries located in low-taxed jurisdictions (those paying tax below 15 percent). The secondary rule UTPR applies as a backstop to the IIR, which as per the OECD's statement, 'denies deductions or requires an equivalent adjustment to the extent the low tax income of a constituent entity is not subject to tax under an IIR'.
The global minimum tax of 15 percent is expected to generate approximate additional tax revenues to the tune of USD 150 billion. An important announcement is that the GloBE rules shall not be applicable in jurisdictions where MNCs have revenues less than EUR 10 million and profits less than EUR 1 million.
Also Read | Explained: What is global minimum corporate tax rate? Why does it matter?
A critical component of Pillar Two is the STTR which provides source-based taxing rights to payer jurisdictions regarding certain related-party payments (primarily interests and royalties) if such incomes are subjected to a lower nominal tax in the recipient jurisdictions. The STTR, which is of particular interest to developing countries such as India, would have priority over the IIR / UTPR. The minimum rate for STTR will be 9 percent.
The global minimum tax of 15 percent could be a final nail in the coffin for tax havens, which are in an unfavourable spotlight, post the Panama and Pandora papers leaks.
Further, the global minimum tax deal directly impacts jurisdictions such as Ireland, which has for a long time had a corporate tax rate of 12.5 percent (i.e., below 15 percent).
From an Indian standpoint, the GloBE rules could result in additional revenues for the Indian Revenue from Indian-headquartered MNEs that have shifted profits offshore to benefit from no / low tax regimes. India is also set to benefit from the implementation of STTR.
With yesterday's announcement, the implementation plan for both pillars has been set in motion, and the new rules could become effective as early as 2023. The agreement itself is a miracle – getting 136 sovereign jurisdictions to come to one common on international taxation sets the stage for even more closer cooperation.
-Hitesh D. Gajaria is a Senior Partner with KPMG, India. Views expressed are personal.
EXPLAINERS
Explained: The G7 corporate tax deal and how it may benefit India

G7's new global tax plan on MNCs may be a windfall for India, and a big setback for tax havens. The decision to allow countries to tax companies that have 'no physical presence but substantial sales' will be particularly beneficial.