General elections 2019: TTV Dinakaran a threat to AIADMK as DMK set to make a comeback in TN

Updated : April 09, 2019 02:41 PM IST
Dinakaran may not eat into the votes of the DMK and its allies. He will, however, pose a threat to the AIADMK and even while his chances of winning seats in the Lok Sabha seem remote.
It remains to see if the magic that worked since MGR and with Jayalalithaa steering the party after him will work now.

In an election in which alliances that the two national parties – the BJP and the Congress party – seem to matter most, Tamil Nadu is probably the only state where the making of pre-poll coalitions were accomplished well in time. 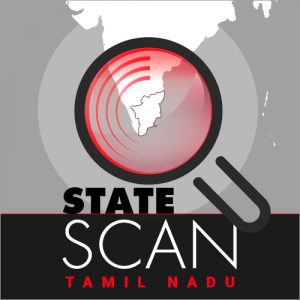 The Dravida Munnetra Kazhagam (DMK) and the All India Anna Dravida Munnetra Kazhagam (AIADMK), leading their respective combines, have even announced candidates for the various constituencies ahead of the formal notification by the Election Commission; alliances were firmed up and candidates have been announced at least a week before the notification is issued on March 25, 2019.

No mean feat indeed where the polity is fragmented on caste as well as regional strengths of the several political parties and where multiple parties and outfits contest for political power.

Identity politics, if one may use the expression to explain the rise and growth of the DMK, since the first ever general elections in 1951-52 and its emergence as the ruling party wresting power in Tamil Nadu from the Congress in 1967, had taken its logical course in the late 1970s when the AIADMK was given birth by MG Ramachandran in 1972.

The DMK had been ceding its social base, one after another, since then. The Pattali Makkal Katchi (PMK), in the 1980s, dented the DMK’s base in the northern districts after the AIADMK had taken away some of its base in the southern and western regions of Tamil Nadu in the 1970s.

The 1990s witnessed the Dalits flocking behind forces such as the Viduthalai Chiruthaigal Katchi (VCK) in the north and the Puthiya Tamilagham in the south while nothing much in terms of Dalit assertion was seen in the Western districts.

Tamil Nadu, in the past couple of decades had seen parties moving here, there and everywhere rallying around the DMK or the AIADMK; the two major parties, meanwhile, went about teaming up with either the Congress or the BJP in this period.

The DMK and the AIADMK have managed, alternately, to have its MPs in the union cabinet since 1996; the cabinet that came in post-2014, however, was an exception. The AIADMK, in April-May 2014, stayed clear of striking national alliances, won 37 of the 39 Lok Sabha seats from the state and ended neither as opposition nor a formal ally of the ruling NDA.

The DMK, meanwhile, had drawn a blank from Tamil Nadu in 2014 even though it snapped ties with the Congress, with whom the party had teamed up in 2004 and 2009. The DMK, incidentally and interestingly, was part of the BJP-led NDA since 1999 and until it walked out of the coalition and its ministers quit the cabinet in November 2003, a few months ahead of the 2004 general elections.

The DMK has since then revived its relationship with the Congress (which happened ahead of the state assembly election in 2016) and its chieftain, MK Stalin has been consistent with his preference for Rahul Gandhi as Prime Minister post-May 2019. He remains in total command of his party as was his late father, M.Karunanidhi. He seems to have resolved issues with his step-sister and his brother, MK Alagiri appears to have been managed pretty much.

Alagiri was not a popular leader of his own and his rise in the DMK – he was sent to join the union cabinet in 2009 – happened because his father’s patronage and then and his decline too was ensured by the late patriarch.

Stalin’s un-disputed position within the party helped the DMK put a multi-party front in place with some ease; moreover, the DMK chieftain was dealing with such parties as the Congress, the two Left parties and the Indian Union Muslim League (IUML) that had been consistent with their opposition to the BJP on ideological grounds (notwithstanding the DMK’s past when it supped with the BJP between 1999 and 2003!).

The KMDP, a caste-based outfit in the western region was innocent of any such political position while the MDMK and the IJK, now with this front were the BJP’s allies – a third front – forged in 2014.

Contrary to this, the post-Jayalalithaa AIADMK has swung from being most undemocratic in its functioning to become a party that is most democratic; its leaders have left the party to be guided by the BJP on most issues and the front it leads was put together, on several instances, by the BJP’s leaders including union ministers talking to and bringing around its allies.

The AIADMK simply played ball and the case of Vijaykanth and his party, the DMDK, joining the front is a case in point. While chief minister E Palanisamy was concerned with his own position and wanting to ensure that it lasted as long as it will, his deputy O Paneerselvam had other priorities involving a place for his son.

This was true of the PMK, its chief having only his son’s interest in mind. Dr Ramdass had ensured a place for his son, Anbumani, in the Lok Sabha in 2014 as the BJP’s ally; but not a berth in the cabinet. He did train his guns against the AIADMK even until recent months.

All these and an erosion in his support base even among the vanniars, whom he considered captive voters, led the DMK simply ignore him and preferring to have the VCK and Thiruma who had consolidated a Dalit vote base in the same region where Ramdas is relevant; the social dynamics in the northern district is marked by the Dalit-Vanniar conflict and the VCK and the PMK representing the two communities on exclusionary basis.

The overtures and the huge space that the AIADMK was goaded to cede to Vijaykanth and his DMDK – four Lok Sabha seats and only one less than what the BJP took for itself – was not to the PMK’s liking. But then, Ramdas did not have a choice. The point is the AIADMK is a pale shadow of itself in 2014 and the only saving grace is that the two leaves symbol is left with the party now.

It remains to see if the magic that worked since MGR and with Jayalalithaa steering the party after him will work now. The AIADMK faces TTV Dinakaran, resourceful indeed and one who did not hesitate investing the resources in his possession in a by-election he contested in RK Nagar (that Jayalalitha represented) and won.

Add to this the by-elections to 18 assembly constituencies across the state that fell vacant after the AIADMK MLAs from these went with Dinakaran, in the name of Jayalalithaa, and were disqualified by the Madras High Court.

Note: Tamil Nadu will go to polls in a single phase on April 18, 2019. Apart from the 39 Lok Sabha constituencies, by-elections will be held for 18 assembly constituencies on that day.