Updated : January 17, 2020 01:54 PM IST
While architect Salma Samar Damluji from Yemen offered a riveting insight into her rehabilitation work in Yemen, architects Elizabeth Vines and Johanna Gibbons dwelled on the need for sustainable development.
HECAR chose Mumbai as a venue for WID 2020+ due to its rich legacy of Victorian Gothic and Art Deco architecture and cultural tapestry.

Here are some interesting statistics to consider, courtesy Christine Murray, editor-in-chief of The Developer magazine in the UK and founder of the Women in Architecture Awards: In the UK, the number of women architects has dropped by a staggering 10.3 percent, according to statistics in the Creative Industries Report by UK’s Department for Culture Media and Sport. Poland and Croatia also faced a five percent fall in women architects, according to the Architects Council of Europe.

In India, says Brinda Somaya, Principal Architect and Managing Director of Somaya & Kalappa Consultants, “female participation in the labour force across the board fell from 35 percent in 1990 to 27 percent in 2018. The statistics for those working in architecture are even more alarming — only 0.8 percent of women go into private practice become partners or senior executives”.

Brinda Somaya.
A rather significant indication that so many years after the ‘Queen of Curve’, the late Dame Zaha Hadid spoke about discrimination from peers and press, women continue to battle perceptions. Hadid, who received the 2004 Pritzker Prize at the age of 53, with just a small body of built work back then, had problems with how so many of the profiles written about her groundbreaking work remained “fixated on her womanliness”. Clichés such as ‘ball-breaking harridan’ and ‘vertiginous heels’, for instance, dotted a 2004 article on her by The Guardian’s Stuart Jeffries.

As the experience of Hadid — arguably the woman who punched a rather large hole in the glass ceiling with her stunning practice — shows, a lot of ground still needs to be covered and many women architects and designers, particularly in smaller countries or in men-dominated cultures, continue to remain anonymous.

Here is why I believe WID 2020+ was an important milestone.

A 20-year-journey of evolution: Twenty years ago, Somaya’s HECAR Foundation brought to the fore the groundbreaking work done by the largely ‘anonymous’ women architects in countries such as India, Pakistan, Bangladesh, and interestingly, Australia, who continue to face disdain from their male peers, through a platform called Women in Design – 2000+, fittingly hosted at the dawn of the new millennium.

Two decades is a long time and things tend to transform. It has for women architects: The second edition of Women in Design – 2020+ had far wider participation with 35 architects from some of the best practices across the world. This edition was leading-edge in more ways than one. It explored how the boundaries of design and architecture are being pushed by these women through their practices to include photography, art, film and literature. As Somaya says, some filmmakers and set designers, such as Anshuman Prasad, who has worked in films like Captain America: Winter Soldier and The Hangover, are trained in architecture and often explore the relationship between people and the spaces they occupy.

The idea, then, was to create a narrative that inspired a younger generation of architects and designers to pursue their passion. The three-day conference featured more than 35 designers and cultural practitioners sharing their stories, thoughts and ideas. Interestingly, HECAR chose Mumbai as a venue for WID 2020+ due to its rich legacy of Victorian Gothic and Art Deco architecture, which have been recently listed as The UNESCO World Heritage Site.

“The colours and contrasts spanning skyscrapers down to the streetscape, Mumbai offers a rich cultural tapestry that must be experienced to be understood.” If in 2000, the core idea was to “provide a platform for women in architecture in South Asia to showcase their incredible body of work and give them public exposure that they so rightfully deserved,” says Somaya, in 2020 the ambit extended to a global scale, to women not just in architecture but various other professions that are closely interlinked with it. Architect Nandini Somaya Sampat, Trustee, The HECAR Foundation, shared, “India has around 450 schools of architecture and over 65 percent of students in these schools are women. There are almost as many registered women architects as their male counterparts, and yet the presence of women architects is not felt equally in the profession. Through WID2020+, we shared the ground-breaking and large volume of work being done by women architects and designers from India and around the world. It will hopefully reinforce women’s position in the industry and ensure that they can play a leading role in the future.” The iconoclasts who attended: The list of architects and designers was truly made up of the mavericks and the celebrated. cc is the founding partner of the award-winning firm Tod Williams Billie Tsien Architects – TWBTA from Manhattan, who is designing the Obama Presidential Library. 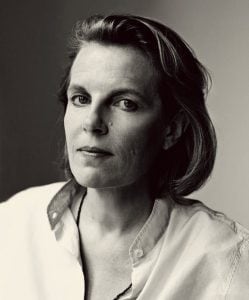 There was Annabelle Selldorf who has designed the Rubell Museum, housing the famous Rubell Family Collection, one of the largest private museums in the world. Mumbai-based conservation architect Abha Narain Lambah is known for her staggering portfolio of conservation work, straddling palaces, colonial-era houses, ancient serais in Punjab, the Royal Opera House in Mumbai, and even her documentation of the heritage of the Art Deco and Gothic-era buildings in the city along with other stakeholders, which helped them acquire the UNESCO World Heritage Site tag. Then there was Meejin Yoon, an architect, designer and educator who co-founded Höweler+Yoon Architecture in 2004. In 2014, she was appointed the first female head of the Department of Architecture at the Massachusetts Institute of Technology and in 2018, named Dean of the College of Architecture, Cornell University. If Australian Architect Eli Giannini spoke about how in her times, she was hesitant to mention she was a mother at her workspace, conservation architect Abha Narain Lambah shared how she took her daughter at a very young age to her sites for work. If architect Salma Samar Damluji from Yemen offered a riveting insight into her rehabilitation work in Yemen and the Middle East since the time of war, architects like Elizabeth Vines and Johanna Gibbons spoke about the need for sustainable development and the importance of interacting with the community at the grassroots level – both issues of importance in troubled times when conflict and environment degradation threatens to debilitate the world. At the heart of the conference was the long trajectory covered by women architects, artists, artisans and cultural practitioners, and the ‘activism’ often inherent in their work. As Somaya says, “At the heart of WID 2020+ lies the journey of architecture through the eyes of the master practitioners, who have the courage to work in war-torn countries, bureaucratic environments, have competed with and built for the best in the world.” 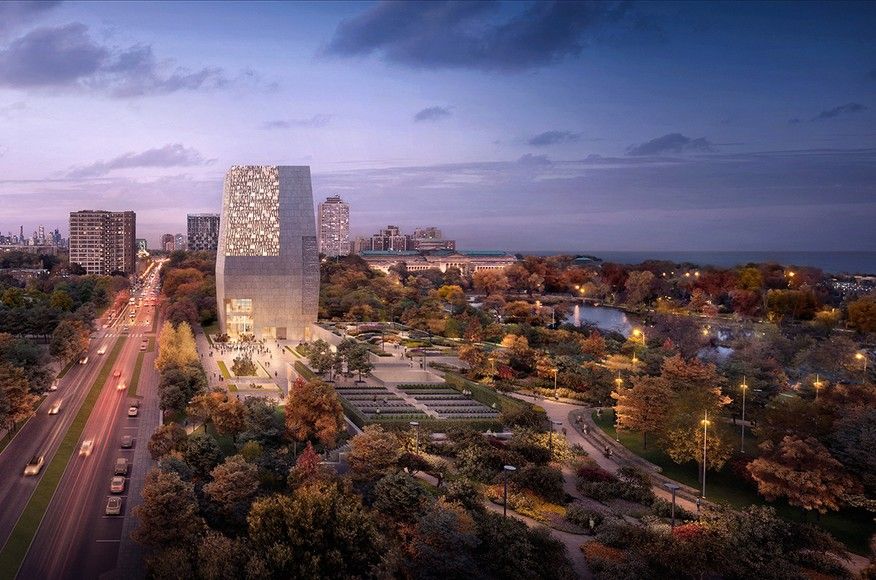 How radical this platform was can be gauged from a segment dedicated to ‘Women in construction, skilled workers and weavers’. Construction and weaving are at two opposite end of the design spectrum – while the former involves building contemporary cities and landscapes, the latter often is artisanal and draws from centuries-old traditions of weaving, printing. Yet, they were spoken about in the same breath. Somaya reveals, “When I first began practice 40 years ago there were women labourers on every site. Facilitating them was part of my job. There were women, their children. Today, there are far more construction sites across state and private projects — towers rise, highways unfurl, tunnels are bored, bridges are erected — yet quietly, insidiously even, they seem exorcised of women. On two of my recent sites, there wasn’t a single woman. This is where mentorship is critical and where women can be inspired by the stories of challenges being innovatively and bravely taken on by women professionals, at the WID 2020+ conference.” 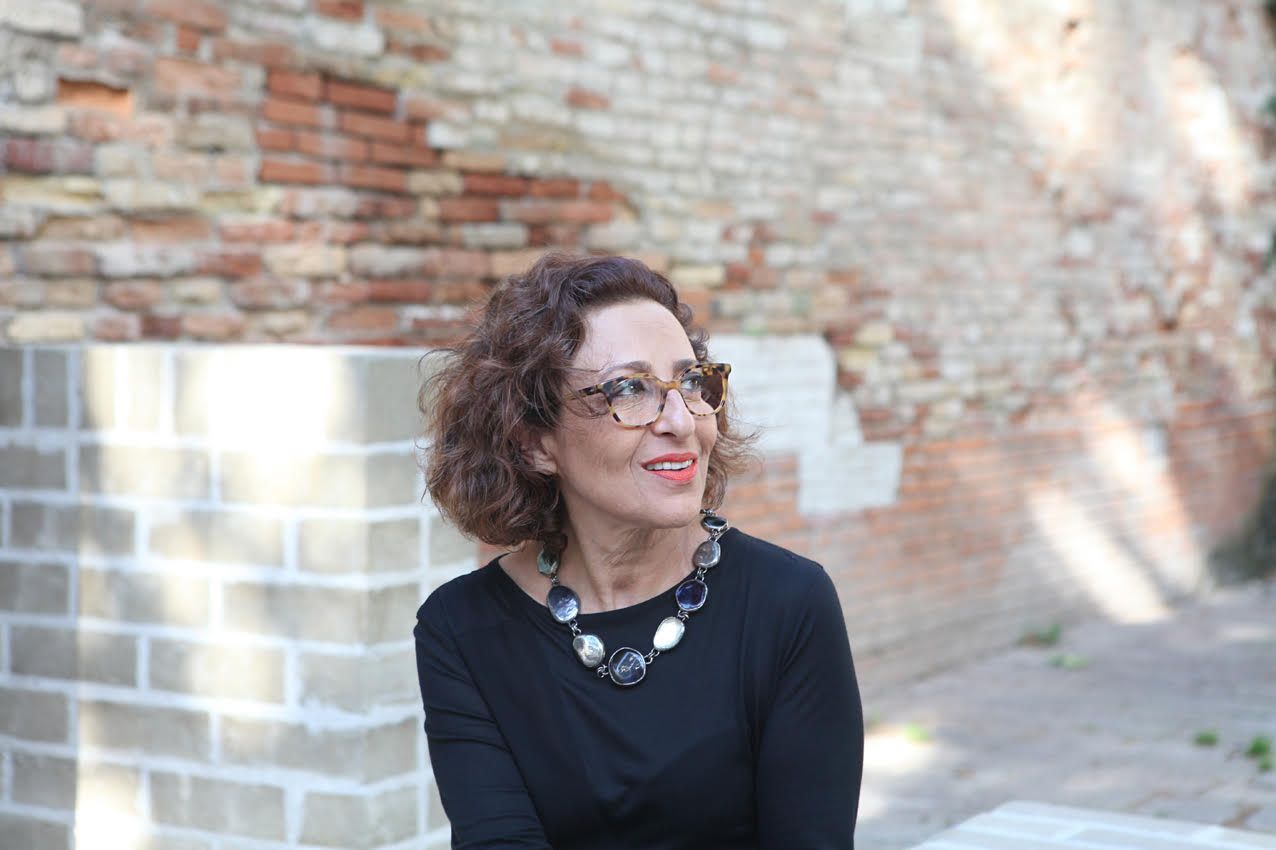 The conference was attended by Ratnamala Swain from Odisha, whose journey began as a contractor, and today, she is building her third hotel (one is run by the Taj Group) and won an award for entrepreneurship from the Government of Orissa.

The walk out of the shadows in the interim two decades: When Somaya began her practice in 1990, the days before the internet and email, there were very few opportunities for women professionals to network. “I was also curious to know the state of the profession for women architects. In 1990, I wrote to fellow women architects I knew about the possibility of a conference that would reflect on their individual work done without collaboration and in an independent capacity. I had defined the parameters but I received no response at all. I had worked during the decade of the 1990s in some isolation and I was not fully aware of the state of practice.” In 2000, HECAR ultimately hosted the conference and invited women who, though working in collaboration, had a significant body of work of their work. “I was overwhelmed with the response I received – just a decade later – from women with diverse practices and with exhaustive and varied portfolios.” Twenty years on, a lot has changed. Many more women have ventured out and established successful independent practices in India. Many have also founded robust partnerships. Women have contributed significantly to pedagogy and discourse in the past two decades. “Some women architects, who were at the very nascent stages of their practice, have transformed their offices into creative powerhouses in the past two decades since the 2000 conference and exhibition,” says Somaya, who herself is influenced by the work of Jane Jacobs, an American-Canadian journalist, author, and activist who influenced urban studies, sociology, and economics. Her book The Life and Death of Great American Cities (1961) is among Somaya’s favourites; Jacobs believed that public spaces and architecture were vital in engendering a secure sense of community.