Updated : November 15, 2019 01:48 PM IST
Indian hotel groups, cottoning on to the growing enchantment with Michelin chefs, fly in culinary greats for exclusive pop-ups and events.
Quilon at Taj 51 Buckingham Gate Suites and Residences, London, is the only Indian restaurant to have retained its Michelin star for 13 consecutive years.
While Marriott has flown down three chefs under its Master of Marriott programme, The Oberoi, Mumbai has taken the lead to get in some unusual names through the year.

This is a story I enjoy retelling from the world of luxury dining. A super-rich man from India (one of the new-age entrepreneurs from the world of e-retail), used to getting a reservation at any restaurant not just in India but across Asia at the last minute — provided money is no object — could not land himself a reservation to dine at the restaurant, Dinner by Heston Blumenthal in London. The restaurant was booked in advance, packed to the gill, and the chef would not budge, despite him attempting to pull all possible strings. His friends suggested other restaurants but the gentleman wanted to “eat only at a Michelin star restaurant”. 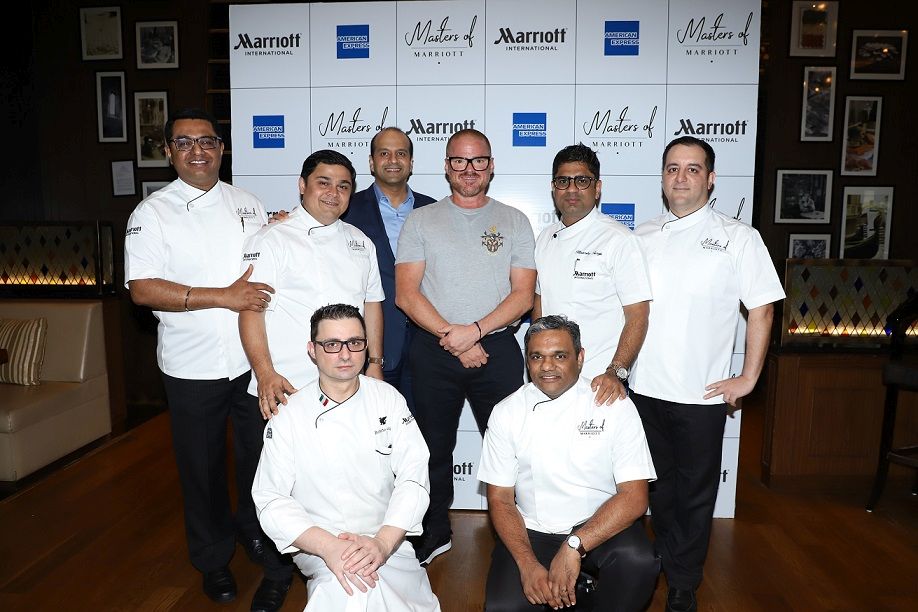 Heston Blumenthal in India.
Since then, more Indians are travelling internationally to Michelin-starred restaurants, particularly on private tours, Chef Blumenthal told me in an interview. Viator, a leading seller for tours online, is often used by Indians to book Michelin star tours in cities such as Hong Kong and London, according to Chef Atul Kocchar, once the chef-patron of Michelin-starred Benares in London (who had to quit the restaurant, as well as the one he was helming in Dubai’s JW Marriott Marquis hotel, after a series of anti-Islam tweets directed at Priyanka Chopra). Viator’s representative in London says that the bookings by Indians for the Michelin star tours across countries such as Spain and the UK have jumped by almost 30 per cent in the last one year.

For those who cannot get that much-desired reservation at the nth hour, like the aforementioned gentleman, Indian hotels are flying down Michelin chefs pretty much at the rate of one per month, to offer culinary experiences by some of the greats in the business. Here too, The Oberoi Group seemingly takes the lead. The Oberoi Mumbai, which hosts Ziya, a restaurant by Michelin star chef Vineet Bhatia, has had a stellar list of chefs who run some of the best Michelin-starred restaurants in different parts of the world.

Just last month, I met up with Chef Marcel Ravin at The Oberoi Mumbai. Chef Ravin runs a one-star restaurant in Monaco and uniquely combines flavours of the Caribbean islands and the Southern seas. He had taken over Vetro at the hotel for a culinary showcase of his tasting menu, which featured a 3-course tasting menu for lunch and a 4-course Chef’s Gourmand menu for dinner. 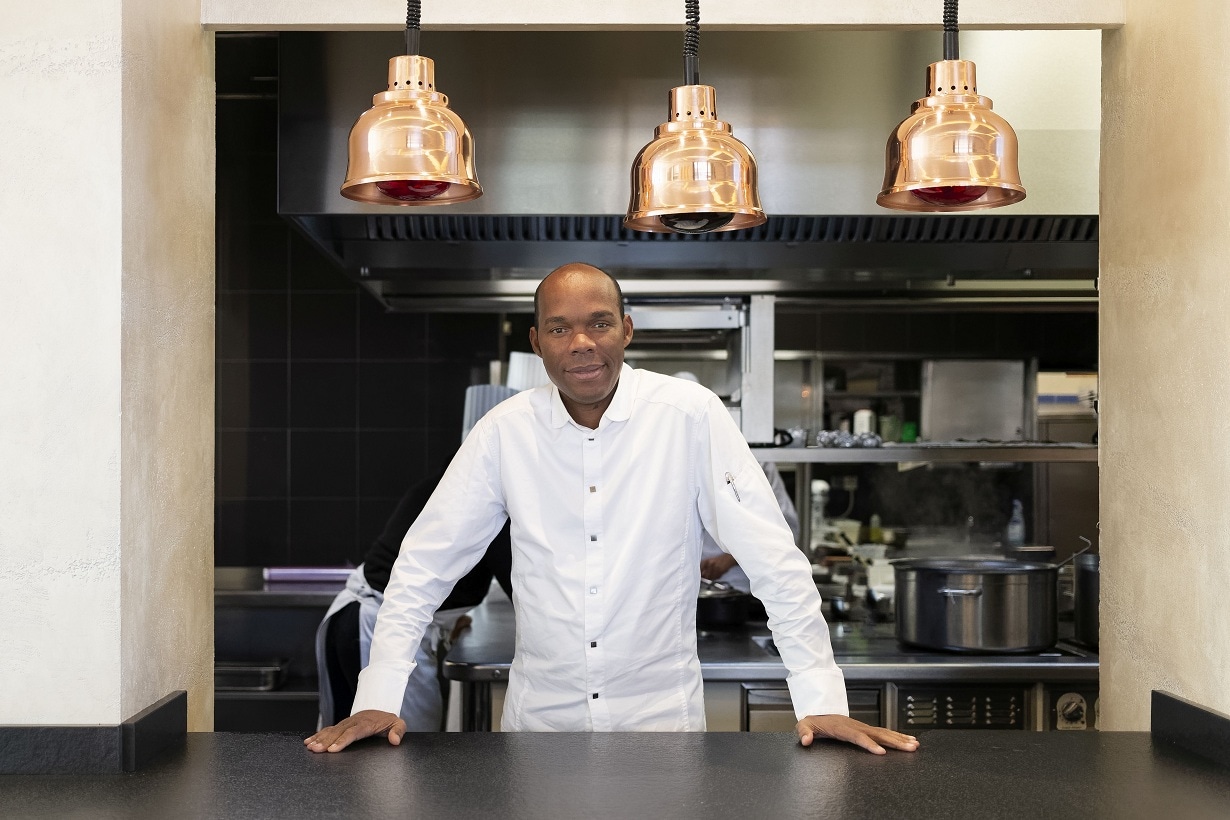 “My cuisine draws as much from my personal history and memories of growing up in the Caribbean and my grandmom’s cooking, as it does from where I live today, the seasons, from world markets I visit, and from my organic vegetable garden,” he says. “Caribbean food is a blend of several influences, right from the time of slavery, besides cheap labour provided by immigrant Indians, immigrants from China, Lebanon and Europeans seeking a new life… I became an apprentice of all these differences to create my own cuisine. I have picked up spices in India and that will make its way into my food soon. It is ultimately the product that defines my cooking; adhering to the seasons and using small producers.”His signature dishes include organic egg with truffle, cassava and maracuja juice (passion fruit in creole), while his signature dessert is a chocolate and passion fruit partition with cocoa bean and passion fruit sauce. 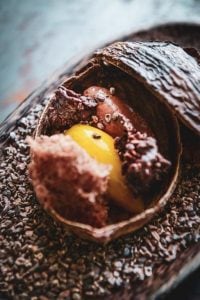 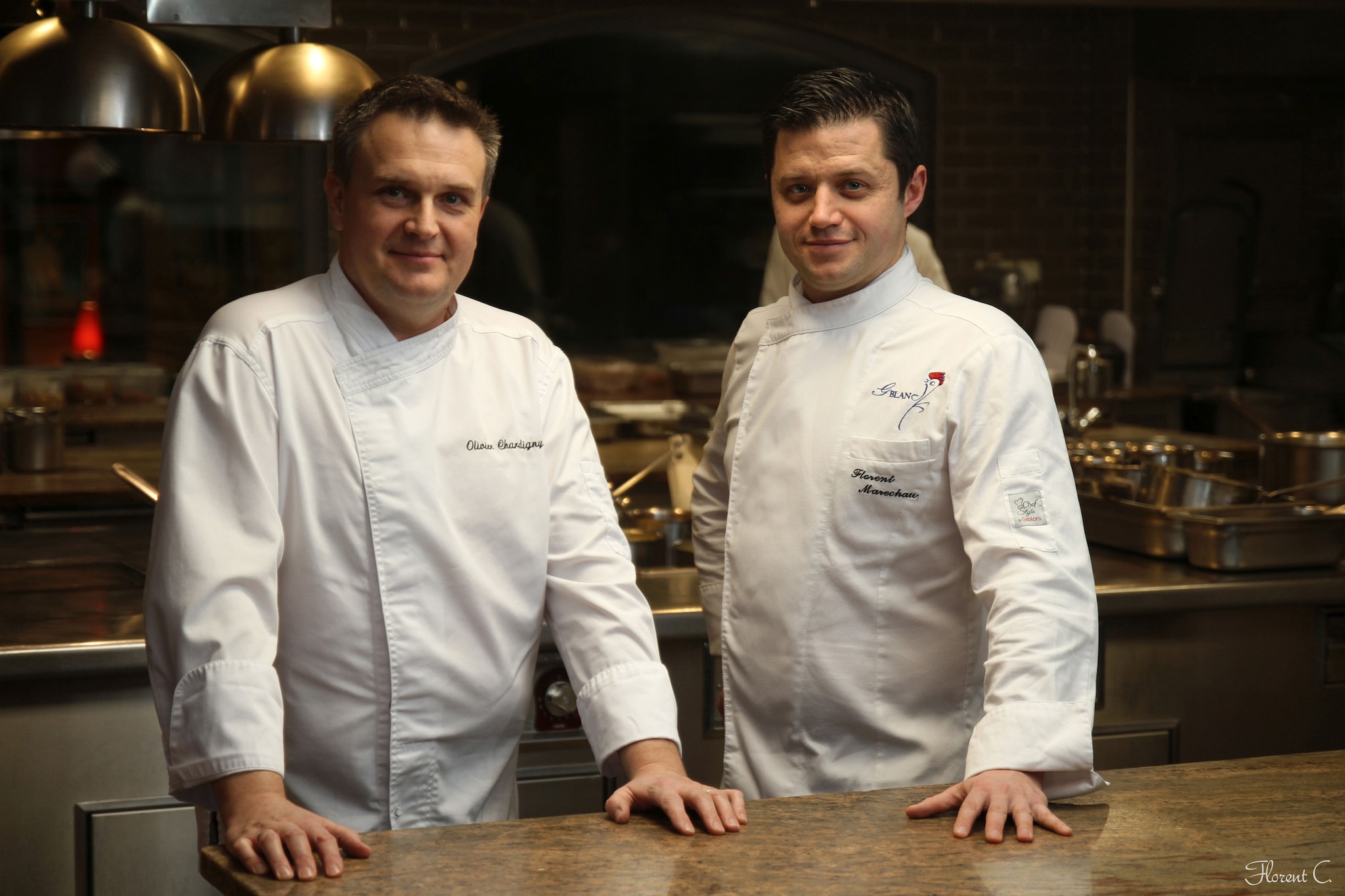 Chef Bakshi contends, “Dining now is not just about the cuisine on offer, but also about creating an entire experience. Guests often choose hotels based on their previous dining experiences. We present the finest culinary offering from around the globe at the hotel, helping to create a culinary and lifestyle destination in the city. Ziya is regarded as a destination on its own and has guests who travel from around the world to dine at the restaurant. Last year, we had Chef Alain Passard at Vetro. The dining experience is as much about food as an immersion into simple, thoughtful use of ingredients and their presentation.” 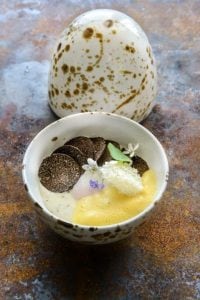 The chefs often end up using produce from local farmers, indigenous ingredients such as coloured baby carrots, baby beetroots and baby radishes, and fresh seafood from port cities like Cochin, Vizag, Chennai, West Bengal, Gujarat and the Andaman and Nicobar islands. “We make sure that the farms and orchards we source from, protect and restore natural systems through effective management practices, such as choosing crops well-suited for their local growing conditions, minimising the use of synthetic pesticides, and avoiding the use of groundwater for irrigation,” says Chef Bakshi. “This means, the Michelin chefs get as good produce in India to work with as they do back in the countries they work in.” 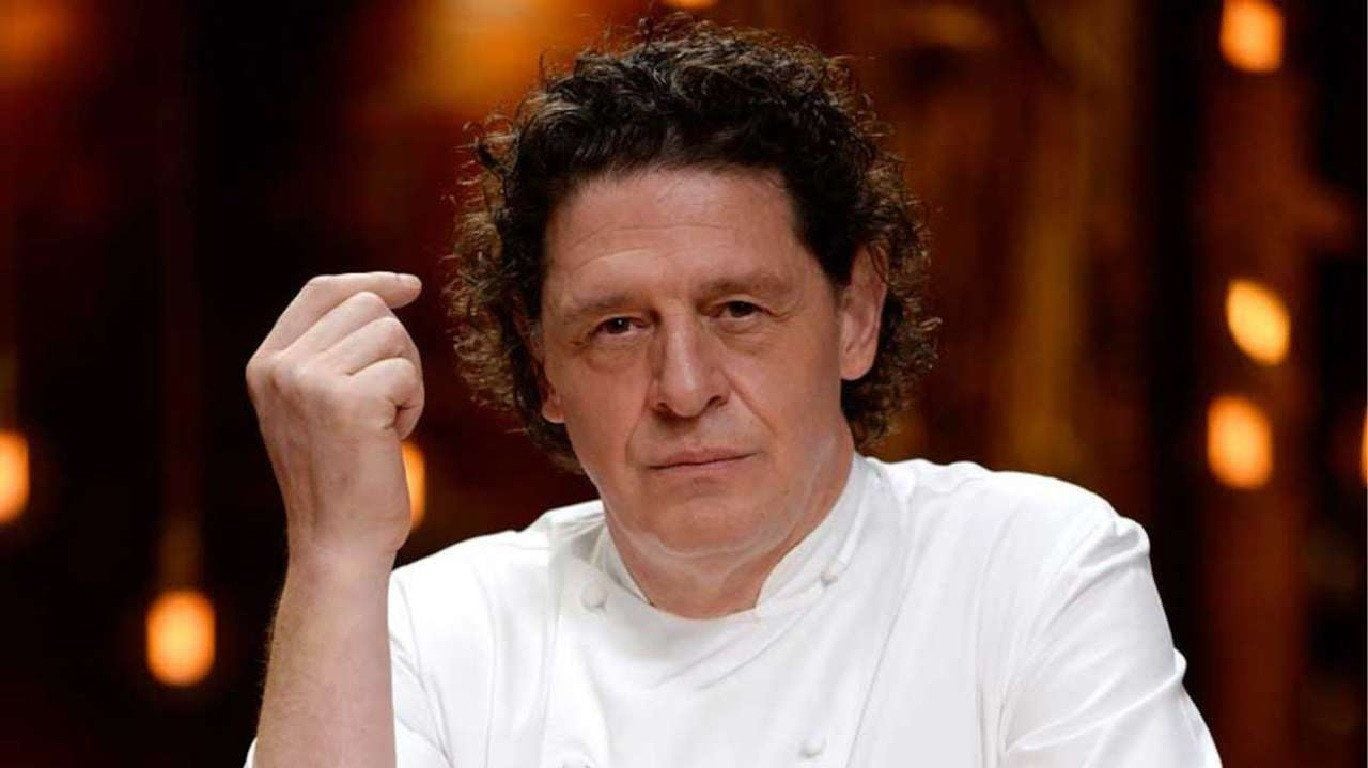 Marriott International has flown down three Michelin star chefs for its much-vaunted ‘Masters of Marriott’ programme this year. Chefs Marico Pierre White, Heston Blumenthal and Julien Royer spun their culinary magic for a host of Indians. While Chef Blumenthal, known for his passion for enhancing flavours by using unusual techniques (his early success was Bacon and Egg Ice Cream that had a bacony flavour in rich egg-laced custard that went into the ice cream), cooked up his iconic lamb scotch eggs with pea and mint soup, roasted scallops, powdered duck and macerated strawberries for Indians, Chef Marco rustled up signature creations such as cream of pumpkin, creamy polenta with fresh truffle, poached croustade of eggs and wild mushroom risotto. 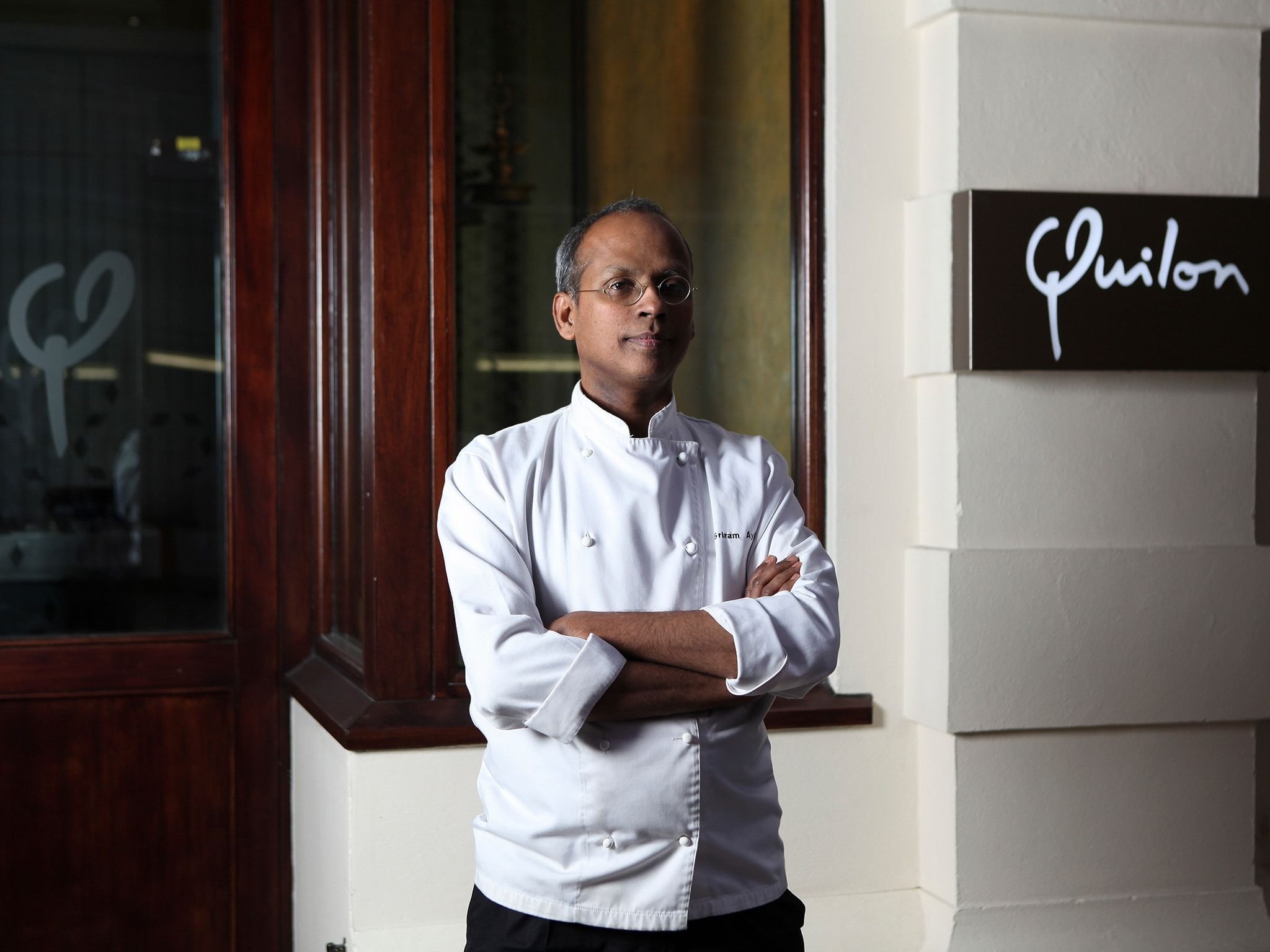 Michelin stars, which are considered the world barometer of excellence in cuisine, continue to elude restaurants and chefs within India. There are very few Indian restaurants anywhere in the world that can boast of one. The Michelin-guide 2020 lists a few, among them Amara in London, Gaa in Bangkok, and not to forget Quilon at Taj 51 Buckingham Gate Suites and Residences, which retained its Michelin star for 13th consecutive year. It is run by Chef Sriram Aylur who serves the cuisine of the southwest coast of India, a highlight of which is its sublime seafood. The Michelin-star guide lists reasons such as the use of “ingredients that are first-rate and cooking confident and assured; dishes may look simple but offer a terrific balance of flavours,” for its consistent performance. Quilon was first awarded a Michelin star in 2008, putting the restaurant firmly on the international food-lovers map. 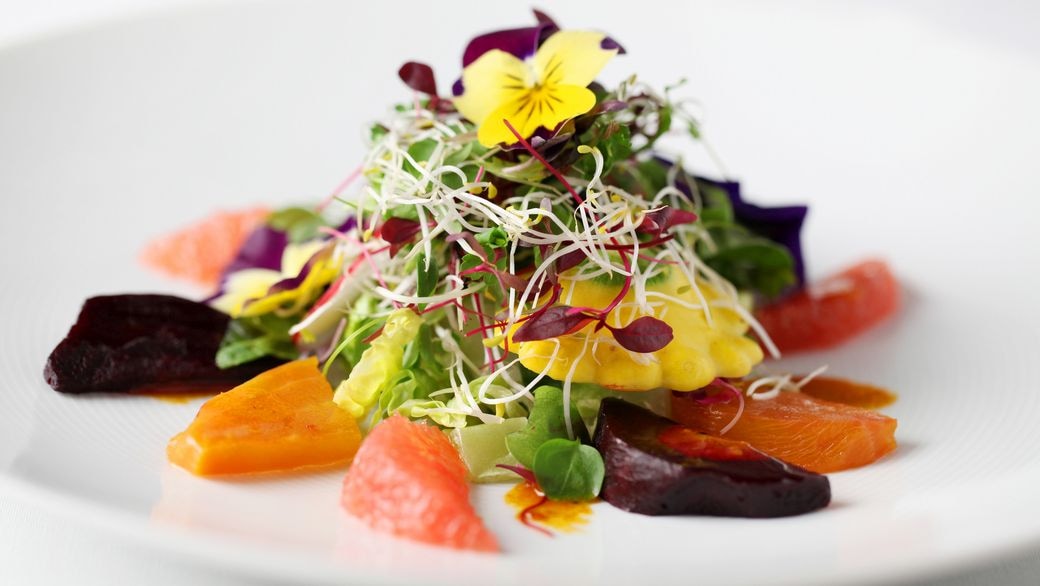 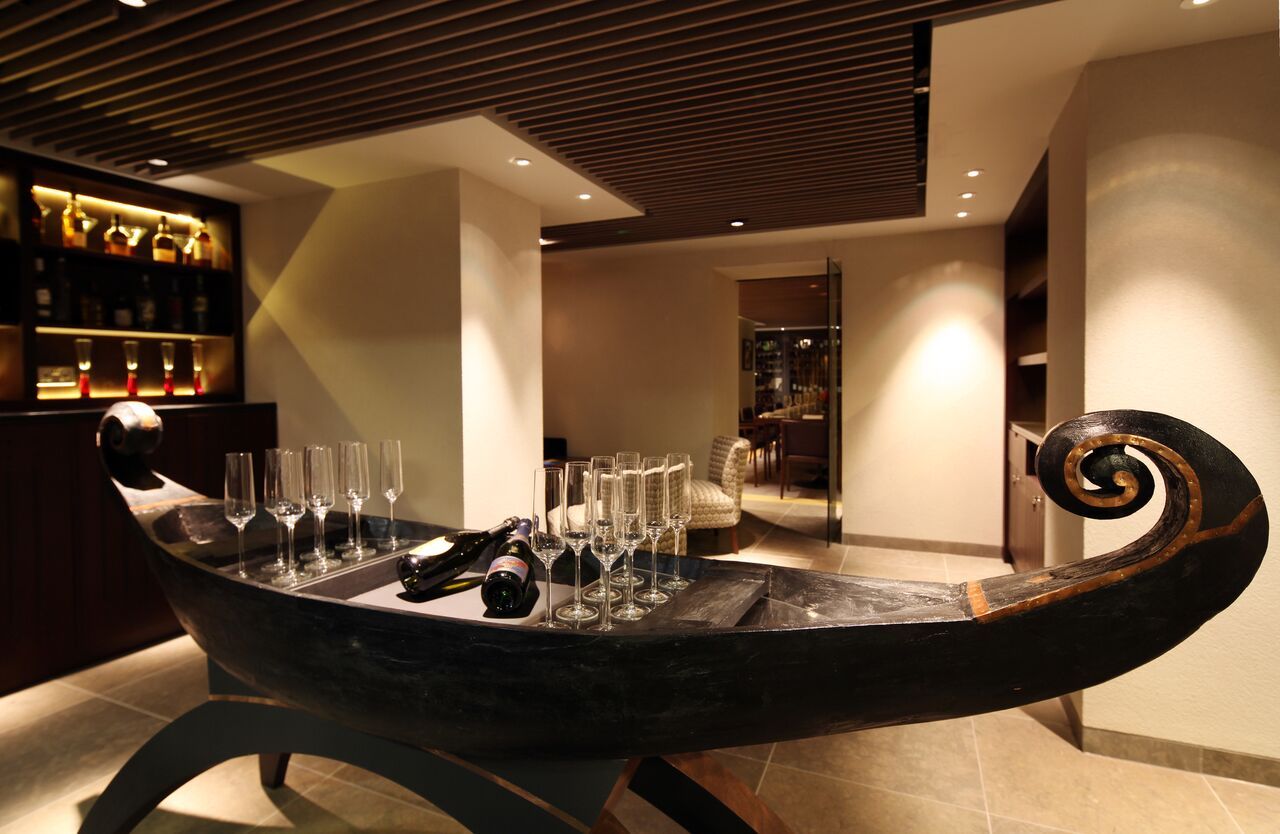 Chef Manish Mehrotra, whose New York iteration of Indian Accent (the flagship is in Delhi’s Lodhi Hotel) is considered world-class, says, “Indian cuisine has always depended on its wide array of spices, deep flavours and complex recipes for differentiation. The West finds it difficult to understand our food, particularly because we do not have fixed measurements for the ingredients and spices used.” The lack of consistency and our ability to add spices “andaaze se” (using your instincts) proves to be a roadblock, though this very characteristic has helped create a complex culinary heritage.