Dine out at government expense to beat COVID-19

Dine out at government expense to beat COVID-19 British Chancellor of the Exchequer Rishi Sunak's plan is expected to cost 500 million pounds and expected to support the hospitality business that’s been hit particularly hard through the COVID-19 lockdown. 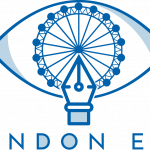 LONDON: Of all measures any government has taken to bring economic recovery from COVID, British Chancellor of the Exchequer Rishi Sunak has certainly brought in the most unusual. Through all of August, anyone eating out can get ten pounds off per meal at any of a number of restaurants. ‘Eat out to help out’, the government scheme is quite simply called.
So from Monday to Wednesday in August, anyone can book in at a participating restaurant, children included, and each can eat at half price, up to ten pounds off the bill. The food and bill balance works best of course for a meal that is listed normally to cost 20 pounds. You can go as often as you like. The government will publish a list of participating restaurants after owners make their offers from July 13 on joining the scheme. Several have announced already that they will.
The offer stops short of applying to alcoholic drinks.
“A first-of-its-kind government discount,” Sunak announced. That it certainly is, intended to release the economy from the lockdown just as people begin to come out of it. Sunak himself stepped in to serve diners at a Wagamama restaurant in a demonstration just how passionate he is about the scheme.
The bill for the government, the taxpayer that is, is expected to cost 500 million pounds. An Indian equivalent would be for Nirmala Seetharaman to make a national offer of paying Rs 5,000 crore to anyone eating out at restaurants as much as they like next month. Or 18 to 20 times that much, if you figure out how much eating out in India, would happen per capita.
The plan, Sunak said, will support the hospitality business that’s been hit particularly hard through the COVID-19 lockdown, and the estimated 1.8 million people who work in it.
Any push to get people spending is of course familiar policy in fighting off a recession, even if this among the “creative” steps Sunak has promised startled many. Pockets do freeze in the face of a crisis. Former US president George W. Bush made a national call to Americans immediately after the 9/11 attacks to go out and buy something. The Great Depression is now believed to have lasted that long, and got that bad because the US government then restricted the release of liquidity in the interest of balancing the national debt, or at least limiting the imbalance. In 2008, and again now, governments have been doing it differently.
In line with measures taken in most countries, Sunak has heaped cash into pockets through direct payments to all whose employment has been affected, he has cut VAT and stamp duties, and brought in other encouragement to get people to spend more and pay less tax—for now. Sunak promised, at the start of the COVID lockdown, that he would do “what it takes” to support a bounce-back in the economy. Nobody thought then this could mean half-free meals through a summer month at some favourite restaurants.
Britain’s tax department hasn’t found Sunak’s offer exactly mouth-watering. Her Majesty’s Revenue and Customs (HMRC) head Jim Harra has told Sunak, politely, in correspondence now released, that the restaurant scheme is not value for money. "By nature, this is a novel scheme meaning there are also particular value for money risks surrounding the level of potential losses that could arise," he said. Translated into plain speech, he was saying this could mean just a lot of taxpayer money down restaurant sinks. He was even more caustic over a government plan to grant every firm a thousand pounds for every job it retains.
The official indulgence shown to restaurants has had its other critics. Restaurants were allowed to open far ahead of gyms. “It is a strange ‘war on obesity’ that sees pubs and restaurants open before gyms,” the PureGym chain said in a statement. Obesity has been found to be a major factor in COVID morbidity.
Gyms will now reopen July 25 in what has been called (not officially) a “work out to help out” initiative. Who could say that placing restaurants ahead of gyms could be attributable partly to the fact that other than his qualities as Chancellor, Rishi Sunak is not obese by any means.
—London Eye is a weekly column by CNBC-TV18’s Sanjay Suri, which gives a peek at business-as-unusual from London and around.
Read his columns here.
Check out our in-depth Market Coverage, Business News & get real-time Stock Market Updates on CNBC-TV18. Also, Watch our channels CNBC-TV18, CNBC Awaaz and CNBC Bajar Live on-the-go!