In the looming economic crisis in the post-COVID-19 world, India could emerge as a great economy if it plays its cards well right now. Its dominant rural population engaged in agricultural and Allied Industries could hold the key to its fortunes and establish the nation as the ‘Granary of the World’ meeting essential needs at premium prices. With a little push in the right direction from the government, introduction of corporate culture in agriculture and skillful management of the immediate crisis, India could well be on the map of the strongest economies in the world once the COVID-19 eclipse begins to wane.

Though there are imminent challenges in the battle against COVID-19 such as inflation, unemployment, deepening poverty but if India moves from its ‘Make in India’ approach to a new ‘Grow in India’ strategy there is a new dawn awaiting the country. We need to disabuse ourselves of the notion that manufacturing will shift to India because China has taken a hit right now.

Of course, first we need to set our own house in order and address the urgent issues of stranded migrant labour and support to farmers to help them store their perishable goods. I have spoken to farmers who say while they are not affected by COVID-19 and are harvesting their produce, the only stumbling block is reaching their produce to the mandis in towns. Labour, in fact, has been more readily available as several migrant workers have returned home. Even if some of the perishable items are going waste, they are being sold at higher prices making up for the farmer’s losses.

In India, rural folk is largely engaged in agriculture and allied activities. This section constitutes 70 percent of the total population. The harvest season from January to April is upon us and Rabi crops like wheat, soya bean, and several other food grains will soon begin to hit the markets that have begun to run dry. The 21+19 day nationwide lockdown has led to emptying godowns due to panic buying and increased consumption during this period. As the agricultural produce begins to reach the mandis, farmers can hope to make far better gains, thanks to increased demand.

Agriculture contributes 15 percent to the GDP and majority of the population engaged in this sector is unlikely to have any major impact since the resources, essentially cheap labour will continue to be available freely. Also, apart from India, there will be a high demand for food grains across the globe. There could possibly even be a food crisis around the world and India should use this as an opportunity to develop and sell ‘Grow In India’ on priority. It would pave the way to meet the global demands and feed the entire world, thus earning the sobriquet ‘Granary of the World’.

As Mahatma Gandhi had once said, ‘India lives in its villages’ and ‘agriculture is the soul of the Indian economy’, this could be that opportunity to become the ‘land of glory.’ India is blessed to have all the requisite resources — land, high population which means aplenty cheap labour, water for irrigation among other basics. These could be channelised to productive use. Introducing corporate culture in farming & Allied Industries could derive optimum results since the agricultural sector is neglected and has unfortunately never been the government’s priority despite its dependability in times of crisis. Demonetization in November 2016 and the COVID-19 impact has largely familiarised Indians with technology and pushed more and more people to engage with it while digital payments have helped sustain livelihoods.

The top world economies — America, China, Japan & Germany and several other European and western countries presently are the worst affected due to the Corona impact. It will take them a very long period to recover and be self-sufficient and then cater to the global needs for food and food-related items though they were exporting food and food-related items to the world. Today the world looks at India for supplies of the anti-malarial drug Hydroxychloroquine and as many as 25 nations are drawing their requirements from us, but soon the world will run out of the basic essentials such as food grains and there too India could step in. 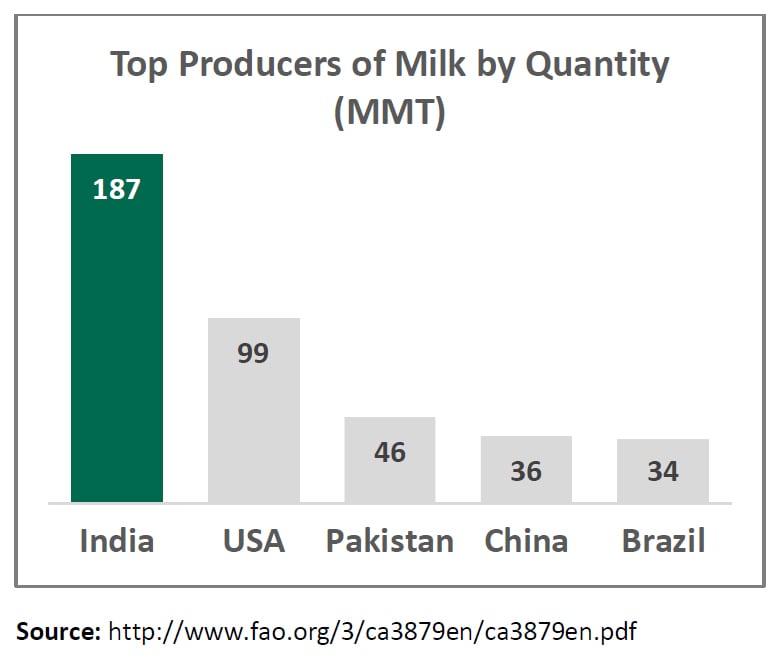 Consider this — India is the largest producer of milk and accounts for 19 percent of the world’s milk production, the second-largest fruit and sugar producer, third-largest farm and agricultural producer and is the sixth-largest food and grocery market (as per a Ministry of Agriculture report).On the other hand, India's essential items dependence on foreign nations is for Oil and petroleum-related products. Hence India is in a position to convert the current crisis into advantage by feeding hungry mouths across nations.

Of, course there are issues closer home that need urgent attention. The government must step up its relief measures for the 4.5 crore migrant daily wage workers as they make their way back home. Images that have come out so far of migrant workers walking along highways, without food and water, have been devastating, to say the least. Inflation, unemployment and poverty stare at us and the lower and underprivileged sections of society are inevitably going to be the worst affected due to the emerging economic crisis. The government, as well as the corporates, will be hard-hit since manufacturing and services will bear the major impact of the economic crisis. In turn, the government’s direct and indirect tax collection will be reduced to

a great extent and this will have a spiraling impact on social spending programs of the government.

India is the largest producer of Milk in the world. There is great opportunity to increase the export of milk products and this opportunity can be explored by the private sector in collaboration with milk producer groups or cooperatives with appropriate encouragement by govt agencies. AMUL is well known unparalleled success in this segment. Many more similar success stories need to be created by ensuring the sharing of gains with the larger community, involving private sector and sharing risks, with the policy support by the government. To take advantage of the post-COVID-19 environment, there is an opportunity for increasing wheat and rice export. This should be supplemented by the identification of suitable areas or regions to be developed on the lines of export promotion zones where farming could be undertaken in the private sector with the active partnership of producers. Suitable risk mitigation strategies could be evolved. Further value-added products of wheat and rice could be exported. For example, Turkey imports wheat from Russia and exports Pasta to Europe. Vegetables & Fruits export offers another area of opportunity, especially, in middle east and neighboring countries. There is an opportunity to identify pockets/regions where adequate infrastructure is already available and with the appropriate transportation to the ports, fresh vegetables and fruits could be exported. Value addition in this area, for example, potato and banana chips, and natural fruit juice marketing offer another opportunity for exports.

Similarly, there is a large potential in the liquor and Pharmaceutical industry. Where know-how and infrastructure along with policy support will ensure faster export-led growth. Of course, the success of above approach will depend on identifying the commodities, regions and carefully crafting the policies to promote Agriculture & Allied Industries in a big way.

Thus, it can be concluded, that given the availability of huge farm labour force, arable landmass and suitable environmental conditions across the country, different areas or regions may be developed as hubs of economic activity, with the participation of corporates, communities and encouraging policy framework to pave the way towards prosperity in rural areas and get ready to realize possibly big opportunity post-COVID-19.