Belfast beckons: Of a ship, two cranes and a Mai Tai

Updated : November 14, 2019 06:04 PM IST
The Merchant owns one of only six bottles in existence of Wray and Nephew Rum, which was used by trader Vic Bergeron to create the original Mai Tai.
The Titanic Quarter, the site where the RMS Titanic was built and departed from, in 1912, and is now one of largest urban-waterfront sites in the world.

Not many cities can afford to puff so much. It is a city with too much fame to its name. Titanic was built here. Not the film. The real Titanic which was once the world’s largest movable object. Yes, the ship that sank on April 14, 1912. Against the city’s skyline loom two cranes. Not the ones that fly. But two yellow gantry cranes called Samson and Goliath, still the biggest free-standing cranes anywhere in the world. Beyond ships and cranes, the city prompted literary imagination. Cave Hill, a basaltic hill is believed to have inspired author Jonathan Swift’s sleeping giant in his Gulliver’s Travels novel. Story is that when Swift lived in the city’s Lilliput Cottage, he imagined Cave Hill as a sleeping giant safeguarding the city.

There’s more to Belfast that merely means “(river) mouth of the fjord” (from Béal Feirsde in Irish). Led Zeppelin’s Stairway To Heaven was first played live in the Ulster Hall; James Murray invented Milk of Magnesia; and John Boyd Dunlop developed the pneumatic tyre. If you have ever eyed Sherlock Holmes’ overcoat, remember it was a man from Belfast named John Getty McGee who made the coat with pleats, pockets, belt and an optional cape. And, to wash down all the facts, here, you can drink the world’s most expensive cocktail - a Mai Tai for $1,300 at The Merchant Hotel. 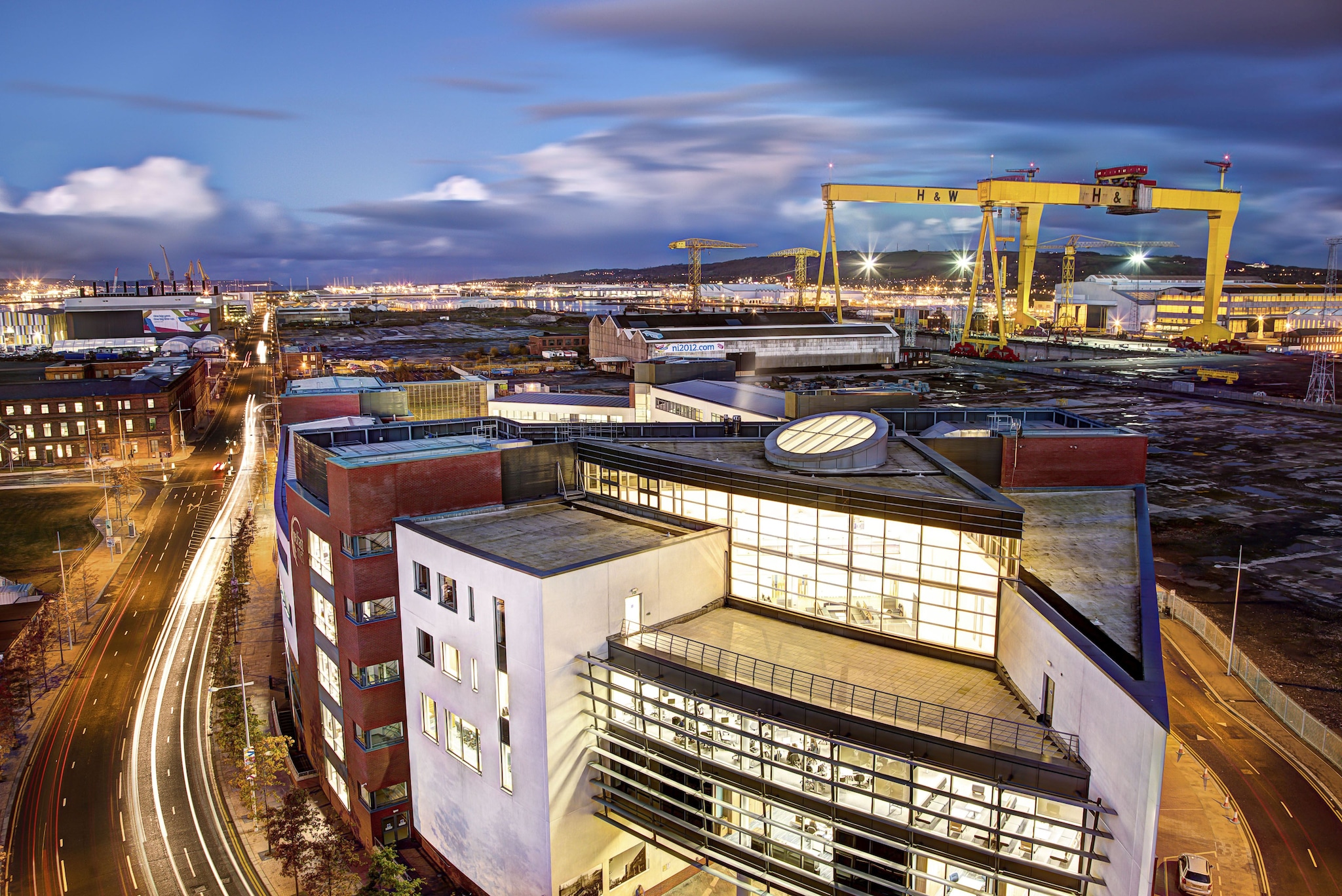 Facts were swirling in my head and I wasn’t sure where to begin. I could start with what Oscar Wilde thought was the only beautiful building in Belfast or go to the world’s most bombed hotel. Wilde’s favourite building is now a Marks & Spencer Store; and Europa, the most bombed hotel (bombed 36 times during the Troubles) looks too prosaic. So, I joined the crowd and settled for what everyone begins with. 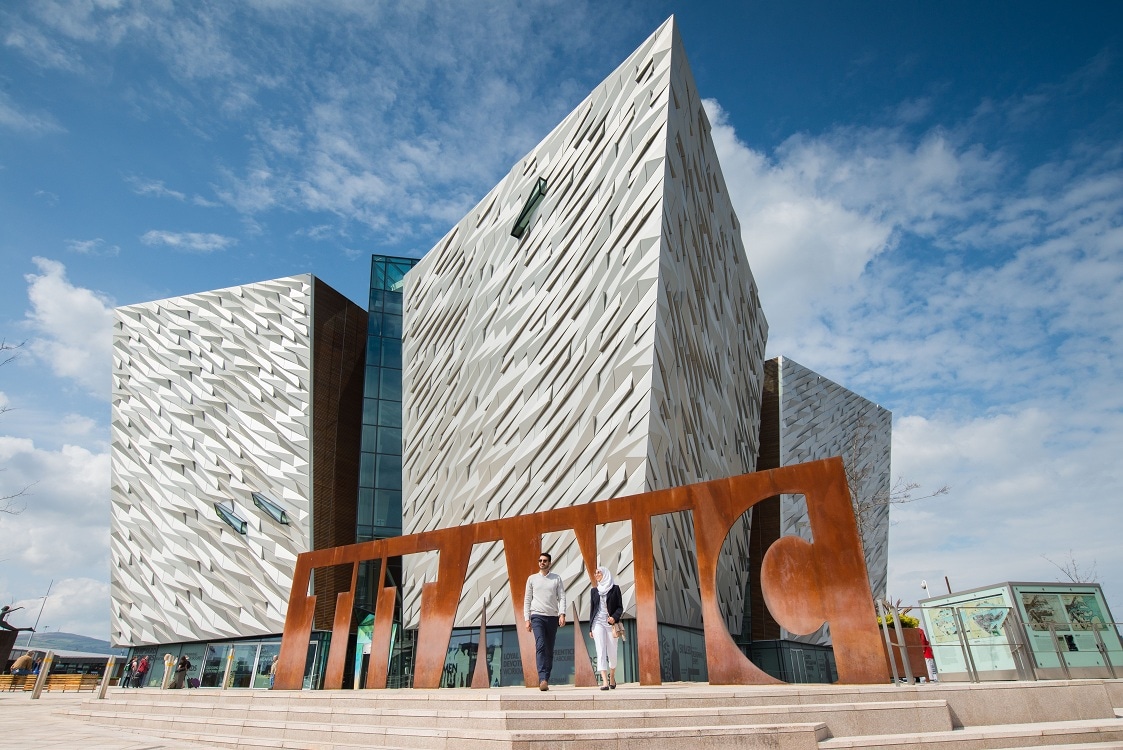 The Titanic Quarter, the site where the RMS Titanic was built and departed from, in 1912, and is now one of largest urban-waterfront sites in the world. I stood by the large hole that was specially dug to fit the colossal hull of the Titanic; I peeped from behind the grime of the window of Harland and Wolff office where designers poured over drawing boards to make the blueprint of what they ironically flaunted as the “ship designed to be unsinkable.” I gawped at a stunning array of Titanic’s artefacts - steward’s badge, a commemorative jewellery box, and Philomena – a doll rescued from Titanic’s floating wreckage. 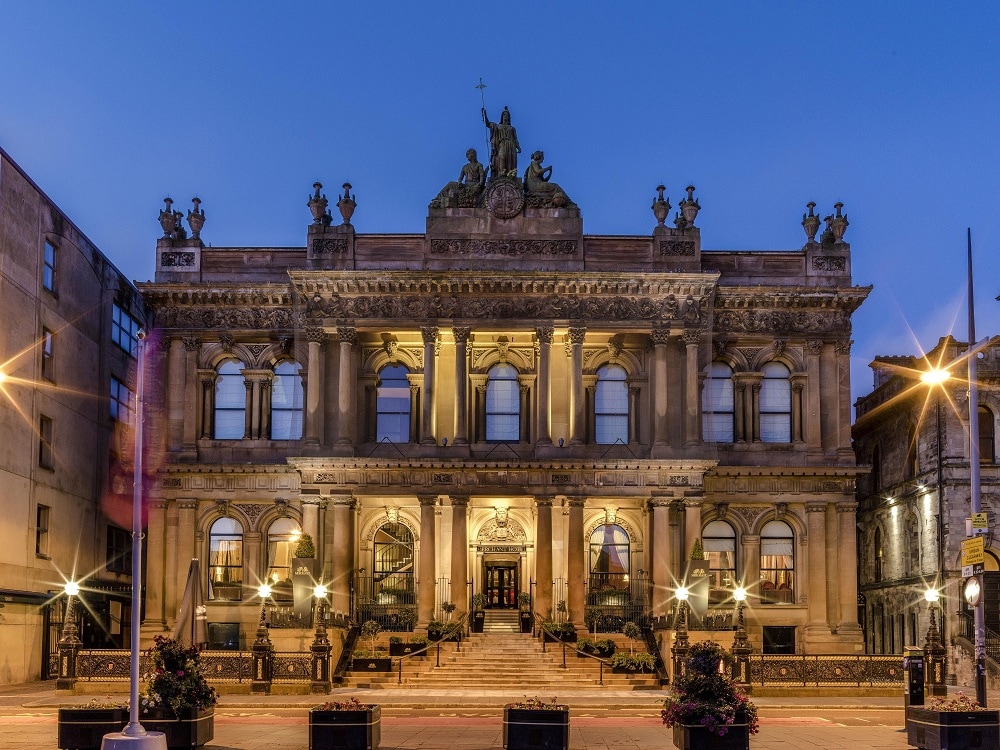 The Titanic Quarters shimmers at night but nothing compares to the ostentation of The Merchant Hotel. Walk in and one wonders whether it is a Roman cathedral or a palace -- Victorian lamp posts embellished in gilt, unending steps in buff, ornate glass dome, stained glass windows, walls and pillars laden with figurines, modern stone sculptures in the garden. Not a cathedral. Nor a palace. The Merchant was originally a bank but it still has the swagger of a rich man -- it owns one of only six bottles in existence of Wray and Nephew Rum, which was used by trader Vic Bergeron to create the original Mai Tai over 60 years ago. Of that one bottle, only 15 servings of the Mai Tai is left. The 750 mL bottle is more expensive than the price of gold; it is worth a whopping Rs 22 lakhs! If that price does not scare away Bacchus, what would? Games of Thrones is a must-do in Belfast.

That day in Belfast I was hurrying from a ship to a bank and was hoping to meet an Emperor in Malmaison hotel. Emperor Napoleon Bonaparte. Actually, this time his wife, Josephine de Beauharnais, who bought a rundown 150-acre Chateau Mailmson near Paris for a princely 300,000 francs in 1799. Like the chateau, the Malmaison hotel has no orangery for pineapples or a hundred stoves to keep the greenhouse warm, but it retains the tongue twister of its name and has its own curios – a large box camera, Victorian chaise lounges, black wooden trusses, doors with unusual knobs, five faces sculpted on the Baroque façade to represent five continents and a black bell that hangs over the reception. Belfast puffs of so many things but history lives in its walls. The Peace Wall (Peace Lines) wearing a wreath of barbed wire once segregated the Protestants from the Catholics – geographically, it was an ordinary macadamised street that stood in between the two warring factions, metaphorically, it was the raison d etre of the ongoing strife that lasted nearly 30 years. Now, the Wall remains a mere reminder of the troubled times but the scribbled and the sprayed narrative and images of the graffiti continue to tell tales. The paint might have faded at some places but even behind pale paint and erased alphabet one can see history. History of a city that’s the ‘mouth of a fjord’. 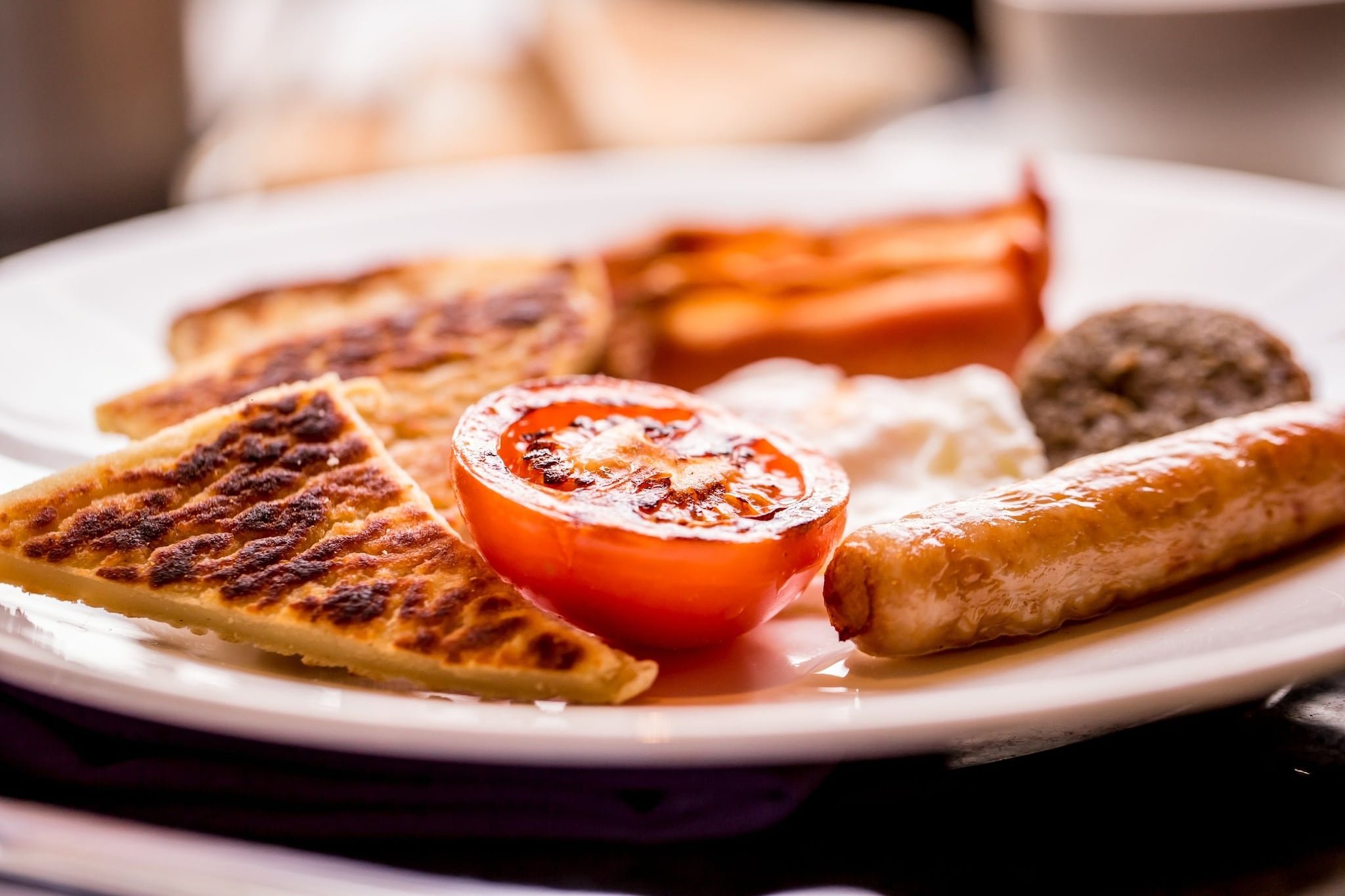 Must dos in Belfast