Ban on Chinese apps: Sending a strong message to ourselves

Updated : July 06, 2020 04:27 PM IST
The ban was ostensibly triggered by long-standing concerns in the Indian establishment about cybersecurity, non-transparent data collection, backdoors, and links between Chinese companies and the Communist Party of China.
Shareit, Tiktok, Helo, Likee, Clash of Kings, and YouCamMakeup were among the top apps in India and boasted of tens of millions of users.
Chinese companies have accounted for approximately 11 percent of investments in India’s tech startups.

In a week, 59 Chinese apps were banned by the Indian government. The objective was clearly to send a message to the Chinese government about the death of 20 Indian soldiers. Since then, most of the apps have disappeared off the app stores, their websites are no longer accessible, even with a VPN. Our news channels claim this as a definitive victory.

A few important trends stand out. The government banned the most popular Chinese apps. Shareit, Tiktok, Helo, Likee, Clash of Kings, and YouCamMakeup were among the top apps in India and boasted of tens of millions of users. Since many of these apps did not need literacy or were available in regional languages, they were hugely popular in India’s rural areas. On the other hand, they have also targeted browsers, utility and file-sharing apps whose data collection practices are unclear.

The ban was ostensibly triggered by long-standing concerns in the Indian establishment about cybersecurity, non-transparent data collection, backdoors, and links between Chinese companies and the Communist Party of China. These are all concerns that the Indian government is right to worry about and Chinese companies need to address. However, did it need a ban to drive the message home? 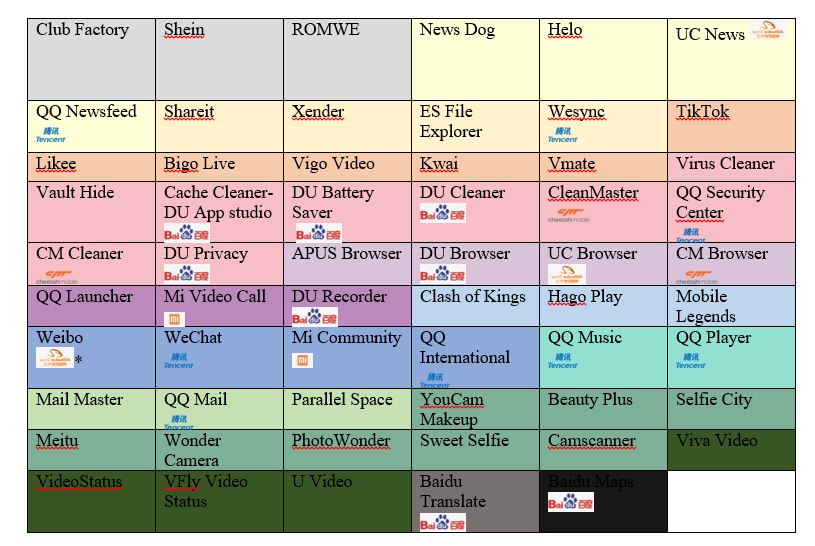 As I have argued elsewhere, the ban will hurt India’s consumers as they need to pay more and India’s tech entrepreneurs who need investment in their products. Chinese companies have accounted for approximately 11 percent of investments in India’s tech startups. If they construe the ban as a signal to quit investments in India, it will be tech companies who bear the brunt on top of the economic losses caused by the pandemic. The moves against Chinese companies do not happen in isolation either.

As India tightens customs checks on all Chinese imports, Indian exporters are fear retaliation at ports in Hong Kong and mainland China. The customs’ additional scrutiny of Chinese products also meant that international companies that have plants in India (like Apple, Foxconn, and Dell) are facing delays in receiving spare parts. At the same time, the government is also releasing new policies in the telecom space, the e-commerce space, and device manufacturing asking them to reveal their source codes—a move that will further deter foreign companies from investing in India.

Just the presence of bureaucracy in India is painful and despite its best intentions, works slowly and provides additional costs to companies. While the government is keen on building an Atmanirbhar Bharat, it may mean the undoing of the liberal reforms that have spurred India to grow over the past 3 decades and also nullify the excellent work done in the past five years on the ease of doing business

In a recent article for the Print, Snehesh Alex Philips notes, “While the Chinese propaganda is aimed at Indians, the counter-narrative by India is also aimed at Indians.” The ban of the 59 apps has been well-received in India—however, the Indian citizen ought to remember that she is not the intended audience for the ban and should keep in mind that these costs will go into her pocket.

-Hamsini Hariharan is the host of the States of Anarchy podcast and is currently based in Beijing.