Avoid cognitive bias pitfalls: Why the right visualisation is crucial for equity investors

Updated : June 13, 2019 12:29 PM IST
There’s no point in rushing into large caps because large caps did well last year.
The reaction of investors to the current scenario is a very unique case of cognitive bias. 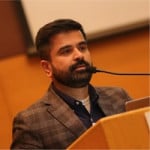 In meetings with investors, private bankers and advisors over the last few days, it is often quoted we are apprehensive on our existing equity positions and unsure of further investments despite an unexpectedly strong election mandate because:

But let me tell you, the reaction of investors to the current scenario is a very unique case of cognitive bias, i.e. using mental shortcuts (heuristics) that the brain uses to make decisions or to make judgements. The specific biases here are related to ‘anchoring’ and there is an interesting one I read while researching for this article. It’s called ‘surrogation’ i.e. losing sight of the strategic construct that a measure is intended to represent; and subsequently acting as though the measure itself is the construct of our main interest”. Let me explain: the Nifty, Nifty PE and Nifty EPS are supposed to serve as guidance or a convenient tracker for the ‘markets’ but they are not THE market; especially when we know what we own in our portfolios.

Coming back to the above observations, what I have written in points 1-4 is correct about Nifty and that’s what makes everyone circumspect about investing.

But what is the other issue with investors that they are unhappy about currently?

Let’s recap some facts. The portfolios we run at Motilal Oswal AMC…

While most of 2019 has seen everyone pre-occupied with elections, not only has the election mandate been a huge positive surprise as a vote for continuity, in the background US policy, RBI policy, banks NPA accretion, oil prices – everything has changed. The RBI has announced yet another rate cut and changed the policy stance to ‘accommodative’. The government may cut GST rates, announce growth stimulus initiatives and with easing conditions and election out of the way, the cyclical factors will be behind us and demand will come back.

I hope that all of us who are waiting for a ‘correction’ realise that we are exhibiting ‘anchoring’ or ‘surrogation’ to Nifty while broad market has shown earnings growth (depends what you own), has corrected and is nowhere near all-time high.

Talking of heuristics and short cuts for the brains to make quick inferences; I would like to present a few of my own observations and I dare call them inventions. I have seen that time and again; investors are long-term investors while signing up, but if returns turn negative the long-term goes out of the window. What causes this kind of reaction? It’s obvious that as an investor (even I am one) none of us want to see a negative in our portfolio because negative returns give us a feeling of having lost and that’s disappointing, a huge let down on our expectations.

Let me take a simple example. If someone has invested Rs100 and the value is down to Rs 80, they are 20 percent down. The feeling is that of having lost 20 percent and the fear is that it will never come back. This is akin to visualising that there are say physical objects one owns and one of them is lost so its 20 percent gone and that 20 percent will never come back. Further, there are some arithmetically astute people who scare investors throwing about numbers like; if 100 becomes 80, its 20 percent down but for 80 to become 100 now you need 25 percent up! How will this happen?

If a spring is compressed 20 percent, it stores more energy than before. If a stock price declines even as it produces earnings, it becomes more valuable. Even as companies continue to produce profits, how much there is a limit to how much the spring can be compressed. Now let’s say a spring is compressed 20 percent and then it is released! How much will it recoil? 20 percent from the 80 or 25 percent from the 80 to come back to original length of 100? Of course this logic doesn’t work if you own a portfolio full of junk, but that’s obviously not the case with us.

The other observation I have made in recent times is that the equity mutual funds as an aggregate were witnessing inflows in right through 2017 and 2018 and now as we head into mid-2019, flows are not only slowing down but on the margins data shows some funds are witnessing outflows. How does this reflect upon us if as an aggregate we were buyers in 2017-18 and now we are sellers? Why does this happen? That’s because there was a lot of enthusiasm to invest back then but in Sep-Oct 2018 and then again in February 2019, we saw huge marked-to-market or I dare call them notional losses, in portfolios. And from March through May, at least in case of large cap and multicap funds, these values are now being restored. In my reading, as I said before, everyone is a long term investor when they sign up, but the first sign of negative returns results in the long term being forgotten. When 100 becomes 80 or 90 it’s bad, but when the 80 inches up slowly to 90-95 and 100 and capital is restored, the first instinct is to take the capital and bolt! Now, the correct visualisation for this situation is, imagine you are in an elevator looking to get up to the 20th storey of a building. As soon as you enter the elevator, you note that it was actually headed down from the ground floor where you entered so instead of taking you straight to the 20th storey, it makes a detour and takes you to Basement Level 2 first. Unfortunately just as you hit B2, there’s a power outage and you are stuck in the elevator for 20 minutes. Now, food for thought: after 20 minutes if the power comes back and you find yourself at B1 or G, how many of you will rush out the moment the doors open and how many of you will calmly stand back and say, cool, I am headed to the 20th. Chances are, everyone will make a dash for the door and mind that 20th storey business some other day. Maybe that’s the right response if you are stuck in an elevator unexpectedly, but no, that’s not the right response if you are investing in equities. If you invest in equities and someone told you that you could double your money in 5-6 years, unfortunately which two years will be bad, which two years will be above average and which two years will make you a great deal of money, is not easily predictable. So if you bolt out the moment the elevator door opens, let me tell you, you’ve lived the worst part and decided to bail out exactly before the good part starts playing out.

Similar analogy I remember from my early days working in Mumbai. I lived in the Mumbai suburb of Goregaon and I had to be in Churchgate before 9 am each morning. Taking a train from Goregaon headed to Churchgate meant that the train would be coming from Borivali and lesser mortals from Goregaon had to stand or probably even hang outside. And if the train was a fast one coming from Virar, you’d be looking to get a foot in the door. Eventually I realised that if I went 20 minutes early, and from Goregaon I took a train in the opposite direction that train, I would get to sit possibly at the window seat and the train would end up in Borivali and eventually return back to Churchgate! Voila! In equities, it’s not always possible to time the entry. Sometimes the market makes you take a detour. If you try to time the entry chances are, you won’t catch the bottom. And if you don’t catch the bottom, i.e. you try to get a fast train from Goregaon, chances are you won’t get a foot in the door.

Moving on, as I said in my opening comments, one of the observations is that a lot of investors haven’t done as well as the index in the last one year to 18 months specifically. This is because of having portfolios that are at huge divergence from Nifty or having portfolios anyway with a fair sprinkling of small and midcaps. I am reminded of a pendulum. 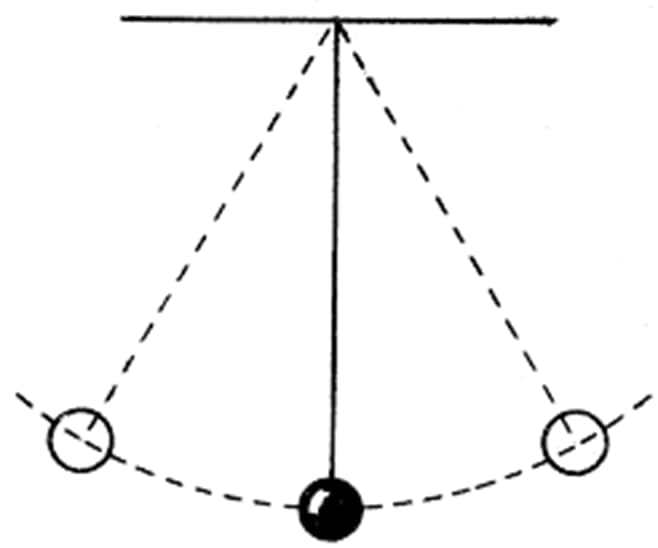 Over a long period like 15-20 years, the Nifty MidCap 100 has delivered average 4 percent over and above the Nifty 50 for any one year holding period. Currently, at the time of writing this newsletter, I can see that for the last one year the NiftyMidCap 100 has delivered, forget +4 percent, it’s…. -16 percent as compared to Nifty50. So what’s with the pendulum? Imagine a pendulum swinging, where the midpoint is +4 and currently the pendulum is at position of -16, what would you expect the pendulum to do? Maybe swing further away a little bit? But eventually? Well, either the Nifty50 corrects downwards or the NiftyMidCap100 corrects upward, the key is that both will be called “correction”. Where would you like to be on the pendulum? You are better off with your small and midcap portfolios.

And lastly, like I wrote in one of my recent articles, don’t be a ‘wiper’. To sum up, do not form impressions on how your portfolios are doing and when markets should correct by seeing the Nifty50. And if you have not done what Nifty50 has done in the past one or two years, all the more reason not to worry or wait for correction. Your portfolios have already ‘corrected’ and a good investing experience awaits us over the next one to two years.