At Rs 571.38 crore, exotic Indian flower exports are blazing a trail across the global floriculture market

At Rs 571.38 crore, exotic Indian flower exports are blazing a trail across the global floriculture market 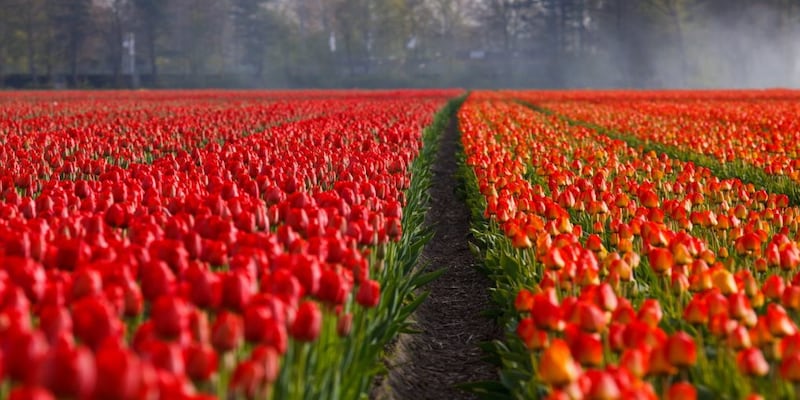 The Indian Society of Floriculture Professionals estimates that flowers worth Rs 27 to Rs 30 crore are exported across the world, especially to the UK, just for Valentine’s Day celebrations.

Did you know that every time the world celebrates Christmas or Valentine’s Day, the Indian floriculture industry rakes in huge profits by exporting long-stemmed, beautiful, fat roses? Or, some of the best roses in the world are grown in the salubrious climes of Pune and Bengaluru? Or even, according to market research firm IMARC, the Indian floriculture market is projected to reach Rs 47,200 crore by 2024?

The Indian Society of Floriculture Professionals estimates that flowers worth Rs 27 to Rs 30 crore are exported across the world, especially to the UK, just for Valentine’s Day celebrations. India has witnessed a floriculture revolution, particularly in the segment of roses. Small and marginal floriculturists and farmers have leveraged world-class technology to grow great quality roses, free of pests and diseases, to capture the world market, along with other rose growing nations such as Ecuador, Kenya and Colombia. Hariharan Subramanian, founder, Indifresh
Technology provided by companies such as Indifresh, a UK-based company that exports roses from India, helps the country stay competitive in the race. Indifresh is a fascinating story of ingenuity and passion. It was founded by Hariharan Subramanian - born in London, brought up in Mumbai, who went back to his birth city to work in 2006. “By then, India had begun producing flowers. With the growing demand in the UK for new sources for exporting roses, I thought that was the best business to enter in 2012.”
The business has now grown to include two ventures – Orion Flora, a backend for the main Indifresh business located in Talegaon, close to Pune, and now Le Fleur, a boutique floral brand that would sell only out of Indian supermarkets for now, but with the vision of tapping subscriptions and corporates. Subramanian’s story of success is intricately linked to the rise in the fortunes of the Indian roses in the UK markets.
“Most other flowers from India, such as chrysanthemums and orchids do not travel well and you can’t beat Holland as far as the quality of carnations is concerned.  Our strongest growing period is between September and March, the winter months in India. That is also when the demand for roses peaks in the western market.”  Our closest competitor continues to be countries such as Kenya and Colombia, which have temperate climate throughout the year.
Roses, then, has buoyed the Indian floriculture exports. Yet, the road hasn’t been smooth because of a lack of backend infrastructure, which can offer technical support and quality monitoring services, as well as the absence of a cold chain to store and transport them in pristine conditions. What makes Indifresh’s foray into exporting Indian roses interesting was, then, the backend support and the cold chain that Subramanian has created over the years. He has put his pounds on training farmers and ensuring the right packaging and technical support, which ensures that the cold chain works. The Indifresh backend at Talegaon, Orion Flora, is run by Pavithra Kochna, a technologist who worked in the UK before moving back to India. “Just for Valentine’s Day, we import almost four to six million stems of roses. Now, it is easy to produce 50,000 great flowers; but to produce them in such a huge number is a challenge, and needs the right infrastructure and a good supply chain, which we found missing in India. This is where Pavithra works her expertise.”
Over the years, Indifresh, through Orion, has trained farmers they source the roses from and have set up a supply network that ensures the flowers are grown and transported according to the rigid specifications which the UK lays for exports. “Bengaluru, which is at 900mtrs and Pune have farmers that grow world-class roses. We have a zero per cent rejection,” says the sharp-suited gentleman. “The quality has to be consistent for the export market. If UK authorities find controlled pests such as caterpillars or mites in the consignment, it is immediately buried.”
It is this cold chain and backend that Subramanian has leveraged to set up India’s first supermarket florist brand, La Fleur. “In the UK, flowers are sold through branded florist kiosks within supermarkets. I have been coming to India for my export business and found the market for flowers, the consumer and the supermarkets have evolved,” contends Subramanian.
Florists within supermarkets is a concept that would require Indians to change their quintessential habit of buying flowers from either roadside vendors or small florists, who form the backbone of the buzzing floral market. “But these florists and vendors aren’t careful about how they stock and sell flowers,” says Jo Moody, floral designer and consultant to La Fleur, along with William Van Bragt, who provides technical knowledge and materials to farmers to help them grow great produce. “They sprinkle water on the flowers so that they appear fresh. That only speeds up the decay due to increased humidity.” Moody, then, is the woman who has designed the bouquets which are sold through La Fleur kiosks through 40 department stores and supermarkets across cities such as Mumbai, Bengaluru and Pune. “We have been exploring themes that work for Indians, such as flowers with brighter colours. For Independence Day, we are putting out tri-colour bouquets. We use flowers such as roses, chrysanthemums, Asiatic lilies, gerbera, carnations, Gypsophila, Limonium and Kamini (greens), besides some exotic varieties such as Oriental lilies, Statice and Aster (blue daisies).” The emphasis, she says, is on choosing the right size and quality of blooms for a bouquet. “In India, I have noticed the bouquets have some large flowers, some small ones, some that are open, while other blooms that are still shut. A bouquet with a similar size and quality booms is far superior and premium.”
Van Bragt, on the other hand, is the man working on the ground with farmers, training them on quality and implementing mentoring programs designed to get the product from the field to the shelves. The flowers used in a La Fleur bouquet are all sourced from India, he says. “There are some excellent growers in the country and we are training them to produce export quality flowers, which stand up to the UK specks, even for the Indian market.”
And that will be a crucial difference between a La Fleur bouquet and a regular one. “In India, even the best growers have a sort of step-motherly treatment towards flowers they sell in the local market, even as they follow all the precautions and specifications for the export market,” Subramanian contends.
Surprisingly, some of the best growers of Indian flowers now come from Kolhapur. Indians have never associated the city of Peshwas, Kolhapuri chappals and its people’s passion for chillies, with excellence in floriculture. The Ghodawat Agro group is said to be the largest from the region – it sends out three lakh stems of flowers every single day to the Indian and export markets and is setting up a huge floriculture project in Goa with the view to build the world’s biggest orchid farms.
Deepali Nandwani is a journalist who keeps a close watch on the world of luxury.
Read Deepali Nandwani's  columns here
.
Check out our in-depth Market Coverage, Business News & get real-time Stock Market Updates on CNBC-TV18. Also, Watch our channels CNBC-TV18, CNBC Awaaz and CNBC Bajar Live on-the-go!