Where would Congress go from here?

Where would Congress go from here? 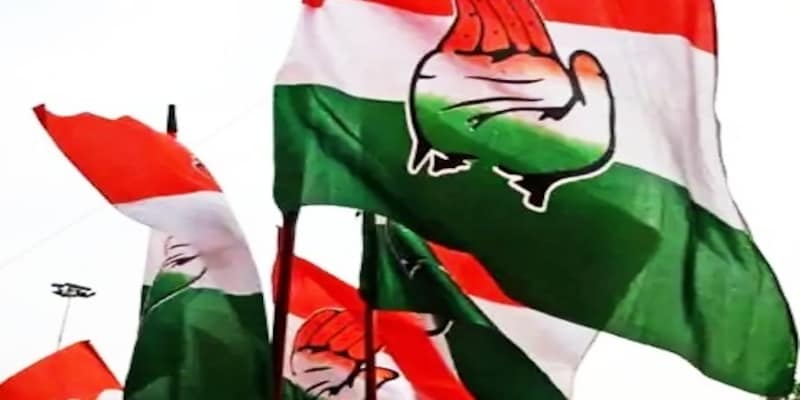 After two successive stints in the Opposition at the Centre and ignominy of defeats in the latest assembly elections, it is time for the Congress to re-discover its political raison d’etre.

After the latest round of elections to State Assemblies and by-polls across four Parliamentary and dozen assembly seats, the Indian National Congress stares at a huge blank wall.

Undergoing a change for the past few years, the political landscape in the country altered to an extent that the Indian National Congress finds the party at the crossroads.
Since the year 2014, the party is in a stage of perpetual decline in terms of electoral dividends and a shrinking base among the masses. The electoral reverses in the latest round of assembly polls is too pronounced.
While the Indian National Congress failed in Kerala, a state known for its revolving door politics, and wrest power from the Communist Party of India- Marxist –led Left Democratic Front, in West Bengal the verdict was humiliating. The party and its partner the CPI-M- carved Sanjukt Morcha is without a single seat in the new Assembly.
There cannot be a vacuum in politics and the Bharatiya Janata Party occupied the space vacated by the Congress and the Left parties in West Bengal.
Of course, in comparison to the CPI-M and the Congress, the BJP’s institutional presence in the state remained handicapped and could not match the grassroots depth of the Trinamool Congress. The BJP’s high octane campaigning led by heavyweights proved less effective against Ms Banerjee and her street fighter’s survival instincts.
Kerala defeat should shake the Grand Old Party and its political managers. The Congress raised the stakes high in this southern state especially since Rahul Gandhi, who represents the state in the Lok Sabha, marshalled the forces.
While analysis on how the Congress fared in the elections to the five assemblies appeared by the reams, it is interesting to note that in the four Lok Sabha by-polls whose results come out on Sunday.
It retained Kanyakumari (Tamil Nadu), came second in Belgaum (Karnataka) and lost deposit in Tirupati (Andhra Pradesh) while it ally won Malappuram (Kerala). Of the dozen Assembly by-elections, the Congress won four – two in Rajasthan, and one each in Madhya Pradesh and Karnataka.
These results suggest individual strength candidates and with the support of a robust organisation, the party made its presence felt by translating support into representation in the assembly and Parliament.
Now, where does the Congress go from here? The immediate task is to conduct the organisational polls next month. The Congress Working Committee decided the calendar this January but with the pandemic raging, a new schedule should be in order.
The development will also have a bearing on the G-23, the group of leaders who wrote to the party president Sonia Gandhi expressing concern over the poor health of the Congress party and the imperative to inject vigour.
The missive came in the backdrop of an element of opaqueness in the party’s governance. While Sonia Gandhi remains its president, by all accounts Rahul Gandhi continues to be the not-so-visible hand behind decisions – routine or tactical.
After Sunday’s debacle on its part, the G23 leader Ghulam Nabi Azad made conciliatory noises suggesting that it is time for the party to close ranks.
For many years, there is also this talk of holding a brainstorming session. In 1998 autumn, the party conducted its last such exercise, at Pachmarhi, Madhya Pradesh while several Conclaves of Chief Ministers between 1999 and 2005 brought some ideological clarity and provided political direction to the party.
Since then, Congress suffered a second consecutive defeat in the 2019 general elections and yet there is no serious attempt at introspection. The party and its leadership appear in fire fighting mode, moving from one election to another, or attending one emergency to another.
A cogent and definitive policy and clear political direction is not visible as the party is accused of pursuing a policy of ‘’appeasement’ of minorities to ‘soft Hindutva”. Initial analysis of Kerala assembly polls suggests the Congress ambivalence on issues such as the implementation of the Citizens (Amendment) Act caused damage.
The confusion of taking on the Left-led CPI-M in Kerala and rubbing shoulders in West Bengal is a case of contradictions that found reflection in campaigning too. Rahul Gandhi led the charge in Kerala but shied away from West Bengal citing the spread of the pandemic.
Now, with Mamata Banerjee proving her political mettle in halting the election juggernaut of the Bharatiya Janata Party, the possibility of her emerging as a leader around whom parties opposed to the BJP could rally is distinct.
What lessons can Congress draw from the assembly polls? Besides lack of political clarity, the party faces multiple challenges. One, its shrinking presence across the country in terms of electoral victories and presence in legislatures; Two, there is an absence of a well-defined leadership; and, Three, its coalition arrangements did not work well, a point proved repeatedly. Its understanding with the Samajwadi Party in Uttar Pradesh (2017) with the Telugu Desam Party in Andhra Pradesh (2019), the CPI-M in West Bengal (2016, 2019, 2021) illustrate that mathematical calculations do not necessarily add up electorally.
Way back in1996, when the Congress under P V Narasimha Rao was forced to extend support to the United Front arrangement, Congress leader Vithal Gadgil observed in contemporary settings that just as Tony Blair re-invented the Labour party to wrest power from the Tories in the United Kingdom, the GOP should draw appropriate lessons.
After two successive stints in the Opposition at the Centre and ignominy of defeats in the latest assembly elections, it is time for the Congress to re-discover its political raison d’etre.
—KV Prasad is a senior journalist and has earlier worked with The Hindu and The Tribune. The views expressed are personal.
Click to read his other columns
(Edited by : Ajay Vaishnav)
Check out our in-depth Market Coverage, Business News & get real-time Stock Market Updates on CNBC-TV18. Also, Watch our channels CNBC-TV18, CNBC Awaaz and CNBC Bajar Live on-the-go!