Affordable housing: Why Mumbai remains out of reach even for those willing to shell out Rs 10,000 per square feet 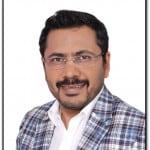 “Mumbai Housing market remains a curious market to me. The developers that we have financed report high levels of unsold inventory. But our office boy, Tukaram, is ready to pay Rs 10,000 per square feet for a 250 square feet shanty in Malad, but finds no sellers” wondered Jaiku, a realty fund Manager as he ordered his Mysore masala at our breakfast meeting in Mumbai.

Jaiku’s curiosity turned into an enigma as he learned that Tukaram is not even eligible for housing loan whereas his developer clients are unable to find buyers for new apartments despite  Home Finance Companies (HFC) queuing up to fund home buyers.

Quick googling revealed Jaiku that the options for small apartments in Mumbai were much fewer than those for 2/3/4 BHKs! Affordable housing existed only in distant suburbs.

Now Jaiku’s impatience to unravel the mystery had reached a new high, as if the impatience due to non-arrival of Mysore masala (intensified by the aroma of Sambhar from the adjacent table) was not high enough.

Jaiku (or V Jaikumar) was my classmate at IIT Madras and had come to visit India to have a close look at the housing industry after being excited with the ‘Housing for All by 2022’ initiative of the government. His first question to me was, “With so much demand, why do developers not make small apartments in larger numbers ?

“How can that be possible?” Jaiku’s rising impatience showed no signs of withering despite the arrival of Mysore masala.

The learnings from the market realities had the desired soothing effect on Jaiku’s inquisitiveness also as the first morsel of Mysore masala had provided a bout of relief to his anxiety levels.

But like a smart investment banker, he was ready with his next salvo, “Since DCR-2034 proposes an increase in FSI in Mumbai, wouldn’t the increased supply soften prices.”

I replied, “Yes. But only if the new supply comes with a lower cost structure. In DCR -2034, additional FSI comes with a steep premium.”

“So how do we now address the anomaly of rising cost at the the bottom of the pyramid?” wondered Jaiku as he savoured the crisp portion of a Mysore Masala dosa with coconut chutney.

A Case for Inverse Incentive FSI

Instead of charging a steep premium for additional FSI, developers should be given free IIFSI if they agree to build small homes for sale in market. And smaller the unit size, larger should be the incentive thus negating the size disadvantage.

“Sounds interesting, but as an engineer, I still love formula,” suggested Jaiku.

IIFSI  for any every apartment constructed = 800 – carpet area of the apartment (in square feet).

If a developer uses additional apartments (as above) to further construct small apartments, he will get still more IIFSI until he reaches an FSI of 4. Effectively, ensuring falling costs with lowering apartment size. Economics of scale would then start making sense.”

Jaiku interrupted with his quick analysis, “Which effectively means that a developer would continue building small homes till he possibly reaches an FSI of 3.5. And will use the remaining FSI for constructing large apartments since he would require then no further IIFSI.

Also developers, not interested in IIFSI, may choose to may steep premium and build luxury apartments complex.  And this is what “Housing for All” truly means.  Effectively, IIFSI would ensure balanced supply and also make  affordable housing a business proposition and not merely a social obligation.”

I replied, “Absolutely. Also the government may even charge a small cess of Rs 500  on IIFSI (to fund city infrastructure). Large volumes would ensure high government revenues. And since IIFSI addresses affordable housing problem in prime city areas, government of India could extend it to other big cities in India”

As I punched in my credit card PIN, Jaiku’s concluding remark was, “I can now fully appreciate how policies like IIFSI can ensure Tukaram to look for an apartment and not a shanty. But only if coupled with radical modification of the entire ecosystem and this is a problem that is probably tougher to crack than even IIT-JEE. Ha … Ha … Ha …! But, I am sure, where there is a will there is a way.”