Aadhaar Verdict: Supreme Court has delivered a good judgement for the majority

Aadhaar Verdict: Supreme Court has delivered a good judgement for the majority 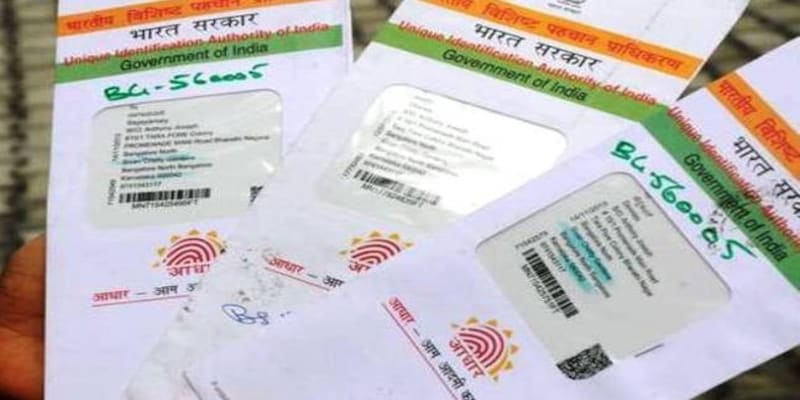 While the court upheld the constitutional validity of Aadhaar, it has clamped down on the ubiquitous role that the government.

Does the state have the right to know all about its citizens, via a single shared database that is linked to all government and private services the citizens may use? Is it even constitutional? The Supreme Court verdict on Aadhaar, seems to be both a yes and a no to this question.

While the court, in a 4-1 decision, upheld the constitutional validity of Aadhaar, it has clamped down on the ubiquitous role that the government had envisaged for it.
Aadhaar is a twelve-digit unique identity number issued by the Unique Identification Authority of India (UIDAI). It was supposed to be issued to each and every resident of India based on their biometric and location data.
The Aadhaar Act defines a resident as being someone who has resided for more than 182 days in the country, preceding enrolment and has the appropriate paperwork.
Idea Behind Aadhaar
Introduced by the UPA government in 2009, it began life as a department of the planning commission.  Its aim was noble – to ensure that no resident of India is deprived of the services and subsidies that they were entitled to receive from the government of India.
The UPA government erred in not bringing this through Parliament. This error was rectified, in part, by the NDA government which passed a money bill in 2016, and provided the legal backing needed to make Aadhaar mandatory for the receipt of welfare.
However, the government overextended the scope of Aadhar and tried to make it mandatory for pretty much everything that needed proof of identity. And this transformed Aadhaar from being a system that was supposed to be inclusive, to be one that excluded those who had no Aadhaar from a variety of benefits.
There was almost a missionary like zeal in implementing, leading officials to see the goal of Aadhaar as being compulsory enrolment, and not the delivery of services.
Section 57 of the Aadhaar (Targeted Delivery Of Financial And Other Subsidies, Benefits And Services) Act, 2016, specifically stated “Nothing contained in this Act shall prevent the use of Aadhaar number for establishing the identity of an individual for any purpose, whether by the state or anybody corporate or person, pursuant to any law, for the time being in force, or any contract to this effect…,” and this opened the door for the private sector entities such as banks and mobile companies to demand Aadhaar linking as a necessary  condition of doing business with them.
It became mandatory for school admissions and participating in sports events. It became necessary to have one to get admitted to hospitals and get discharged from them. Aadhaar slowly went from being a method of delivering government services and subsidies to be a single number that linked us all.
That really is what the Supreme Court has struck down. Section 57 is gone. Also gone is section 33 (2) which allowed the sharing of detailed information for national security purposes.
It was believed that a combination of all our transactions linked to the Aadhaar, and the scope of the national security exceptions would gravely impact our liberty at a future date. And, the Supreme Court concurred and read down, or struck down those parts of the Act that allowed for these lapses.
The gist of the majority verdict is that while the government can mandate it for the delivery of welfare services, and while PAN card needs to be linked with Aadhar, it is not compulsory for anything else.
Two Sides Of The Judgement
There are those on both sides who differ with this judgement. The pro Aadhaar brigade has spoken about us voluntarily giving away our data to large conglomerates like Facebook and Twitter; while resisting Aadhaar. The fact remains, while they may have a glimmer of a point, it is not mandatory to link your Facebook account to your bank account.
For the anti Aadhaar brigade, vital privacy issues are still ignored. However, the Supreme Court has suggested that the government brings in a data protection act, that would go some way in addressing the situation. But neither side is going to be assuaged with any of the reasons. These are in many ways, the Aadhaar fundamentalists.
For the vast majority, this is a good decision that allows for a system that targets the needy, delivers what is promised, and eliminates leakages. What is needed now is a bit of compassion and empathy in dealing with those who don’t have Aadhaar, and deliver their entitlements while they enroll.
Harini Calamur writes on politics, gender and her areas of interest are the intersections of technology, media, and audiences.
Check out our in-depth Market Coverage, Business News & get real-time Stock Market Updates on CNBC-TV18. Also, Watch our channels CNBC-TV18, CNBC Awaaz and CNBC Bajar Live on-the-go!