A fresh taste of Thailand in Mumbai: Ananda Solomon is back with Thai Naam

Updated : February 27, 2020 07:55 PM IST
Thai Naam, a 96-seater with large windows, has private dining rooms and community tables.
Solomon still heads to Ferry Wharf every couple of days to ensure he gets the best of the catch.

Ananda Solomon has just reached out to Ratan Tata, and is hoping that the industrialist will pay him a visit at his new restaurant, Thai Naam, in Andheri, in north Mumbai, one of these days. The chairman emeritus of the Tata group was/is among the many fans of the Taj President’s Thai Pavilion, the city’s first restaurant dedicated to Thai cuisine, which Solomon set up in 1993.

When Solomon, a self-effacing man, bid farewell to the Taj Group about four years ago, Tata made sure he was at the Thai Pavilion for dinner that evening. “He preferred simple dishes  -- steamed fish was his favourite,” says Solomon who is fondly also remembered for his stellar work at the Taj President’s Trattoria and Konkan Cafe.

The food at Thai Naam, especially the steamed John Dory with lemon garlic sauce, is certain to remind Tata – as well as Solomon’s other loyal patrons – of the Thai Pavilion, and Solomon says that the last 40-odd months have helped him dive even deeper into Thai cuisine. The chef, who spent several months in the early 1990s training at both 5-stars as well as street vendors and has been a culinary explorer of sorts in Thailand since then, returned to Bangkok after he exited the Thai Pavilion. “One learns with every stint or visit, and some of those learnings have found its way into my new menu,” says Solomon. The Thai green curry at Thai Naam is influenced by both north and south Thailand, says Solomon. “Northern Thailand is a lot less explored than the south, plus, it’s more easily accessible now than when I first visited 30 years ago. They are trying out new things out there and I’ve tried to capture some of that.”

By Mumbai restaurant standards, Thai Naam, a 96-seater with large windows, is expansive. It has private dining rooms and community tables, and Solomon is proud of the inputs he gave to the interior designer. “I speak Thai fairly well, I love the people there, so I knew what I wanted the restaurant to look like.” So you have liberal use of Thai white clay, Benjarong jars and cane lamps for Solomon’s first-ever stint at an independent restaurant in the country. He isn’t anxious, though. “There are things you can learn from a five-star, and my aim is to use those insights here,” says Solomon who still heads to Ferry Wharf every couple of days, just the way he used to back in the day when he was with the Taj, to ensure he gets the best of the catch. 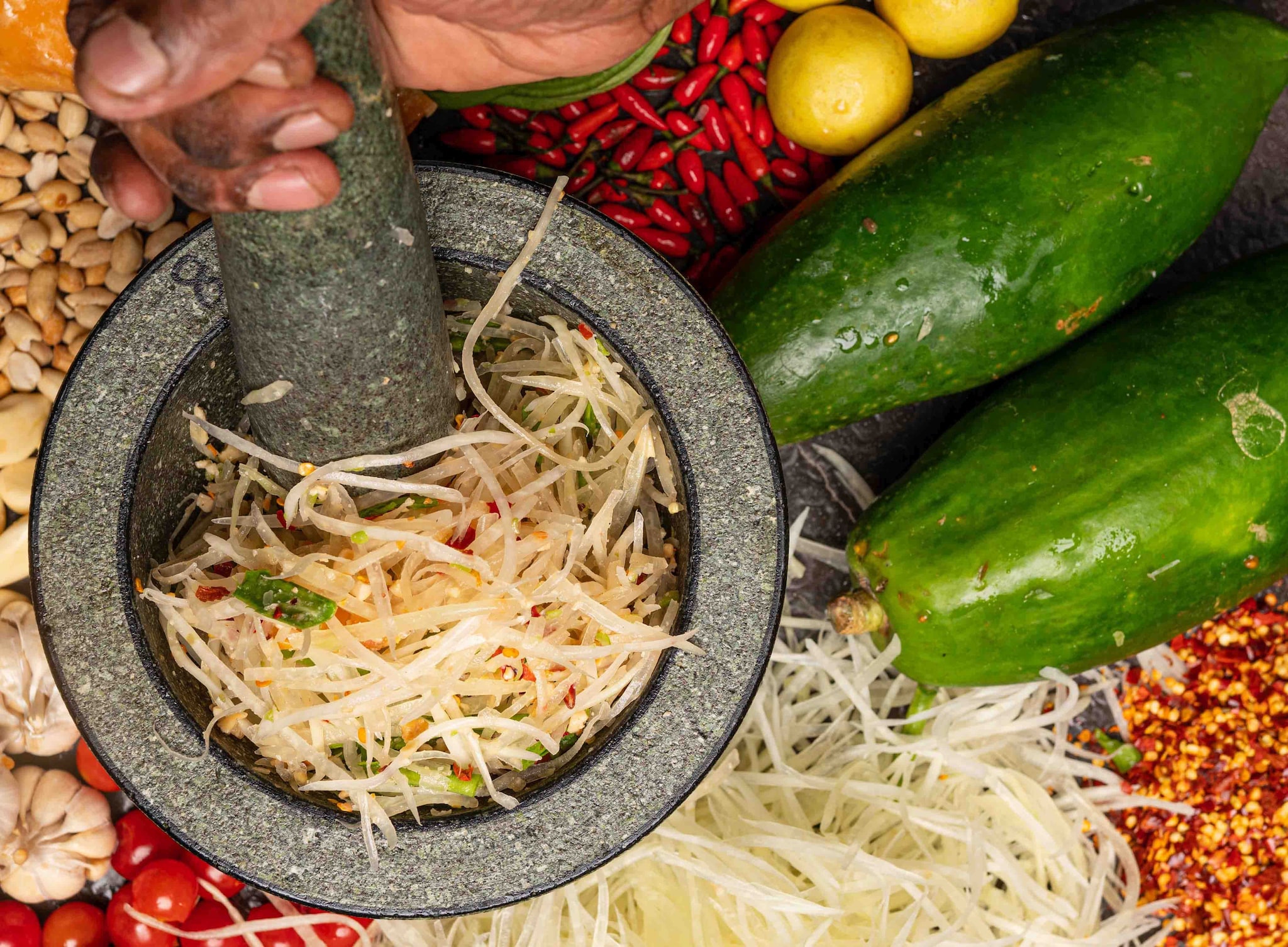 The pomelo salad at Thai Naam gets its flavour balance so right that you are surprised to know that Thai food is not Solomon’s first love. “I don’t cook Thai food at home, I do French, that’s my first love. I believe every curry is a sauce at the end of the day, and French cooking taught me to get my technique right. It was a lot easier to master other cuisines after French,” says Solomon. The lessons learnt at the saucier section came in handy almost three decades ago when Tata satrap and former Taj Hotels chief Ajit Kerkar despatched Solomon to Thailand to familiarise himself with Thai cooking and gauge whether he could helm a Thai restaurant. Solomon says he tasted Thai food the first time when he landed in Bangkok in 1991. “The first few months were tough. I didn’t know the language, I was unfamiliar with the flavours, with the herbs that are integral to any Thai dish. I didn’t think I could do it.” The turning point came well into the first year when his colleagues at the restaurant at the Shangri La where he was interning realised that their ‘trainee’ was, in fact, one of Taj Hotels’ rising stars. “I had never told them much about what I did back in Mumbai, and they were touched, I suppose, by my humility. They went out of their way after that,” says Solomon. 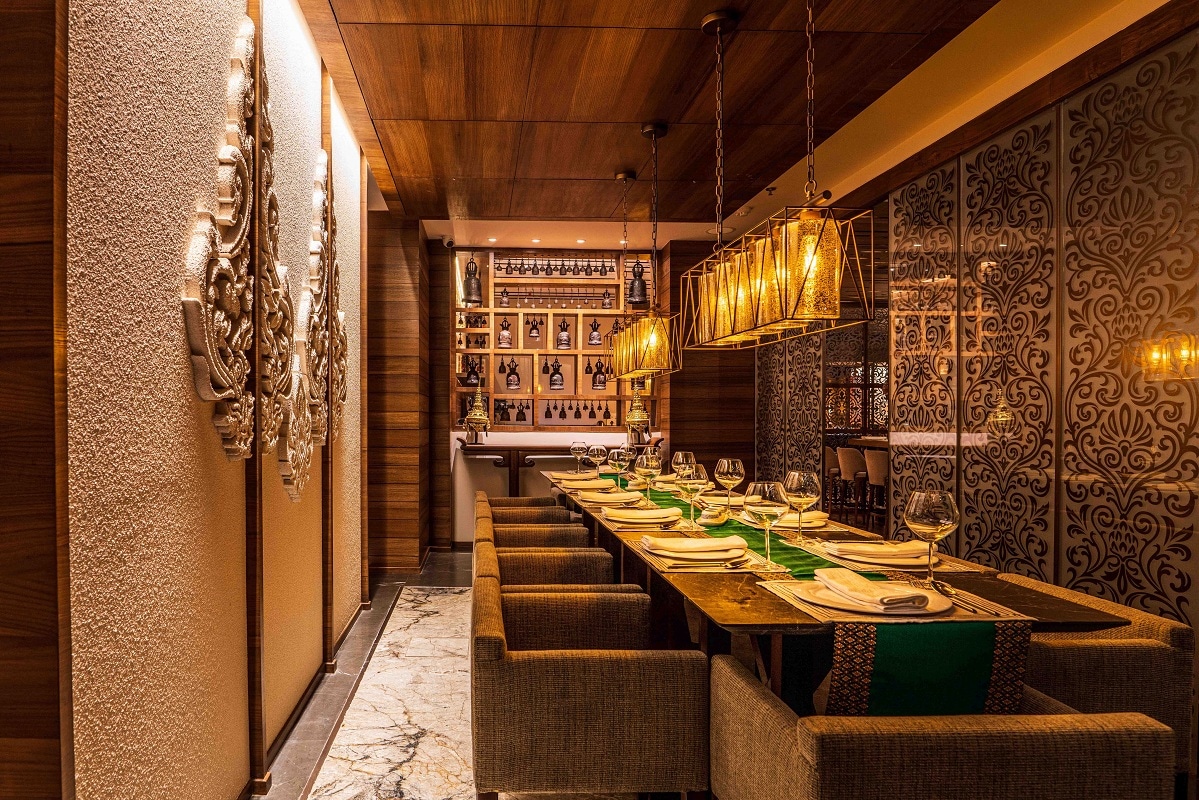 A few months later, a fellow chef at the restaurant asked him to prepare the food for a popular Thai film star and his friends. “I thought I was just about OK at Thai cuisine, and while I helped with the prep at the restaurant, I never cooked for the guests.” The first dish Solomon cooked for the actor and his group that evening was a steamed whole fish, and then he followed that up with the main course. “At the end of the meal, the actor asked for me and was surprised that the food that had just been served was cooked by an Indian. He couldn’t stop complimenting me about it,” says Solomon. “That was the day I knew I had cracked it, and that was how an assignment turned into a longstanding affair.”