A sommelier, a master winemaker and an author — Rajat Parr is a man who wears many hats

A sommelier, a master winemaker and an author — Rajat Parr is a man who wears many hats 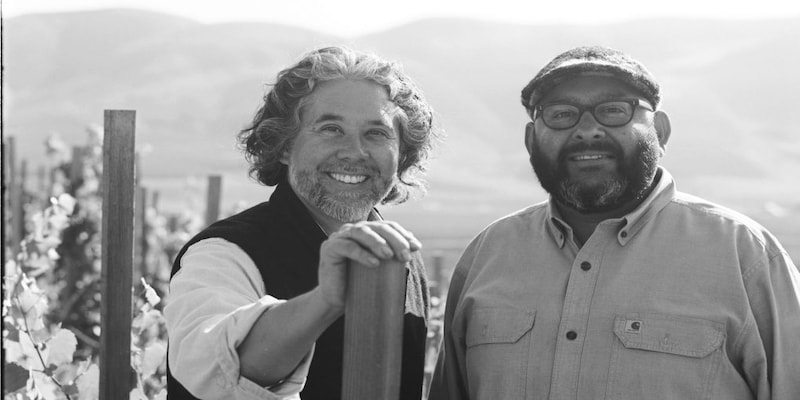 Parr, an alumnus of the Welcomgroup Graduate School of Hotel Administration, is among America’s most well regarded sommeliers. For the past decade or so, he has also ventured into wine making.

Rajat Parr’s life has been defined by two geographies: that of Burgundy and California. For Parr, the latter is home and the former “feels like home”. For those who come in late, Parr is among America’s most well-regarded sommeliers. For the past decade or so, he has also ventured into wine making. He makes Burgundy-styled wines in California and Oregon, or “New World Wines using an Old World template”. The wine labels Parr co-owns include Sandhi and Domaine de la Cote, from Santa Rita Hills, and Evening Land in Eola-Amity Hills.

Sommeliers turning winemakers is not a rarity, but the first half of Parr’s journey was an unlikely one. Rajat Parashar (Parr is an Anglicised version of his surname) was born and bought up in Kolkata. The 46-year-old, an alumnus of the Welcomgroup Graduate School of Hotel Administration, was sure he was going to be a chef. And that’s one reason why he headed to the Culinary Institute of America (CIA), in New York, for his graduation in the mid-1990s.
Unlikely beginning
“We are Punjabis. My father was a whisky drinker, and I don’t think we ever bought wine,” says Parr, who was in Mumbai recently for a talk. Parr first tasted wine at his uncle’s home in London, and that got him mildly interested in the drink. But he had his epiphany much later, when he was working with the master sommelier Larry Stone at the landmark Rubicon restaurant in San Francisco. Parr’s curiosity about wine increased while he was at the CIA and one of his instructors suggested he should apprentice under Stone. “I wrote him a letter and flew to San Francisco. His office told me there were no vacancies, but I could buss tables to begin with and see how it went. My visa was expiring in six months, I had nothing to lose, so I said okay. I was prepared to come back to India after working with him. “Two months into his stint with Stone, Parr says he tasted some Chablis. “It smelled gorgeous. I was hooked and from then on, I went deeper and deeper into wine.”
Stone would eventually turn mentor to Parr, and the young sommelier would rise to become the wine director of the Michael Mina group of restaurants run by the eponymous celebrity chef and restaurateur. “Being a top sommelier is all about self-motivation. It’s not just a job, it’s a lifestyle. There’s endless hours of training, studying, and travelling, and you have to have a level of humility. And mindfulness and compassion for all things.” The wineries Parr co-owns and is associated with make over 100,000 bottles of wine, which are exported to over 40 countries.
Parr, who is an elegant writer and has authored The Sommelier’s Atlas of Taste and Secrets of the Sommeliers, made his first vintage in 2004. The next year he was introduced to Sashi Moorman, and the two of them set up Sandhi (Sanskrit for ‘alliance’) in 2005. This was followed by the setting up of Domaine de la Cote in 2007 and an association with Evening Land in 2014. When the duo first started out, they were told that coastal vineyards would never quite work, but today the wineries Parr co-owns and is associated with make over 100,000 bottles of wine, which are exported to over 40 countries.
Wines are made organically
“I’ll be the first to admit there were challenges with working with Pinot Noir and Chardonnay in California. Pinot Noir is an extremely mercurial grape, very finicky. There are a thousand little decisions to be made in a profound way. Our wines are made organically and biodynamically, without additives and without adjustment and manipulation. California has more sun and a maritime climate, so the wines have a different energy and spirit because it’s so close to the ocean. But every year, we have to be ready for a challenge.”
The rewards, though, says Parr, who runs a 50-seater restaurant called Bibiji in Santa Barbara, are worth it. “The one thing that strikes a chord with me is when our wines are identified as uniquely from the place they belong to. I don’t care if you call it Burgundy-esque or whatever, what matters to me is the taste of the place.”
Murali K Menon works on content strategy at HaymarketSAC..
Read his columns here.
Check out our in-depth Market Coverage, Business News & get real-time Stock Market Updates on CNBC-TV18. Also, Watch our channels CNBC-TV18, CNBC Awaaz and CNBC Bajar Live on-the-go!