2020 US elections: Meet the boss ladies who are changing the narrative of political leadership

2020 US elections: Meet the boss ladies who are changing the narrative of political leadership 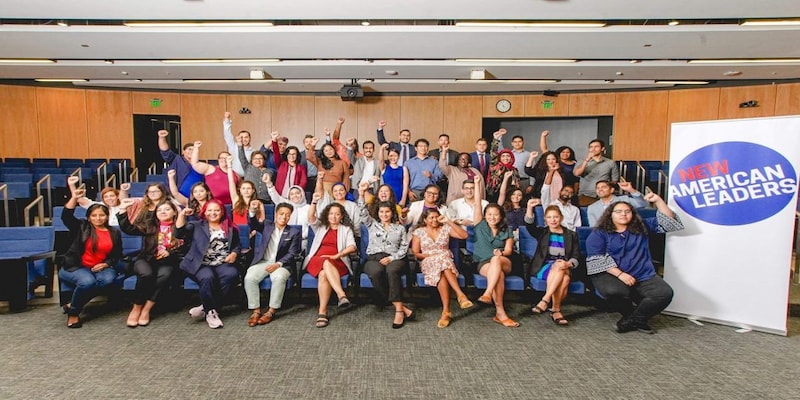 Boss Lady trainings are immersive one-day events focused on preparing young women to serve as campaign staff on races across the country. The goal in 2020 is to take the training to different cities.

‘New Immigrant’ and ‘women of colour’ may be disparaged words in the vocabulary of the current White House Administration but these could hold the winning answers in the 2020 elections.

According to an analysis of a new report by New American Leaders (NAL), a progressive group founded by political activist Sayu Bhojwani, naturalised citizens make up a potent untapped source of hundreds of thousands of eligible voters in key presidential swing states such as Georgia, Arizona and Michigan. The report, conducted by University of California San Diego professor Tom Wong and researcher Nura Sedique, used micro-level data from the US Census American Community Survey, which provides five-year population projections, as well as the Cooperative Congressional Election Study to make its estimates.
As noted in Politico, in Georgia, new citizens constitute more than 440,000 potential voters; In Arizona, naturalised citizens make up more than 300,000 eligible voters, more than half of whom are not registered; And in Michigan, new citizens make up 64,000 eligible voters as of 2016.
Bhojwani, who herself is an immigrant, knows that this is a vast power just waiting to be harnessed, and the beginnings were seen in the mid-term elections.
“New Americans ran for and won local and state office in unprecedented numbers,” she noted. “From Regina Romero becoming the first woman and Latina mayor in Tucson, Arizona, to Safiya Khalid becoming the first Somali American and hijab-wearing official on the Lewiston City Council, immigrants and people of colour are knocking down long-standing barriers and claiming their spot at every level of government. Regardless of their office, they are united around a single message: that people like us are the leaders our communities have been waiting for.” Sayu Bhojwani.
Of the 264 New American candidates tracked in 2019, 66.67 percent of first-generation Americans who ran for office in the general election won, while 73.68 percent of second-generation Americans who ran in the general election won. These candidates represent a wide range of ethnicities, including South Asian, Hispanic, Asian American, and Black.
To many ‘people like us’ Senator Kamala Harris was the image in the mirror which showed that they could become players in America. As Bhojwani says, “Senator Harris broke boundaries and found the greatest campaign success when she leaned into her experience as a woman of colour, and especially her experience as a Black woman.”
Her quitting the race, she says, once again sets up a debate stage of only white candidates in December. “That’s not just about identity, but also about democracy and perceptions of electability. While we are seeing some shifts in who we consider electable, this is emblematic of the money, media and connections that have eluded People like Us from the beginning.
“But, as a community of New Americans and people of colour, we remain determined to ensure that elections are won in the field and that we elect a president who can help us be the America that is inclusive and just.
While her campaign was cut short, Senator Harris represented a part of America that had never before seen itself on a presidential debate stage. Regardless of the outcome, she has paved the way forward for others from immigrant backgrounds to recognise that our voices too are essential to American democracy.”
It is ironic that women who make half the voting bloc in America are not being used effectively in organizing and getting out the vote or even trained to run for office. New American Leaders is leading a movement for inclusive democracy by preparing first and second generation Americans to use their power and potential in elected office, and to target female power and support and nurture ‘Boss Ladies’ who can help change the face of political leadership.
NAL has started partnerships with the group Ignite to train and inspire immigrant leaders of all racial and ethnic backgrounds to enter political life and run for office and create coalitions among New American elected officials. The New American Leaders Action Fund (NALAF) is a resource that supports New Americans as they run for office, engage new voters, and expand civic engagement.
It also offers Ready to Win, a two-track advanced campaign training for New American Fellows who want to be leadership staff on campaigns in the next two years. During this “boot camp” style programme, participants prepare for real-life campaigns. One of the fellows, Felicia Singh recalled of her experiences, “These are people who understand your story, who want you to lead, and want you to win. They will be there to support you on your journey to run for office or lead a campaign because they fundamentally believe in your purpose and your mission.” 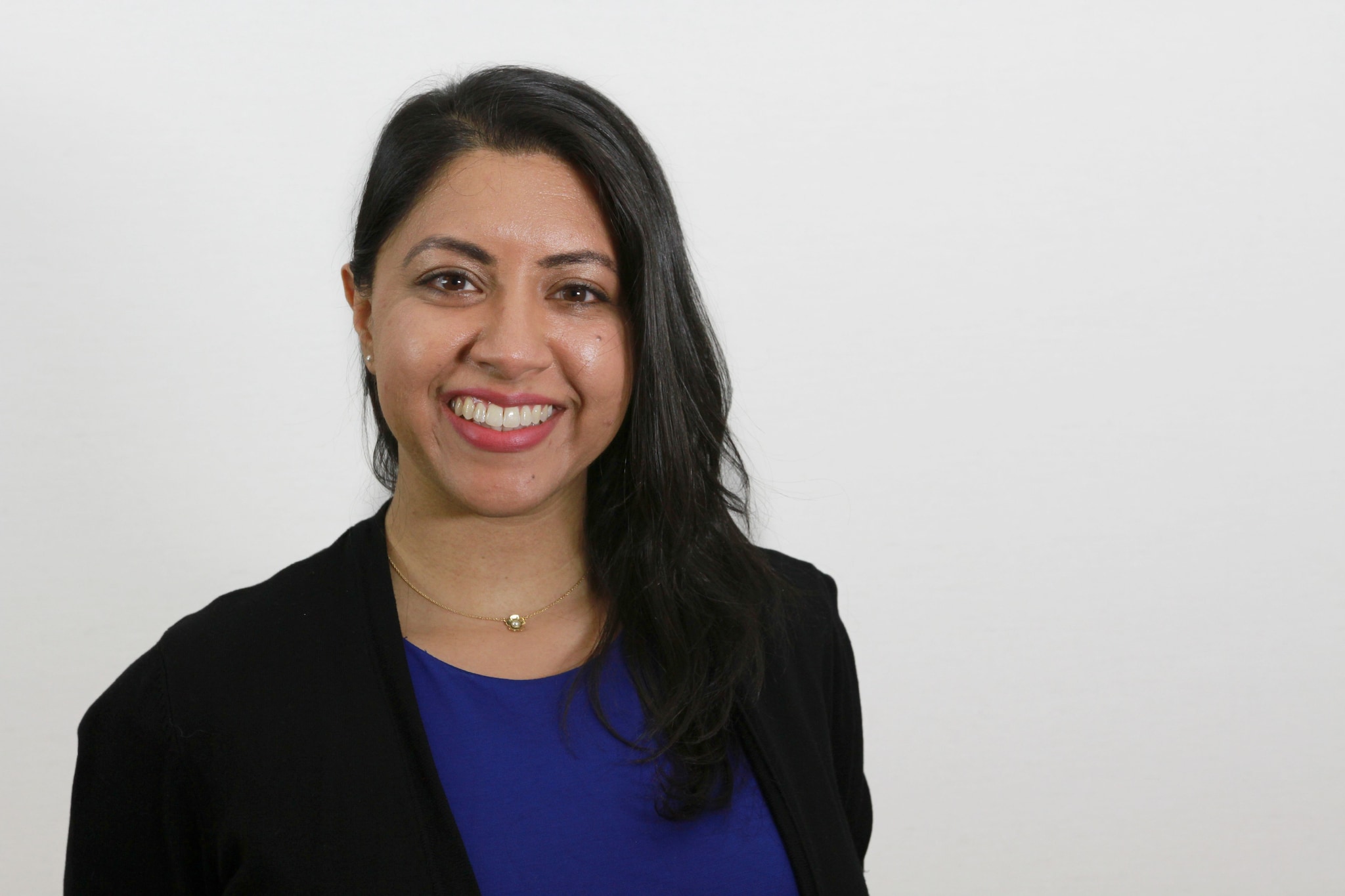 Felicia Singh.
Boss Lady trainings are immersive one-day events focused on preparing young women to serve as campaign staff on races across the country. The goal in 2020 is to take the training to different cities, and in the first six months the cities include Phoenix, AZ, Detroit, Michigan, Atlanta, GA, Las Vegas, Nevada, Fresno, CA and New York, NY.
“If we want our democracy to represent and work for all of us, then we need young women of colour from all backgrounds and ethnicities to take leadership roles on campaigns,” says Bhojwani. “In our first three Boss Ladies trainings, we’ve welcomed young women of colour from Black, Latin, Asian, and indigenous communities; empowering them to use their authentic experiences to shake up politics as usual. Our diversity is what strengthens our country and our democracy.”
Bhojwani, who herself is an Indian immigrant from Belize, has walked the walk of immigrants and knows the hardships they undergo every day. She went on to be appointed by Mayor Bloomberg as New York City’s first Commissioner of Immigrant Affairs. Her goal is to prepare for immigrant leaders to run for public office.
People like Us, her 2018 book documents the new wave of candidates knocking on democracy’s doors: She writes: “Engaging new voters and contributing to the policy conversation are key strategies that immigrant candidates employ to strengthen American democracy and ensure that the progressive movement continues to be fueled by new voices and vantage points.” New American Leaders -- Sayu Bhojwani on the extreme left.
So how does NAL go about harnessing the power of these new immigrants, many of whom are not registered to vote and come from diverse backgrounds? As she points out, NAL teaches new emerging leaders to connect with voters, expand the electorate, and encourage communities to engage in the democratic process by using their own powerful, authentic voices and experiences.
“Immigrants, people of colour, and other people like us have been traditionally excluded from positions of power and are ignored by establishment politicians and strategies; hurting our communities and taking away our political power,” she concludes. “Boss Ladies and all New American Leaders' trainings work to change the narrative and usher in a new generation of leaders.”
Lavina Melwani is a New York-based journalist who blogs at Lassi with Lavina.
Read Lavina Melwani's columns here.
Check out our in-depth Market Coverage, Business News & get real-time Stock Market Updates on CNBC-TV18. Also, Watch our channels CNBC-TV18, CNBC Awaaz and CNBC Bajar Live on-the-go!