On the special year-end episode of Startup Street, CNBC-TV18 decodes the year gone by for the startup universe.

However, as the funding winter set in, the pace of startups turning unicorns dropped — only 21 entered the coveted club in 2022 as against 44 in 2021 according to data intelligence platform, Venture Intelligence.
After the 2021 boom, 2022 was a year of reckoning for Indian startups. It has been a year when the tenacity of startups was put to the test. It wasn't all about valuations, but value creation, focusing on unit economics underlined by a major funding crunch, huge losses, restructuring and, what has all of this led to — layoffs. As many as 18,000 pink slips were handed out by startups this year. There were job cuts across sectors and even some of the well-funded startups of India.
Weaker markets, global uncertainties and the worry of a global recession put a spanner in the works for startups across India and the world in 2022.
Also Read: Edtech bleeds in 2022 — will it be good or get worse in 2023 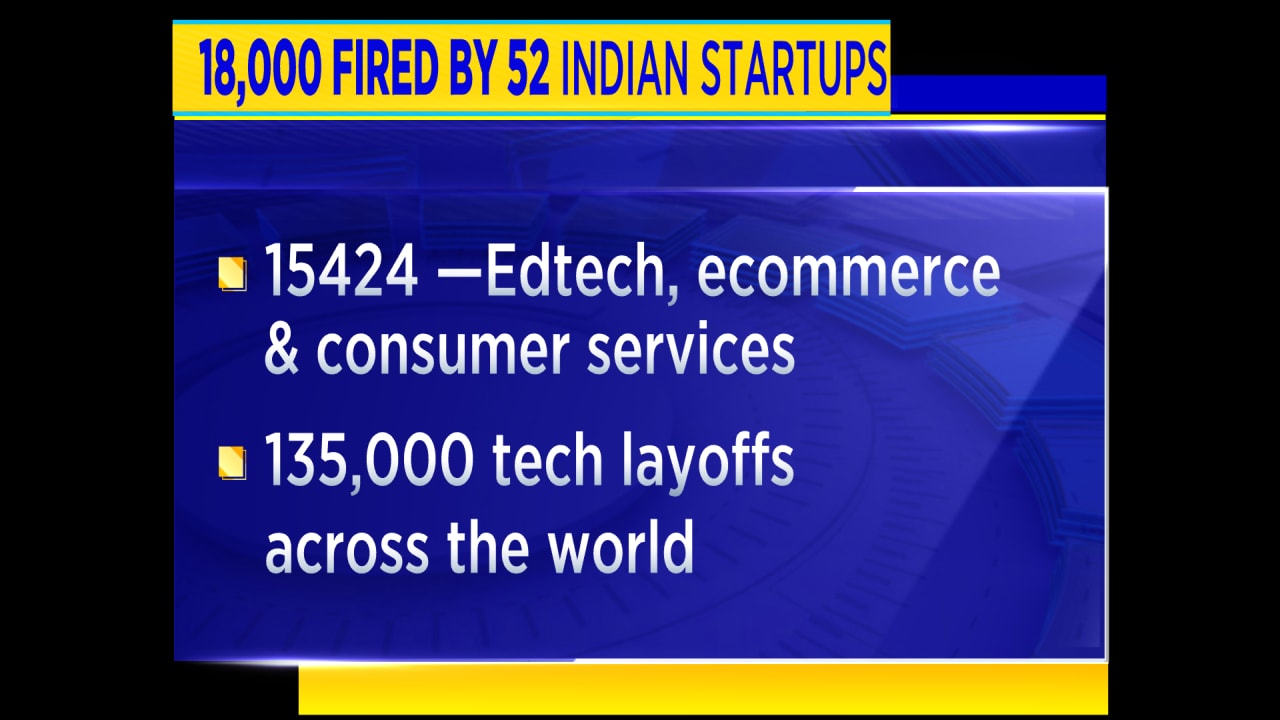 As of December 8, close to 18,000 employees were laid off by 52 Indian startups which included a whole host of unicorns and soon-to-be unicorns or soonicorns. Of those who lost their jobs, 15,424 of those worked for edtech, ecommerce or consumer services sectors.
It's not just startups, tech layoffs across the world have impacted 1,35,000 employees, with thousands in India in the potential line of fire. Meta, Amazon, Microsoft, Twitter, Netflix and many other global players handed out pink slips. 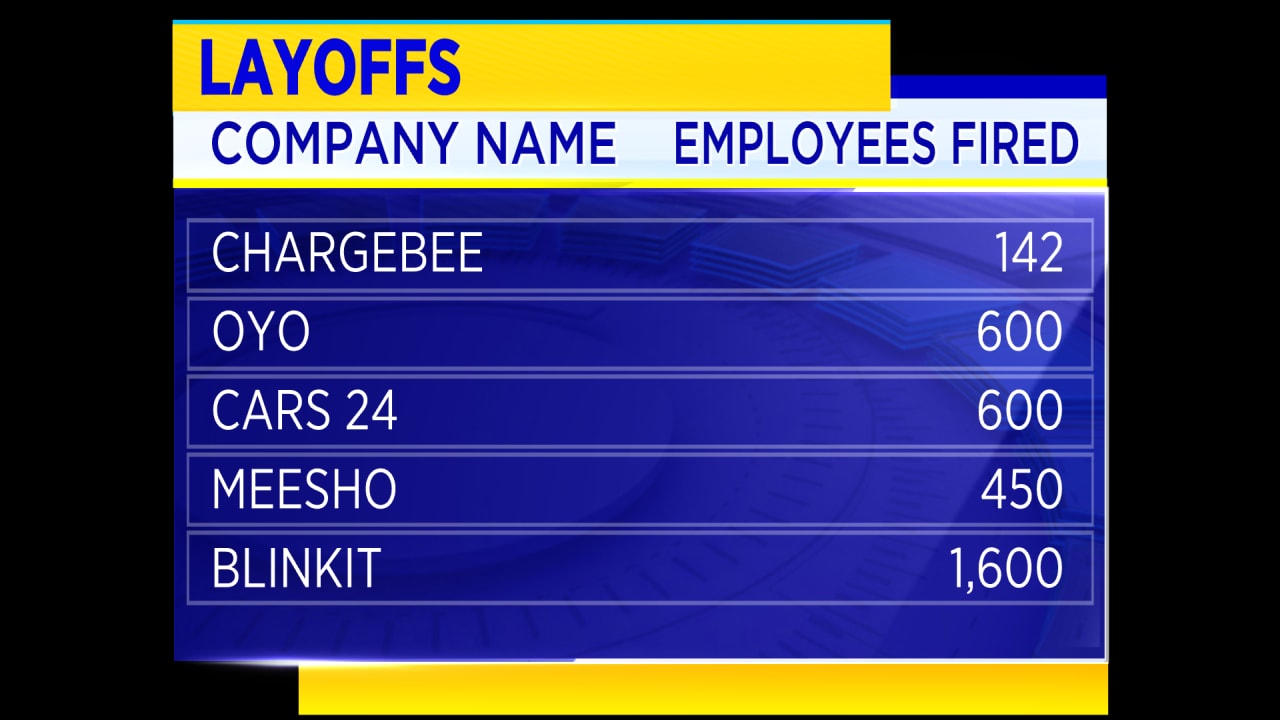 Back home, SaaS unicorn Chargebee laid off 142 people, or 10 percent of its staff, citing adverse macroeconomic conditions, Oyo Rooms laid off 600 employees, Ola laid off over 1,200, Cars24 sacked another 600, MPL fired over 100, Blinkit gave out pink slips to 1,600, and Meesho laid off 450 people.
On the special year-end episode of Startup Street, CNBC-TV18 decodes the year gone by for the startup universe.
Watch video for more
Also Read: From Meta to Amazon to Twitter — A round up of big tech layoffs in 2022
Check out our in-depth Market Coverage, Business News & get real-time Stock Market Updates on CNBC-TV18. Also, Watch our channels CNBC-TV18, CNBC Awaaz and CNBC Bajar Live on-the-go!
Tags