Market veteran Ramesh Damani remains positive on technology and railway-focused stocks, he tells CNBC-TV18 on the day of Muhurat trading to mark the occasion of Diwali 2022.

“I would take a contrary bet on technology. It is a bit unfair to what is happening to technology. These are great businesses. If you look at it over a 5-10-year perspective, I would take a bet on technology," he said.
The contrarian call from the market expert comes at a time when IT is among the worst hit spaces on Dalal Street. The Nifty IT — whose 10 constituents include TCS, Infosys, Wipro, HCL Technologies and Tech Mahindra — has lost 26 percent of its value so far in 2022.
He believes that the market will make new highs in the next few quarters. "For retail investors, the best time to invest was yesterday and the second best time to invest is today," he said.
Damani, Member of BSE, also likes railway-focused stocks. "These stocks are as cheap as defence stocks were couple of years back. They all trade at single-digit multiples with about 5-6 percent yields. So if the government wants to increase capex, transportation and infrastructure in the country, it will express it through these railway companies," he said.
According to the market veteran, India stands to benefit from the new world dynamics.
“The two great benefitters of globalisation were China and America — America as the consumer and China as the producer. However now the world has changed as the partnership between China and US seems to be destroyed and the world is looking for alternative sources. India with its large domestic economy, and relatively small exposure to global trends and global supply chain, stands to benefit,” he said.
The Sensex and the Nifty finished close to one percent higher each in a special one-hour Muhurat trading session on October 24 to mark the occasion of Diwali. The strong start to the New Year in the Vikram calendar comes on the back of the headline indices finishing Samvat 2078 around one percent lower each — their first negative return in a Samvat in seven years. 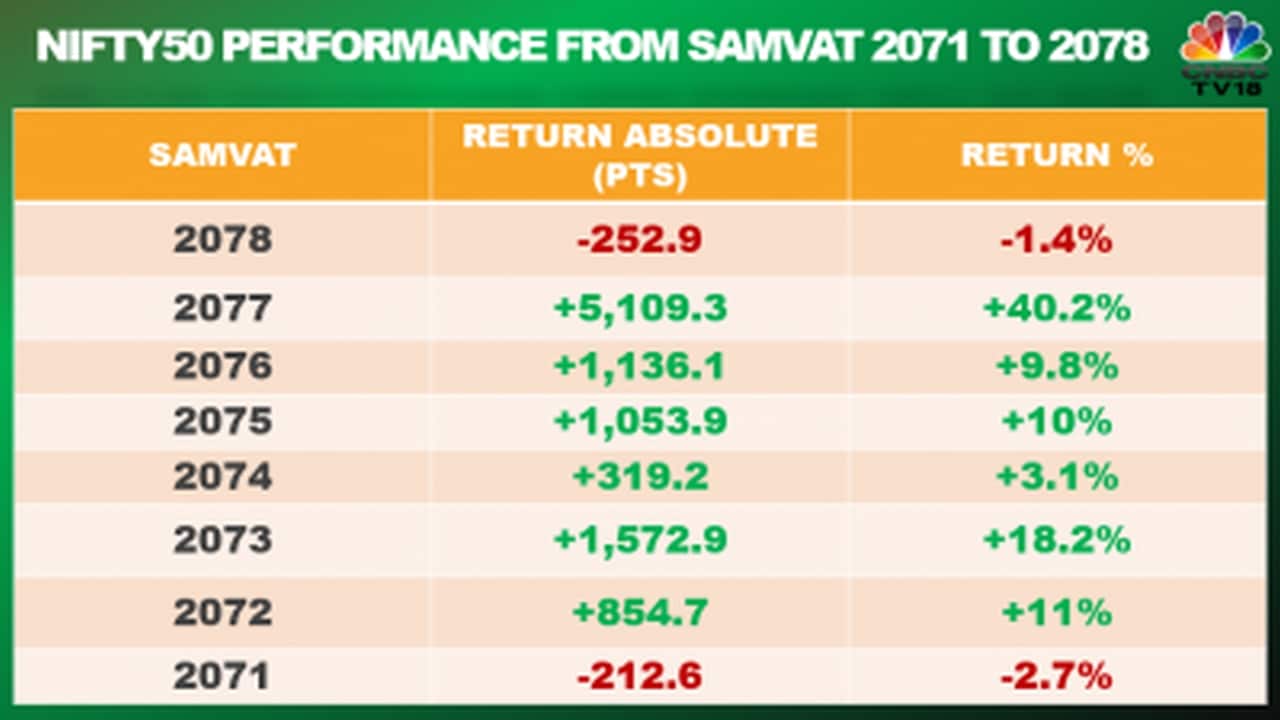