Union Budget 2019: Your income tax up to Rs 5 lakh may get exempted

In the run-up to the 2019 Lok Sabha elections, the government may increase the exemption limit for income tax paid by individuals from the current Rs 2.5 lakh to Rs 5 lakh, sources privy to the developments told CNBC-TV18. 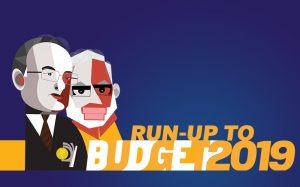 However, government may not cut corporate tax rate for remaining one percent of corporate taxpayers, said people familiar with the matter.

As union finance minister Arun Jaitley is presenting the interim budget on February 1, government may not make indirect tax policy changes and rationalisation of custom duties.

A national interim budget refers to the budget of a government that is going through a transition period.

Further, Central Board of Indirect Taxes and Customs (CBIC) will continue to focus on revenue stabilisation.

The union budget 2018-19 would be the last full budget of the BJP-led NDA government before the 2019 general elections. This will be the sixth consecutive budget to be presented by Jaitley.

As per the practice, a vote-on-account or approval for essential government spending for a limited period is taken in the election year and a full-fledged budget presented by the new government.

This will be the first budget post implementation of the Goods and Services Tax (GST) regime.

Even though independent India’s biggest tax reform of GST was implemented from July 1, the budget for 2017-18 (April- March), had followed the practice of tax revenue projections under the heads of customs duty, central excise and service tax alongside direct tax numbers.