The government has levied a tax on windfall gains made by domestic refineries like ONGC and Reliance. Domestic oil companies have also been told that at least 50 percent of their shipping bills, in a given financial year, have to be reserved for the domestic market.

A notification by the Directorate General of Foreign Trade (DGFT) and under the export foreign policy has levied tax on windfall gains made by domestic refineries and thus levied Rs 6/litre tax on ATF exports, Rs 6/litre on petrol exports and Rs 13/litre on diesel exports.
Domestic oil companies have also been told that at least 50 percent of their shipping bills, in a given financial year, have to be reserved for the domestic market.
The government has also imposed a cess of Rs 23,250 per tonne on domestic crude production.
Finance Minister Nirmal Sitharaman, while speaking to reporters, said that the government will review the levies based on international crude prices every 15 days.
"If oil is being exported but with such phenomenal profits then we need to take some measures for our people. Extraordinary times require such measures," she said.
She added that this will be applicable to special economic zones (SEZ) and export-oriented units (EOU) as well. It should be noted that the government has exempted those who are producing less than 2 million barrels/year from the above-mentioned taxes. Also, refiners won't have to pay the cess and the tax on the quantum of increased production between last year and this year.
Also Read | Crude oil price and UK windfall tax reports add pressure on ONGC, Reliance and others
“It's something on the same lines as what the government's thought process was when it came to steel. They probably want to curb the supply side of the export market. Second, it also reduces the arbitrage between crude prices at which it is being imported and the conversion and post refining margins that people are making," said sector watcher Prakash Diwan. 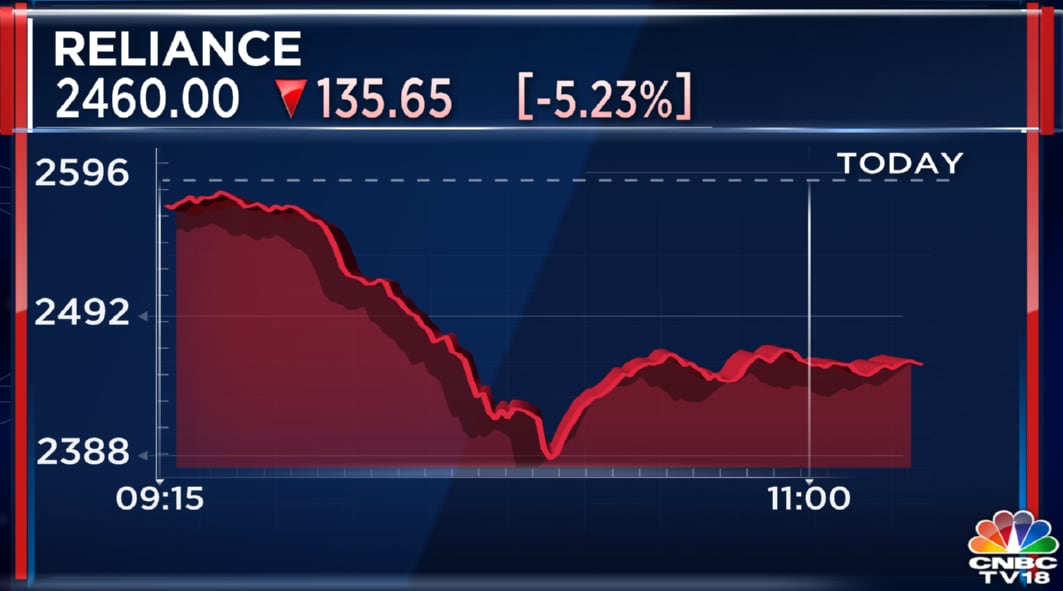 There is a worldwide shortage of diesel and hence the premia on diesel have gone through the roof. Also, as a consequence of the freeze on fuel prices, domestic oil companies are suffering cash losses and under-recovery in diesel is massive because premia have shot up.
A combination of all this probably has prompted the government to change the foreign export policy.
The UK government on May 26 announced a 25 percent windfall tax on profits of oil and gas companies with crude surging over 50 percent in 2022 so far. This started speculation in the Indian market about a similar move and thus the related stocks have been under pressure since then.
The government earlier this week allowed firms like ONGC and Vedanta to sell locally produced crude oil to any Indian refinery for turning it into fuel, such as petrol and diesel, as it deregulated one of the last few avenues that were still under its control. Earlier, the government fixed buyers for crude produced from older fields, such as Mumbai High of ONGC and Ravva of Vedanta.
For more details, watch the accompanying video
(Edited by : Abhishek Jha)
Note To Readers