Agenda 2.0: Can India double its exports by 2025? Experts discuss

A high-level advisory group on trade headed by Surjit Bhalla has recommended that India should aim at doubling exports by 2025. The group recommended that Indian exports be made more competitive through lower corporate tax, lower tariffs, and a big boost to agricultural exports, especially fruits and vegetables. 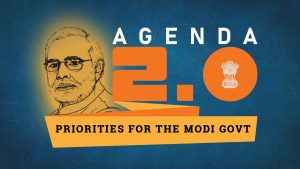 Should this be a part of the NDA 2.0 India growth plan? Is doubling exports in 5-6 years a viable, realisable goal?  How does one get there?

Sivaramkrishnan Ganapathi, MD of Gokaldas Exports: "India's textile or apparel exports is about $15-17 billion... can we say that by such and such date we hit $30 billion and what do we have to do to get there? Their (China, Bangladesh and Vietnam) labour costs are low, their labour laws are much more flexible and they have free trade agreement (FTA) with Europe where they go duty-free into some of those countries which gives them a phenomenal competitive advantage. India has certain advantages in terms of our fabric ecosystem... now if this has to grow and sustain, we need to encourage the Indian industry considerably... the export incentive regime, for example, has to be a very stable regime going forward."

Mahesh Keyal, vice president of FIEO: "When we talk of doubling the exports... it is a very tough target considering the global market conditions but it is an achievable target provided an enabling and supportive ecosystem is put in place."

Rakesh Mohan Joshi, Prof and chairperson - Research at IIFT: "For the last several years, our exports have been hovering around $300 billion and this is only in the last financial year that we touched $329 billion but there is a catch in this - that share of India's export in terms of the total GDP has come down to 12 percent this time... what I see now is we need to focus on the labour intensive exports."