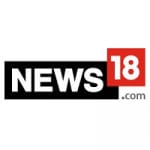 Prime Minister Narendra Modi will discuss restoring Jammu and Kashmir (J&K)’s statehood when he meets mainstream political parties from the region on Thursday — a significant milestone that India’s top leadership has set its eyes on after months of strategising by National Security Adviser (NSA) Ajit Doval, CNN-News18 has learnt from official sources.

The sources, who are privy to the developments, said J&K will be granted statehood soon, as promised in the past by PM Modi and home minister Amit Shah, but there will be no talks on restoring the region’s special status.

On August 5, 2019, the central government withdrew J&K’s special status under Article 370 and bifurcated the erstwhile state into two Union Territories — J&K with a legislative assembly and Ladakh without one.

The historic move led to the imposition of restrictions on several political leaders and activists in the Kashmir Valley. Gradually, authorities lifted the curbs and released politicians under detention.

The June 24 meeting in this backdrop is significant, as it is being viewed as the beginning of direct talks between the Valley’s leadership and the Centre at this scale. Representatives of regional powerhouses such as the Peoples Democratic Party (PDP) and the National Conference (NC), as well as those from the Centre’s ruling Bharatiya Janata Party (BJP) and the Congress, among others, have been invited for the talks in Delhi.

In the meeting, the PM will discuss a blueprint to begin the political process in the Valley. According to the sources CNN-News18 spoke to, the government is considering announcing statehood for J&K, but the move might have to wait till a delimitation commission set up early last year submits its report. They said there will be no change in Ladakh’s status for now.

The developments come after months of strategising by NSA Doval, who spearheaded the process and even talked to separatists in the Valley in order to bring everyone on board. Though there have been local polls in J&K after the Article 370 move, a forward step in restoring its statehood — as demanded by the Valley’s leadership — will be watershed.

The government sources said the PM will also assure the parties that elections in the region — pending since 2018 — will be conducted soon. All regional parties will participate in the election process, which is expected after an ongoing delimitation exercise, they added.

The delimitation commission seeks to redraw the electoral map of J&K by creating more constituencies — a long-pending demand of parties in Jammu, where the BJP is strong. The NC and the PDP are opposed to the delimitation exercise.

Even after delimitation, there will not be any major changes in the basic geography of J&K, the sources said. The sources indicated that all parties were likely to accept the government’s proposal — and recommendations of the delimitation commission — since they “are convinced that they have to play role in the progress and development of Kashmir.”
Tags J&K Jammu & Kashmir
Published : June 20, 2021 03:55 PM IST

The Week Ahead: Key events that will guide Dalal Street investors next week