Tourism in the hill state of Himachal Pradesh has picked up pace after a Covid-induced lull with footfall surging over three times this year till October 31 compared to the corresponding year-ago period.

Tourism in the hill state of Himachal Pradesh has picked up pace after a Covid-induced lull with footfall surging over three times this year till October 31 compared to the corresponding year-ago period.

According to data procured from the HP Tourism department, the state witnessed the arrival of 1.28 crore tourists, including 28,232 foreigners, between January 1 and October 31.
In the corresponding year-ago period, the state had welcomed 41.03 lakh tourists, the data showed. The maximum number of tourists — 20.63 lakh — visited in June while January recorded the lowest footfall at 7.69 lakh.
At 30.4 lakh, tourist arrivals in the twin districts of Kullu and Lahaul and Spiti accounted for 23.8 per cent of the total footfall in the first 10 months of 2022. The Atal Tunnel — an all-weather road beneath the 13,058-foot-high mountain in Rohtang Pass — has emerged as a tourist hotspot. Visitors are also making a beeline to Sissu in Lahaul and Spiti. 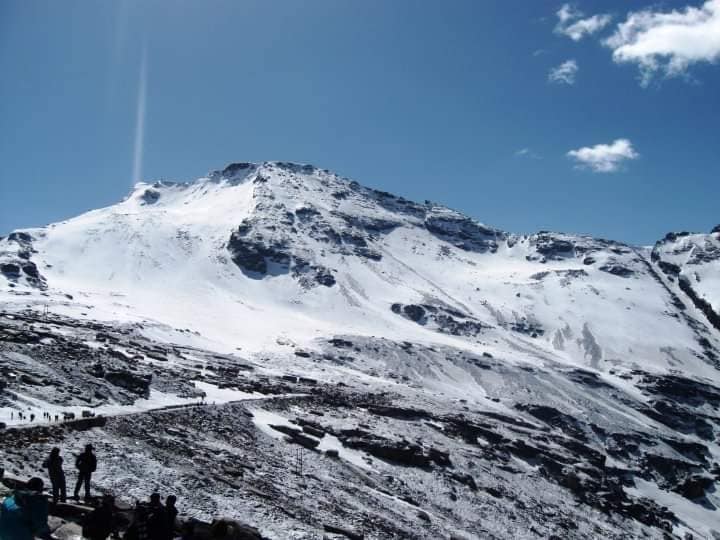 Rohtang Pass, Himachal Pradesh
Amit Kashyap, tourism director and Himachal Pradesh Tourism Development Corporation (HPTDC) managing director, said, ”People who were struck at home during the COVID-19 outbreak have now started moving out.
Also Read | Five things to consider before deciding on a Ladakh workstation  plan
Aggressive marketing by the Tourism department in vernacular languages in states such as Gujarat from where the tourist inflow was less has helped increasing footfall.” Kashyap attributed the rise in tourist inflow to marketing on television channels and multiplexes and short videos on social media highlighting unexplored destinations in the state’s 12 districts.
”We are hopeful of touching the pre-Covid tourist inflow figures by the year-end as November and December are peak tourist seasons. However, the number of foreign tourists is yet to pick up,” he said.
Manali Hoteliers’ Association chief Mukesh Thakur said the Atal Tunnel — the new gateway to Lahaul and Spiti — had drastically increased tourist footfall.
Also Read | Journeys between hill destinations and remote locations of Uttarakhand
The tourist rush is picking up and Manali will be packed to capacity from December 20 till January 10, he said, adding the winter carnival starting from January 2 was another sought-after event.
Snowfall being a big attraction, gondolas in Solang, igloo stays in Hamta, winter sports in and around Manali, skiing and snowboarding courses offered by the Atal Bihari Vajpayee Institute of mountaineering and Allied Sports in Manali catch the attention of travellers, he added.
Pranav, a tourist, said, ”We came to see the Atal Tunnel but were swayed to visit Sissu after crossing it. It was like entering a different world — so calm and beautiful.” The tourism and allied industry suffered immense losses during the pandemic and tourist inflow dropped 81 per cent on year in 2020. The tourist arrival, which drew 1.72 crore people in 2019, crashed to 32.13 lakh in 2020 before marginally recovering to 56.37 lakh in 2021.
Dharamsala, the abode of Tibetan spiritual leader the Dalai Lama, is a popular tourist location while Shimla, with its British architecture, is famous as the ”Queen of the hills”, and Kullu-Manali is known for snow and adventure sports.
There is perennial flow of tourists to the ”Shakti peeths” in Kangra, Bilaspur, Una, Simaur and Mandi, known as ”Chhoti Kashi” for the ancient Shiva temples. Foreign tourists and adventure lovers are attracted to the virgin areas of Kinnaur, Lahaul and Spiti and Chamba.
Check out our in-depth Market Coverage, Business News & get real-time Stock Market Updates on CNBC-TV18. Also, Watch our channels CNBC-TV18, CNBC Awaaz and CNBC Bajar Live on-the-go!