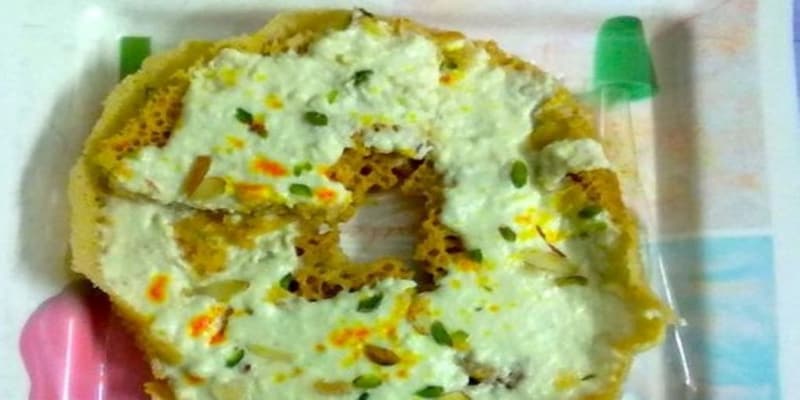 The Rajwadi region, where the Rajput people live, is a culinary mecca for those who like fine dining. The foods that make up Rajasthani cuisine are as diverse as the state itself.

The lack of fresh produce and fresh water in Rajasthan has influenced the cuisine there. Thanks to the wealthy's hunting trips and the way of life of the local warriors, there is now a wide variety of novel foods and substances that can be stored for multiple days. Dried lentils, beans, milk, and buttermilk all have their culinary uses. Using oil and red chilies in cooking helps keep food fresh longer while also cutting down on water use. A signature dish from each of Rajasthan's many distinct regions.

These meals are a must-eat before you leave Rajasthan:
Dal Baati Churma
This dish is often regarded as the state's culinary icon. In Rajasthan's arid regions, locals prepare a flatbread known as baati, which is hard and unleavened. Baati's major appeal is that it can be stored for a long time without going bad and that it can be prepared with very little water. Dal is the standard accompaniment (lentil curry). Lentils make up the dal, while the churma is a blend of coarsely powdered wheat, jaggery, or sugar.
ALSO READ: Visiting Rajasthan: Five best tourist spots in the State Royale of India
Laal Maans
The dish laal maans is the most well-known example of non-vegetarian cuisine in this mostly vegetarian state. The term laal maans comes from the dish's distinctive crimson hue. The meat of a wild boar or a deer used to be the main ingredient in laal maans. Nowadays, it's a hot mutton curry made with marinated mutton, garlic paste, sliced onions, and curds, cooked over a low flame. For meat lovers, this is a must-have.
Ker Sangri
Ker, a sort of wild berry that tastes both sour and spicy, is often combined with sangri, a type of long bean that grows in abundance in the desert regions of Jaisalmer and Barmer, to create one of the most well-known meals of Rajasthan. Due to its high protein content (53 percent), sangri is a staple food in times of drought. The peasants of Rajasthan, the story goes, discovered these two veggies long ago during a famine when all other greenery had withered away. As potable water was scarce, the locals carried these veggies home and prepared them in oil, seasoning them with various herbs and spices. In addition to their bajra rotis, they indulged in this delicious mixture. Nowadays, buttermilk or water is used in the cooking process.
Raab
This is a thick soup that is cooked and fermented from millet flour and buttermilk. A thick sauce is made by combining bajra flour with buttermilk in a traditional earthenware pot. The next step is to let it simmer on low heat for a long time, maybe overnight. As a result, it is often consumed in the form of soup. To create Makki ki raab, or corn raab, boiling maize kernels are added to the traditional recipe.
Ghevar
A traditional sweet dish from Jaipur, it consists of a disc of wheat that has been soaked in ghee, and milk, and topped with chopped almonds. In addition to its sugary flavour, this dish's crunch comes from being formed in a mold. Ghevar may be made in a number of different ways, such as a plain ghevar, a mawa (condensed milk) ghevar, or a malai (milk) ghevar (cream).
Final morsel
The Rajwadi region, where the Rajput people live, is a culinary mecca for those who like fine dining. The foods that make up Rajasthani cuisine are as diverse as the state itself, and they include everything from tangy beverages to spicy appetisers, mouthwatering sabzis, crisp bread, and the additional joys of chutneys, achars, papad, and chhach. Not to mention the soft, sweet treats and the rich, crunchy treats that disappear the moment you put them in your mouth.
ALSO READ: Lachen or Lachung? Travelling for the first time to Gangtok?
(Edited by : Sudarsanan Mani)
Check out our in-depth Market Coverage, Business News & get real-time Stock Market Updates on CNBC-TV18. Also, Watch our channels CNBC-TV18, CNBC Awaaz and CNBC Bajar Live on-the-go!