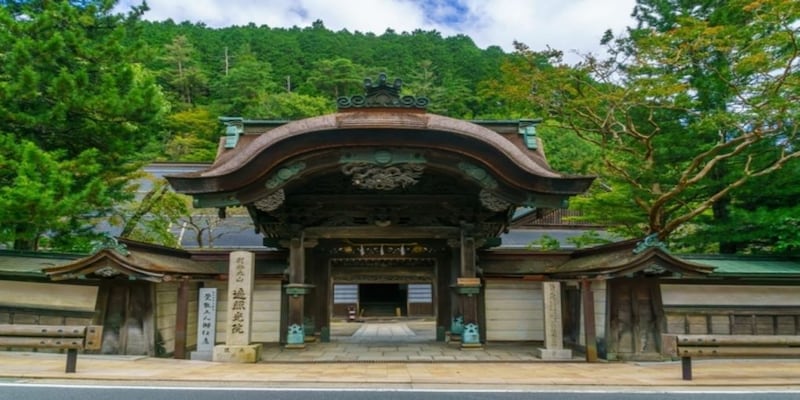 Different from a hotel or inn in significant ways, a Shukubo offers a unique and memorable experience. A visitor may learn about the customs and history that have been handed down through the years since it is a living culture rather than a contrived institution for amusement or entertainment.

Holy men, pilgrims, and aristocrats have been traversing Japan's sacred roads for generations in quest of enlightenment and wisdom. It was customary for them to seek out a temple, or ‘otera,’ at the conclusion of a day of hiking the mountain trails so that they might rest their aching legs.

'Shukubo' refers to the inexpensive lodging, traditional meals, and worship services that temples are able to provide. Even though pilgrims are becoming rarer in Japan, the country's temples are welcoming visitors from all over the globe via their traditional sliding wooden doors.
However, the number of individuals staying there while travelling as a public display of religion is dwindling. Shukubo is becoming popular with tourists since they provide something different and tranquil to its guests.
Dive inside the daily routine of a Buddhist monk.
Accommodations in the early days of Shukubo might be rather basic, reflecting the austere lifestyle of the pilgrims who slept there. Guests slept in dorm-style accommodations and joined the resident monks for several daily meditation and prayer sessions.
Meals in Buddhist temples, known as ‘shojin ryori,’ traditionally did not include any kind of meat, fish, or other animal items.
ALSO READ: Top four beaches worldwide: Get ready to relax!
Seasonal veggies and plants from the mountains around the temple are common components of a multi-course feast, as are tofu and soybean-based dishes. The combination of these elements is said to restore harmony to the physical, mental, and spiritual planes.
The Shukubo lodging system has come a long way from these humble origins. Some religious institutions provide lodging that is on par with that of high-end hotels while yet maintaining the quaint, historic feel of their original locations. Meditation classes, prayer gatherings, yoga, replicating the calligraphy that makes up sutras, and guided hikes into the nearby mountains are all available to modern-day tourists.
Visitors may also have the opportunity to take part in purification ceremonies, such as kneeling in front of waterfalls while saying prayers, on certain days.
Big Money and the Shukubo Way of Life
Several religious institutions, seeing a rising demand from businesses both domestic and international, have started to provide services such as corporate getaways, team-building stays, conferences, incentive trips, and remote work options for their corporate clients.
ALSO READ: Rising demand and supply chain issues send December airfares soaring
The elegant main hall of Houkouji Temple in rural Shizuoka Prefecture, southwest of Tokyo, has been used to host corporate events, including meditation sessions, presentations, and meetings, with a capacity of several hundred people.
There is a Japanese tea room, conference rooms, sleeping quarters for up to fifty visitors, and a 'shojin ryori’ mess hall in the large 15,000 square metre temple grounds.
Spending the night at a temple is an excellent way to learn about the local culture, customs, and Buddhism rather than just passing through as a tourist.
Visitors may see old Buddhist sculptures and paintings, many of which are designated as national treasures, in the grand halls and Japanese-style chambers, which are stunning specimens of traditional Japanese architecture.
Spending time outside, breathing in the pristine air and surrounded by the splendour of nature, is also a profoundly holy experience. And that's quite different from, say, a hotel in the middle of a teeming tourist hub.
Different from a hotel or inn in significant ways, a Shukubo offers a unique and memorable experience. A visitor may learn about the customs and history that have been handed down through the years since it is a living culture rather than a contrived institution for amusement or entertainment. As part of the kaidan meguri ritual of Shukubo, one must descend the temple's steps in the dark. It is stated that if you can locate the lock on the door in total darkness, you will develop confidence and be able to face your worries.
(Edited by : Sudarsanan Mani)
Check out our in-depth Market Coverage, Business News & get real-time Stock Market Updates on CNBC-TV18. Also, Watch our channels CNBC-TV18, CNBC Awaaz and CNBC Bajar Live on-the-go!