From Mount Fuji to Phuket: Destinations in Asia you must travel next

From Mount Fuji to Phuket: Destinations in Asia you must travel next . To properly experience everything that Asia has to offer would take months, making it difficult to choose just a few destinations.

Both in terms of land mass and human population, Asia is the world's largest continent. A large number of different cultures coexist peacefully throughout Asia. There is no other place on Earth where so many different peoples and cultures coexist so harmoniously.

Spending a few months exploring this land is a minimum commitment. The good news is that we've made it easy by compiling a list of the top five Asian tourist destinations.
Get this journey to Asia started already!
Japan's Towering Mount Fuji While technically a stratovolcano, Mount Fuji has been dormant since 1708. Stunning Mount Fuji is a member of Japan's ‘3 Sacred or Holy Mountains,’ each of which is attributed with a different kind of power; Fuji is the ’volcanic power’ mountain. This should already sound frightening, yet Aokigahara can be found at the mountain's foot. This deep woodland, also called ‘The Suicide Forest,’ is located on top of cooled lava and is surrounded by ice caves, all of which work together to dampen outside noise and create an eerie, isolated atmosphere.
ALSO READ: Lachen or Lachung? Travelling for the first time to Gangtok?
Many tourists come to this World Heritage Site and internationally recognised emblem of Japan just to take photographs, while some come for the climbing. Women were not permitted to climb to the peak until the 19th Century, thus today's tourists come from all walks of life and across the age spectrum to recoup their lost time.
City of Hoi An in Vietnam 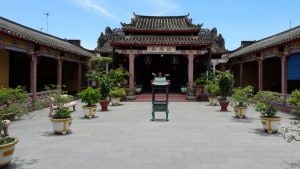 Hoi An is a great starting point for visits to other UNESCO World Heritage Sites including the My Son Sanctuary and the Cua Dai Temple. Hoi An is one of the most interesting Asian destinations because of the lantern festival you may join. The greatest way to see Asian culture is to go to different countries and attend their festivals and museums.
The Lantern Festival is held in Hoi An on every full moon to pay tribute to the city's past generations via the medium of light. On the evening before a full moon, residents of the Ancient Town switch off all the city's electric lights and decorate their homes and the river with bright lanterns and candles.
Jaipur, in the Indian state of Rajasthan Jaipur, although less well-known than New Delhi or Mumbai, wins the award for ‘most beautiful’ city in India. Jaipur is home to a population of artists and is sometimes referred to as the beautiful Pink City because of the distinctive pink tint of the sandstone used to construct many of the city's buildings. Block printing, blue ceramics, shellac work, stone sculptures, and the distinctive technique of Bandhani are all created by local artisans.
The Island of Phuket, Thailand As Thailand's largest island, Koh Samui is a popular tourist destination. Phuket is home to some of Thailand's most beautiful beaches, with powdery white sands and a clear blue sea beyond the sight.
ALSO READ: Visiting Rajasthan: Five best tourist spots in the State Royale of India
Kata, Kamala, and Hat Karon beaches are bustling with visitors from November to February but transform into quiet fishing communities when the rains come. The stunning coral reefs that dot the shoreline provide for excellent snorkelling, diving, sea kayaking, and island hopping.
The Big Buddha, a 45-metre-tall figure coated in Burmese marble, can be reached by climbing a hill, while Wat Chalong, the island's biggest and most significant Buddhist temple, is adorned in white and gold.
Capital of South Korea, Seoul 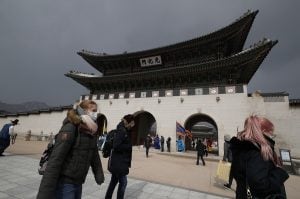 South Korea is a great place to visit during the spring. This means that South Korea is the place to go for a quiet, stress-free spring break. South Korea seldom sees temperatures higher than 17 degrees. As a result, visitors of all stripes may bask in Seoul's year-round mild climate with ease. Mounts Songnisan, Jirisan, and Seoraksan all have national parks where hikers are welcome. Your trip to Seoul will be one of the most memorable times of your life.
Asia is the world's most populous and second-largest continent, and it is also home to several ancient cultures. To properly experience everything that Asia has to offer would take months, making it difficult to choose just a few destinations. So, with no further ado, pack your bags and head out to the amazing destinations listed in this article to make the most out of your trip!
(Edited by : Sudarsanan Mani)
Check out our in-depth Market Coverage, Business News & get real-time Stock Market Updates on CNBC-TV18. Also, Watch our channels CNBC-TV18, CNBC Awaaz and CNBC Bajar Live on-the-go!