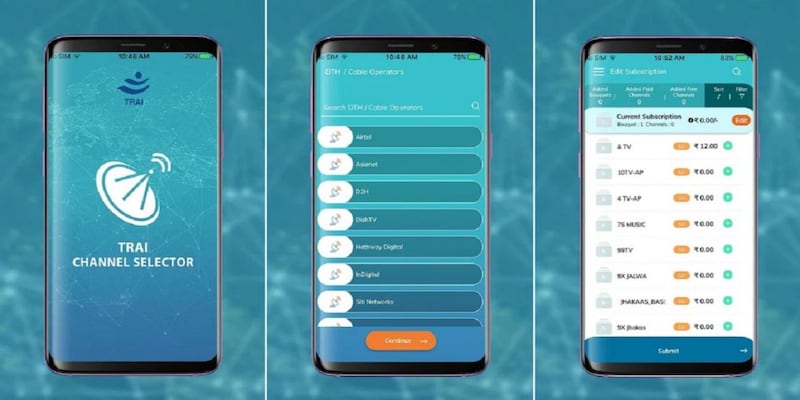 In a move to arm customers with access to choice, TRAI has launched the Channel Selector App, which would allow consumers to pick, manage and modify channel subscriptions across leading DTH operators and cable operators.

In a move to arm customers with access to choice, the Telecom Regulatory Authority of India (TRAI) launched the Channel Selector App, which would allow consumers to pick, manage and modify channel subscriptions across leading DTH operators and cable operators.

TRAI says the app will allow customers to view all available channels and bouquets and pick individual ones. TRAI claims that the algorithm based app ensures that there is no duplication of channels and provides “optimized” channel subscriptions, to ensure cost savings.
The app can also be used to modify and manage existing subscription of the customer.
Most of the major DTH and cable operators are onboard the app, the regulator said. Efforts are underway to include other players to make the useful for all customers.
Speaking at the launch, TRAI Chairperson RS Sharma said that this was not a commercial venture in competition with the unique apps that were being developed by individual DTH or cable operators. He added that individual players would be at liberty to develop their own apps.
On the issue of privacy, TRAI Chairperson assured that no user data was collected or shared by TRAI. He further claimed that any information sought from the user, is stored locally, on the consumer’s device.
The app has been made available on the Google Play and Apple App Store.
Check out our in-depth Market Coverage, Business News & get real-time Stock Market Updates on CNBC-TV18. Also, Watch our channels CNBC-TV18, CNBC Awaaz and CNBC Bajar Live on-the-go!