Telecom major Reliance Jio on Tuesday acquired the maximum spectrum, i.e. 488.35 MHz across three circles, for Rs 57,122.65 crore in the latest round of auction, said Anshu Prakash, secretary at the department of telecommunication.

After the latest round of auctions, Jio announced that it has successfully acquired the right-to-use spectrum in all 22 circles across India. Its total owned spectrum footprint has increased significantly, by 55 percent, to 1,717 MHz and also has the highest amount of sub-GHz spectrum with 2X10 MHz contiguous spectrum in most circles. It also has at least 2X10 MHz in 1800 MHz band and 40 MHz in the 2300 MHz band in each of the 22 circles. 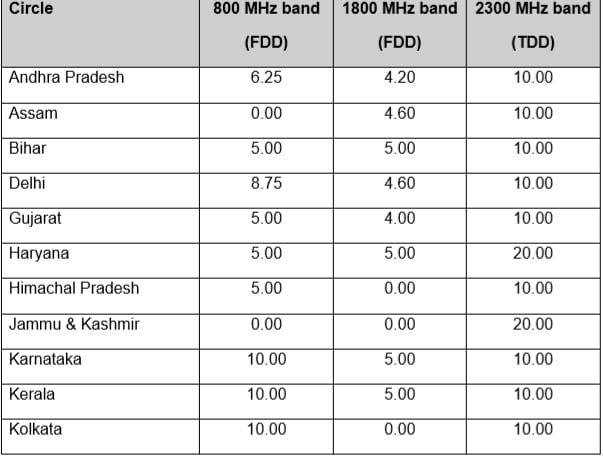 Jio said the acquired spectrum can be utilised for the transition to 5G services at the appropriate time, where it has developed its own 5G stack.

Reliance Industries Chairman Mukesh Ambani said, "Jio has revolutionised the digital landscape of India with the country becoming the fastest adopter of Digital Life. We want to ensure that we keep on enhancing experiences, not only for our existing customers but also for the next 300 million users that will move to digital services. With our increased spectrum footprint, we are ready to further expand the digital footprint in India as well as get ourselves ready for the imminent 5G rollout." 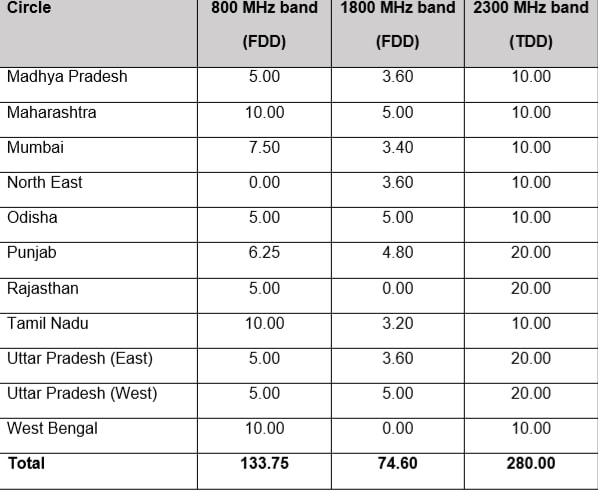 The spectrum auction which began on Monday concluded today at 12.45 pm with six rounds of bidding. The total value of bids received is Rs 77,814 crore, the secretary said. "We have received bids in all bands except 700 MHz, 900 MHz bands. 855.60 MHz spectrum has been acquired in this auction," he said.

Union minister Ravi Shankar Prasad had on Monday said Rs 77,147 crore were received as the winning bid during the spectrum auction till 6 pm.

Spectrum will be offered for the assignment for a validity period of 20 years.