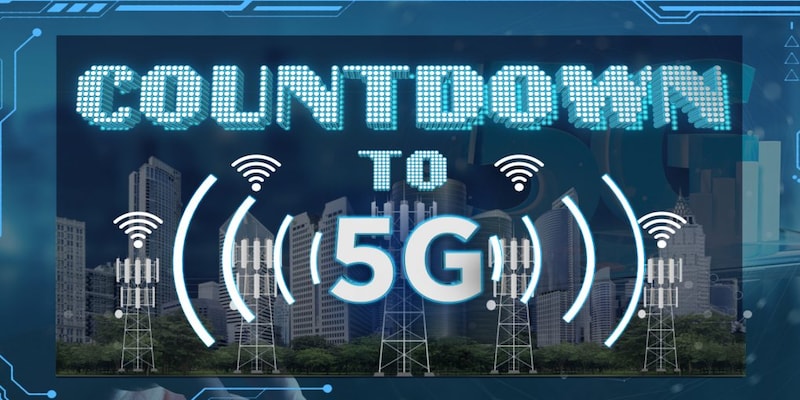 Prime Minister Narendra Modi will officially launch 5G services in India on Saturday. Modi, accompanied by the doyens of the Indian telecommunications space such as Reliance Industries chairperson Mukesh Ambani, Bharti Airtel chairman Sunil Mittal, and others, will herald in the next era of mobile connectivity during the inauguration of the Indian Mobile Congress in New Delhi.

Come Saturday, Prime Minister Narendra Modi will officially launch 5G services in India. Modi, accompanied by the doyens of the Indian telecommunications space such as Reliance Industries chairperson Mukesh Ambani, Bharti Airtel chairman Sunil Mittal, and others, will herald in the next era of mobile connectivity during the inauguration of the Indian Mobile Congress in New Delhi.
As per the schedule, the Prime Minister will take a tour of the premises where he will visit various booths set up by players in the mobile telecommunications space. Modi will also review test cases in which 5G was used to great effect — indigenous technology, farming, cattle herding, river cleaning, to name a few particular to India.
The mega auction for the 5G spectrum concluded on August 1 after seen days of bidding, with the government receiving bids worth more than a record Rs 1.5 lakh crore — a new record, up from the previous high of Rs 1.09 lakh crore in the 2015 auction.
Also read: Bharti Airtel, Vodafone, RIL surge 3-5% ahead of 5G services launch
The auction was held in low (600 MHz, 700 MHz, 800 MHz, 900 MHz, 1800 MHz, 2100 MHz, 2300 MHz), mid (3300 MHz), and high (26 GHz) frequency bands.
Reliance Jio has bagged a total of 24,740 megahertz of 5G spectrum — 220 MHz in the 700 MHz band in 22 circles, 20 MHz in the 800 MHz band spread across four circles, 60 MHz across six circles, 2,440 MHz in the 1800 MHz band, and 22,000 MHz in the 26 GHz band spread across 22 circles.
It's not just agriculture or farming, even the defence establishment is betting big on 5G — the Indian Army is planning to use the connectivity to boost frontline troops' communication services.
Also read: Explained: Private 5G networks and why telecom operators don't like them
Even companies that provide 5G hardware are upping their game. Recently, Ericsson said it is introducing a new triple-band, tri-sector radio that it says can do the job of nine radios. Ericsson said that Radio 6646 cuts energy consumption by 40 percent compared to triple-band single-sector radios, and with reduced weight — including the use of aluminium — by 60 percent, minimising site footprint as well.
The new radio combines 900, 800, and 700MHz frequency bands into one compact 2G to 5G-capable radio. Ericsson claims that Radio 6646’s low-band spectrum capabilities will significantly boost both 5G coverage and mid-band (3.5GHz) performance in an energy-efficient way.
CNBC-TV18 will be at the forefront to bring you the latest updates as 5G services are launched in India on Saturday. Watch this space.
Also read: Former telecom secretary says 5G critical to India's social, infrastructural needs
Disclaimer: Network18, the parent company of CNBCTV18.com, is controlled by Independent Media Trust, of which Reliance Industries is the sole beneficiary.
Check out our in-depth Market Coverage, Business News & get real-time Stock Market Updates on CNBC-TV18. Also, Watch our channels CNBC-TV18, CNBC Awaaz and CNBC Bajar Live on-the-go!