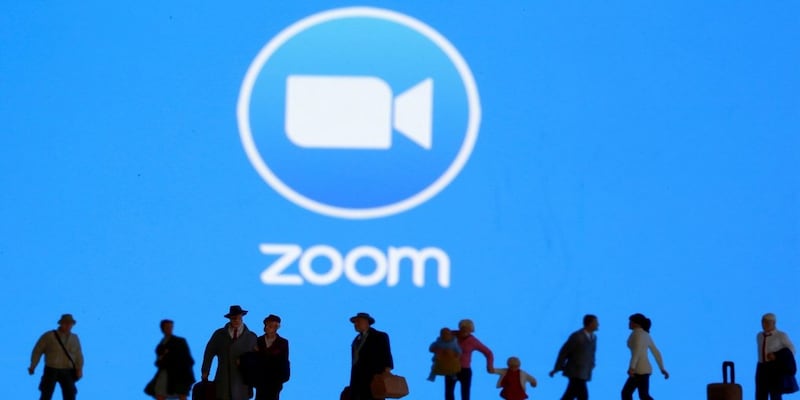 Popular video conferencing app Zoom is planning to make a significant investment in India over the next five years and ramp up hiring, a top company executive said and sought to dispel misconceptions that the app has links with China, ahead of competition from billionaire Mukesh Ambani's just launched JioMeet.

"Some of the misconceptions are disheartening, especially those about Zoom and China," Zoom's president of product and engineering Velchamy Sankarlingam said in a blog post.
"We do recognise that as we continue to introduce ourselves to the Indian market, there has been some confusion about the facts as it relates to Zoom. We want to work through these".
Zoom, he said, is a US company that is publicly traded on the NASDAQ.
Zoom had seen spurt in users since COVID-19 lockdown but now faces competition from JioMeet, which has already seen about one million downloads within a week of launch on its promise of providing unlimited free video calling.
Zoom's platform offers 40 minutes of video calling for free.
In a blog on Medium, Sankarlingam said India is and will continue to be an important market for Zoom, and that the company is excited to build on the exciting opportunities it sees in the region.
"We also have plans for significant investment in the country over the next five years and beyond, including expanding our footprint and hiring more top talent in the region," he said.
He added that Zoom is helping Indian businesses, government agencies, communities, school teachers, and other users stay connected.
Sankarlingam emphasised that the company is keen to engage with stakeholders in India in the coming months to support key priorities such as Digital India, StartUp India and Skills India, as well as introducing them to Zoom.
"Zoom's presence in India is represented on the ground by an office in Mumbai, as well as two Data Centres (one in Mumbai and one in Hyderabad)," he added.
Besides him, two of Zoom's top executives - Aparna Bawa (Chief Operating Officer) and Sunil Madan (Corporate Chief Information Officer) - are of Indian descent, he noted.
Sankarlingam pointed that there were some "disheartening" misconceptions, especially those about Zoom and China.
"Zoom has been clear about its identity: Zoom is a US company, publicly traded on the NASDAQ, founded and headquartered in San Jose, California," he explained.
He added that like many global technology companies, Zoom has offices in China operated by subsidiaries of the US parent company.
There have been calls for boycotting the app from certain sections in the country that referred to the app as Chinese. These calls had gained momentum after India banned 59 apps that had links with China.
Sankarlingam said Zoom understands its obligation to its users and takes security and privacy "incredibly seriously". The company had announced a 90-day plan during the course of which Zoom released over 100 new features focused on privacy, safety and security.
In April, the Home Ministry had warned government officials against holding meetings on Zoom amid security concerns regarding the platform. The company had stated that it was in discussions with the government on the matter.
Founded in April 2011 by Eric Yuan, Zoom offers video calling services across mobile devices, desktops, telephones, and room systems.
It has 21 offices around the world, including in the UK, Australia, Japan, France. More than half of its employees are based in the US. It has 17 global co-located data centers.
Check out our in-depth Market Coverage, Business News & get real-time Stock Market Updates on CNBC-TV18. Also, Watch our channels CNBC-TV18, CNBC Awaaz and CNBC Bajar Live on-the-go!