Zenia Tata on Innovation, Kriya Yoga, and the $1 million XPRIZE for Women’s Safety

Zenia Tata on Innovation, Kriya Yoga, and the $1 million XPRIZE for Women’s Safety 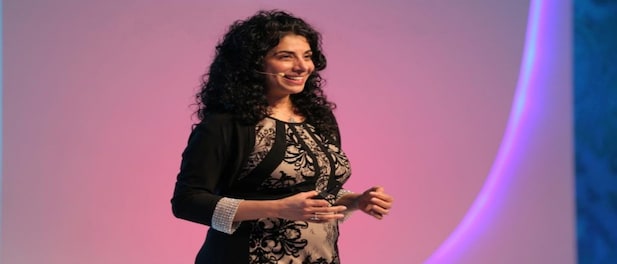 The past few months have been busy for Zenia Tata. The chief impact officer at XPRIZE Foundation has been testing the prototypes of the five finalists in the race for the Women’s Safety XPRIZE, the winner for which will be announced this month. “We’re talking about a whole new cadre of devices,” says the US-based Zenia with characteristic enthusiasm.

Launched two years ago, the innovation award carries prize money of $1 million sponsored by entrepreneurs Anu and Naveen Jain. It requires competing global teams to come up with a GPS-monitored device under $40 that a person can wear on their body and trigger without using hands in case of a personal emergency.
It should be able to transmit information to a network of community responders, while discreetly alerting the person that help is on the way, all within 90 seconds.
“Even in the US, the average time taken for emergency services to respond is nine to 18 minutes. A lot can happen in that time. Besides, three billion people in the world do not have access to an emergency number at all,” says Zenia, who looked for a community-based helpline system before launching the project, and tied up with the maker of the free app, Guardian Circle, which enables neighbours, family and friends to protect one another. 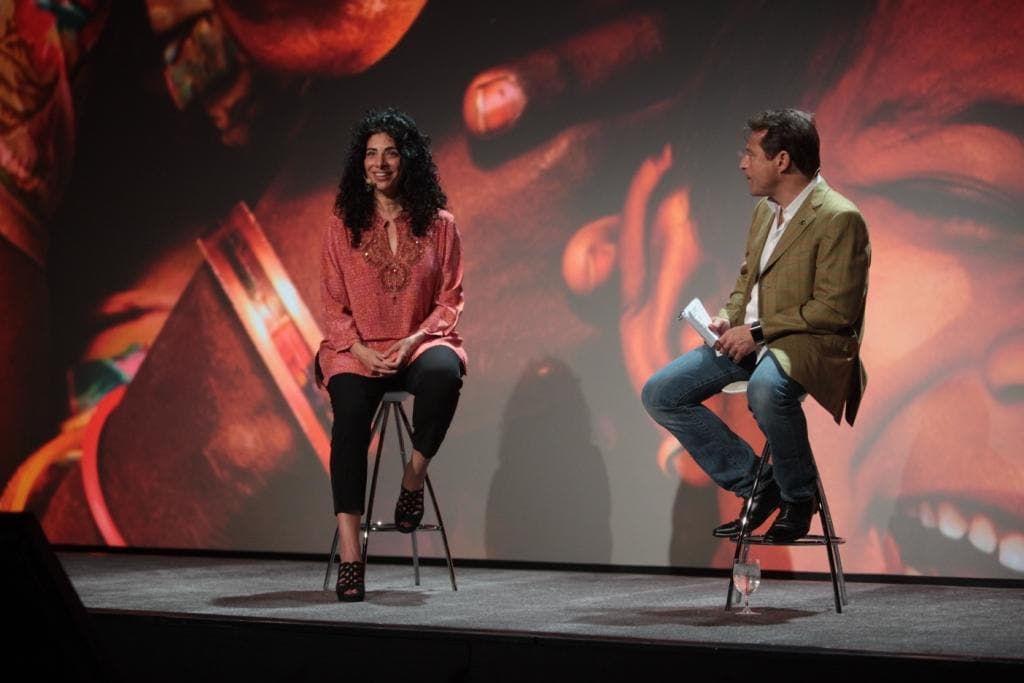 Zenia’s concept of the women’s safety prize benefits men, children and the elderly as well. “When women are safe, societies thrive. The real-estate value of those neighbourhoods is higher, they are more desirable to live in, and businesses are open till late – it works for everyone,” she says, adding that if an equal number of women as men were to feel safe and empowered enough to join the workforce, they could potentially add $ 19 trillion to the world economy by 2020.
It is apparent when you talk to Zenia that she really immerses herself in any project she takes on. Having spent over two decades working for non-profit organizations across 20 countries, she is well-versed in diverse issues from water and food scarcity, to land rights, healthcare, education and child welfare.
Her clients include MIT’s D-Lab and the Bill and Melinda Gates Foundation. With her commanding presence and amiable personality, she is also frequently invited as a speaker on various forums, and to give lectures on social entrepreneurship at institutions like Harvard Business School and Stanford, among others.
The Mumbai-born Zenia has also been uniquely positioned on the cusp of social entrepreneurship and technology. During her work as executive director of International Development Enterprises (iDE), USA, she was able to help pioneer market-based approaches to double the income for over 22 million impoverished farmers in Asia and Africa.
Which is why, five years ago, the donor-funded XPRIZE Foundation approached her to take forward their global strategy, and to incentivize innovation for low-cost solutions to social and lifestyle problems plaguing the developing world. One of the many prizes that the foundation is famous for – besides challenges like space exploration, creating water from air, and turning carbon emissions to valuable products – the Women’s Safety Prize was the first global competition launched by the philanthropic foundation outside the US, and took Zenia back home to her birthplace, India.
The only child of a “brilliant mother” and a “serial entrepreneur” engineer father, Zenia did her graduation from Mumbai’s St Xavier’s College, and then headed to the US to attend flight school. But she faced an immediate setback as an acquaintance took a loan in her name and absconded with the money. She had to work two or three jobs at a time to fund her stay.
But the experience opened up something inside the then 21-year-old. She picked up several languages – including French, German and Italian – and became a follower of Paramhansa Yogananda, devoting herself to kriya yoga and serving in the ashram in Denver. 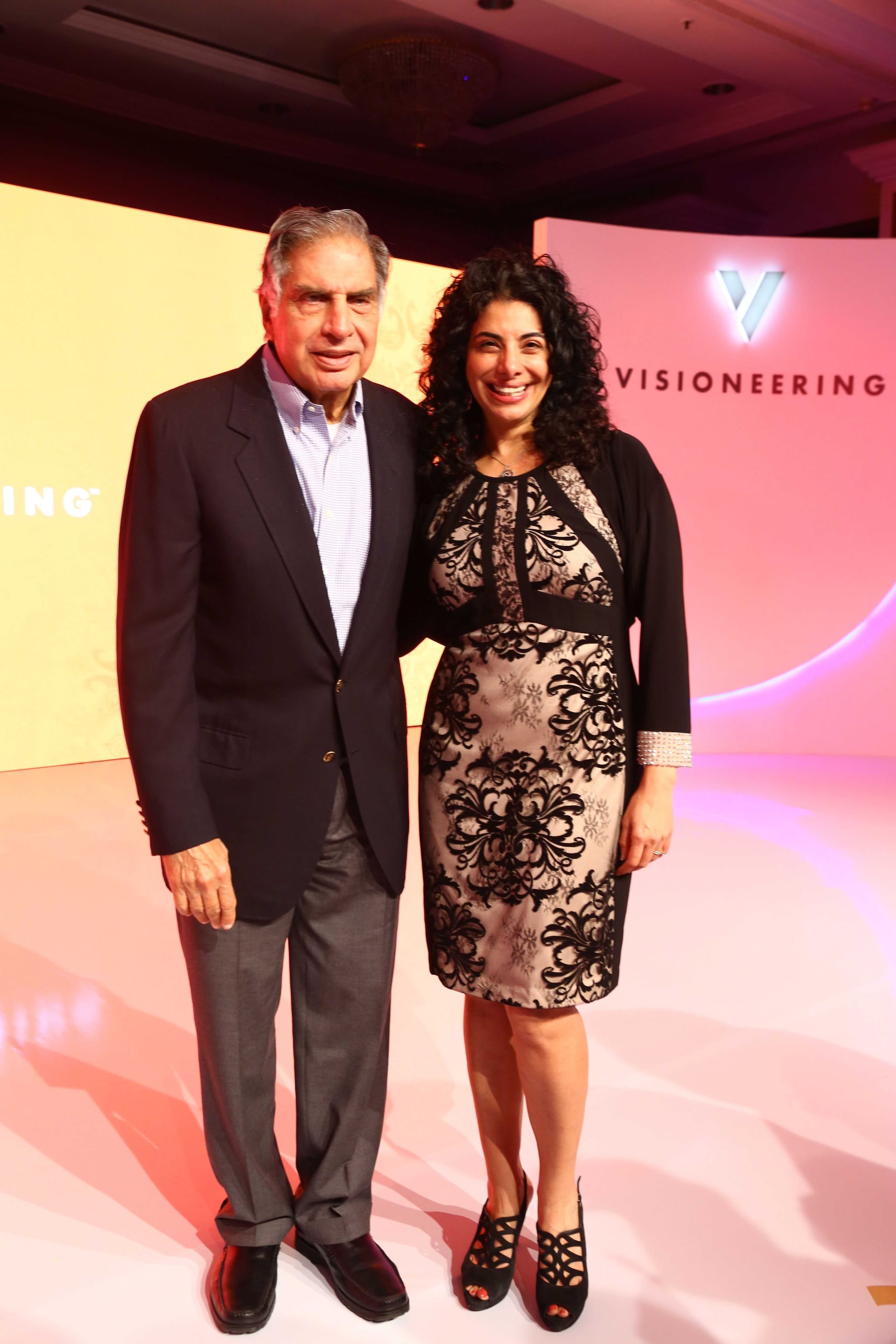 “I became more attracted to Eastern spirituality after leaving India. When you’re out there, all alone, and have to make harsh choices, seeds of old values planted inside you in childhood either blossom or submerge,” she explains, adding that she feels blessed to be born to a family with strict codes of conduct – “You can’t use or abuse a name like Tata.”
If her dream of flying couldn’t work out, Zenia decided to follow in her grandmother and mother’s footsteps and become a social activist. Over the next eight years or so, she worked across the US – including in Alaska, where she met her life partner – before her work at iDE took her to India, besides other countries in Latin America and Africa.
After her wedding, she moved to Crested Butte, Colorado, with her American husband, a financial advisor, former pilot and “armchair astronomer”, and the two live a “cerebral and adventurous life” after work hours, reading science fiction or going hiking, biking, horse riding, and scuba diving.
Meanwhile her work at XPRIZE continues. Industrialist Ratan Tata, her cousin a few times removed, was keen for her to bring it to India to solve some of India’s biggest challenges including women’s safety, and lent his name to it.
As always, Zenia is excited about the possibilities: “We’re trying to capture the world’s imagination in order to accelerate the rate of positive change. It’s all about innovative thinking.”
Aekta Kapoor is
the Editor and Publisher of eShe magazine.
This article was first published in eShe magazine.
Check out our in-depth Market Coverage, Business News & get real-time Stock Market Updates on CNBC-TV18. Also, Watch our channels CNBC-TV18, CNBC Awaaz and CNBC Bajar Live on-the-go!