Apple has announced iOS 16 with an overhauled lockscreen, updates to photo libraries, editable iMessages and more. The OS update is currently in development and is expected to available for public release this September.

Apple on Monday officially announced iOS 16, which features some of the biggest design overhauls to the iPhone software in years. iOS 16 is currently in development and is expected to available for public release this September. Here's a quick roundup of all the biggest features coming with iOS 16.
Lockscreen:
Apple appears to have taken a leaf out of Google's Android 12 and overhauled its lockscreen, the most significant redesign in years. With iOS 16, Apple will introduce a way for users to customise the lockscreen of their iPhone in a myriad ways — wallpapers, the on-screen clock font, widgets with interactive information, and more. While this is still a ways off from the sheer customisability of Android, it's a step in that direction. Further, you can ensure the notifications show up in a rolodex-like animation at the bottom of the lockscreen, or are hidden till you choose to expand them. iOS 16 also allows you to set a homescreen per Focus Mode — sleep, personal, do not disturb, and more — each with their own app settings. 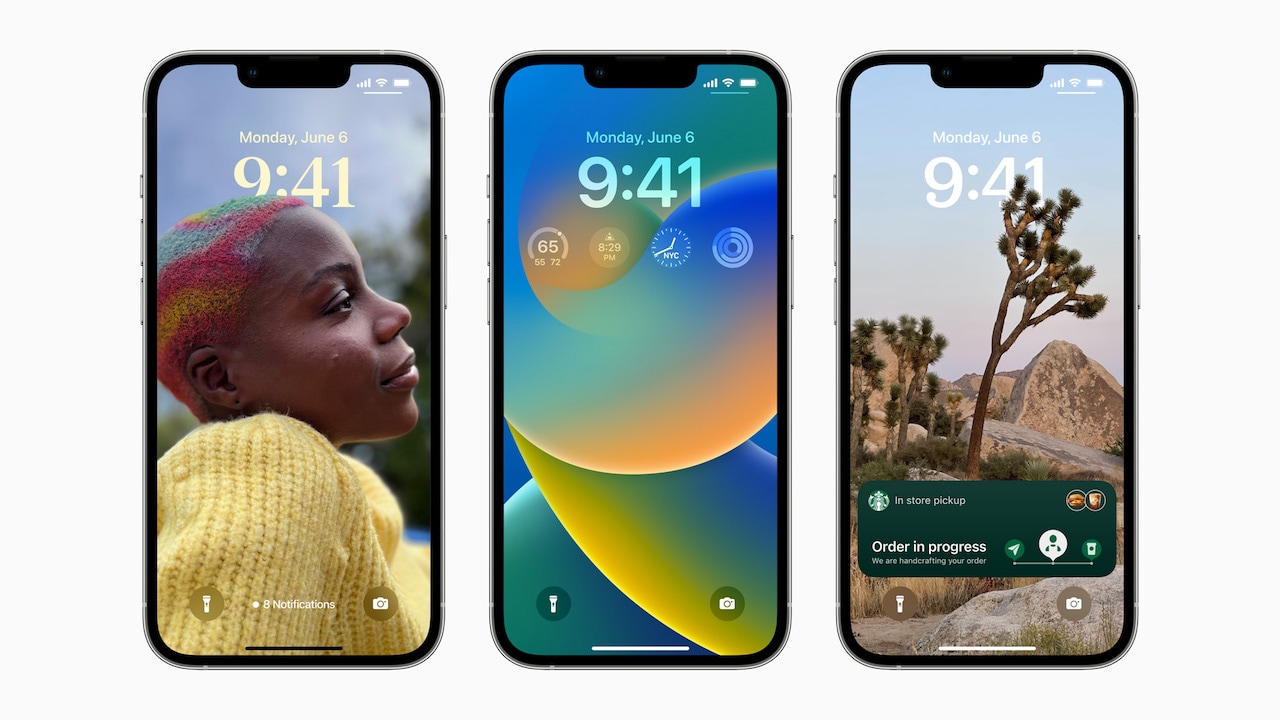 The new, redesigned lockscreen in iOS 16. (Image: Apple)
iMessage: This is probably a feature that will excite many people — I'm excited, at least. Apple's native messenger, iMessage, will now let you edit messages after you've sent the text, undo send, or mark a text or thread as unread. These features are present in other messenger apps, sure, but this is the first big redesign in iOS since reply-to-text, Animoji and and tapback (reacting with emoji to individual messages).

Shared iCloud Photo Libraries: Apple Photos already has a shared album option, but iOS 16 takes it a step further by creating dedicated shared libraries.  Furthermore, you can opt to send a photo to either the shared photo library and your personal library right from the camera app. You can also choose photos based on their subjects. Edits to any photos in shared libraries will reflect for everyone who has access to that library. 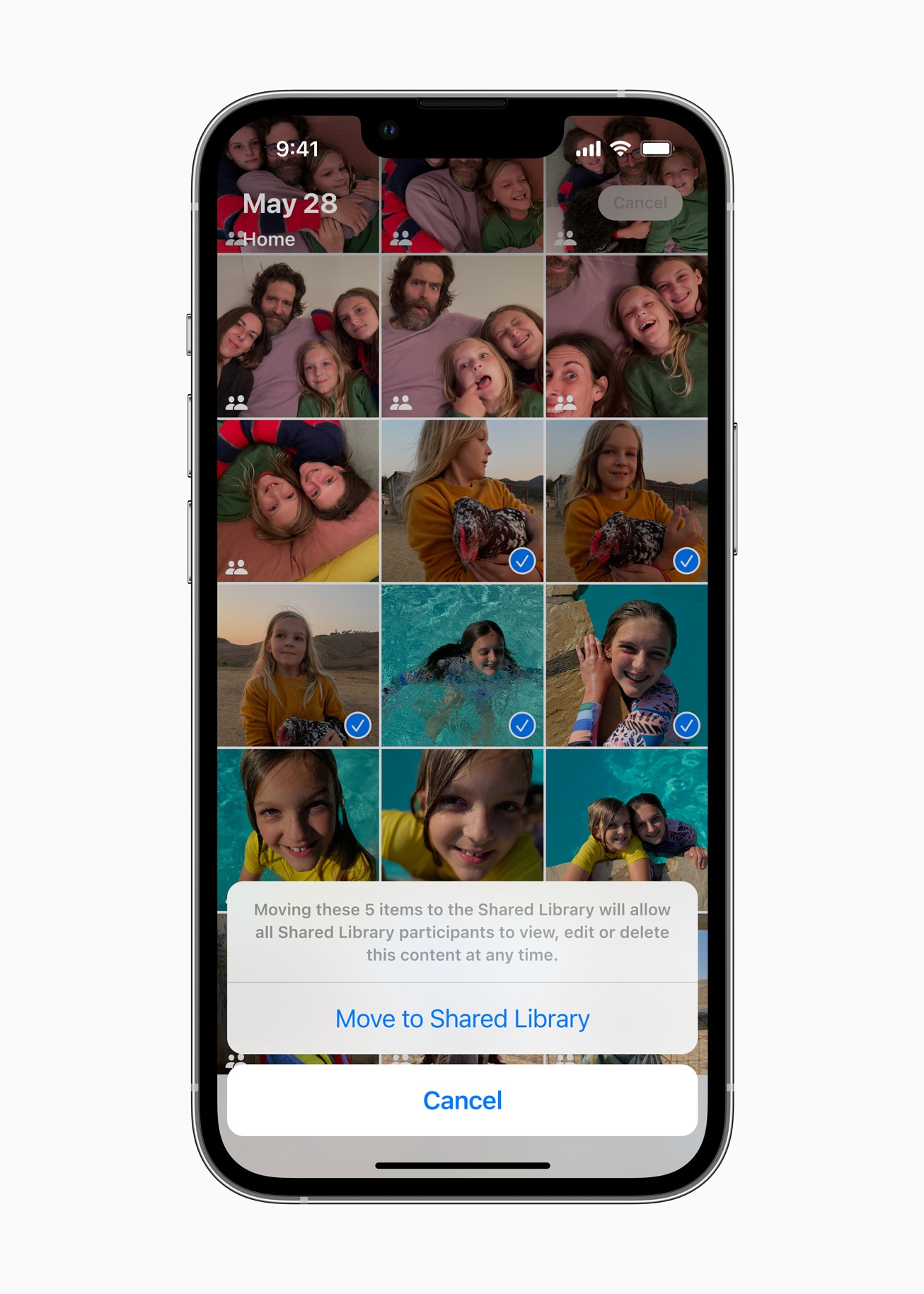 Shared photo library. (Source: Apple)
Fitness app comes to iPhone: Till iOS 15, the Fitness app was available only on those iPhones that are paired to an Apple Watch. Now, the app will be available on all iPhones, with built-in motion sensors giving you an approximation of your activity, calories burnt, exercise minutes, etc.

Safety Check: Apple is introducing a new security feature called Safety Check, which will allow you to easily revoke access to certain information, like location, that you may have shared with someone else previously. This is aimed at people in abusive relationships, Apple said during the keynote.

Live Text gets better: The Live Text feature — similar to Google Lens — will now work in videos as well. Users can pause a video on any frame and interact with text. Live Text also adds the ability for users to quickly convert currency, translate text, and more, Apple said. Visual Look Up — currently available only in certain countries — allows you to to tap and hold on the subject of an image to lift it from the background and place it in apps like Messages. Visual Look Up also expands to recognize birds, insects, and statues.
Also read: WWDC 2022: Apple announces new MacBook Air, Pro running M2 chip
Check out our in-depth Market Coverage, Business News & get real-time Stock Market Updates on CNBC-TV18. Also, Watch our channels CNBC-TV18, CNBC Awaaz and CNBC Bajar Live on-the-go!