Apple has unveiled the eagerly awaited date for its September special event, where it is widely expected to announce the latest iPhones.

Apple has unveiled the eagerly awaited date for its September special event, where it is widely expected to announce the latest iPhones. It will be held on Tuesday, September 10 at the Steve Jobs Theatre.

In an invitation that read ‘By innovations only', the Cupertino tech giant teased a five-coloured version of its logo, which could imply newer shades for the iPhone. The colours on the logo are not the same as the classic rainbow logo, as it comprises green, blue, yellow, red and purple.
This date was largely expected since Apple has a tradition of holding its iPhone events on the second Tuesday or Wednesday of September. This year, Wednesday seemed unlikely, as it is September 11. The event will be held in the recently built Steve Jobs Theatre, a homage to the company’s late co-founder, at 10 a.m. Pacific Time (10:30 p.m. IST).
This will be Apple’s third event of the year, following the March launch of its new services like the Apple TV+ and the Apple Card, and the annual Worldwide Developers Conference (WWDC), which focussed on software upgrades and the announcement of iOS 13 and macOS Catalina.
Here’s a preview of what to expect from the hardware-centred special event this year: iPhone
An absolute certainty for the event, Apple, whose market cap has previously hit $1 trillion, is set to release three new iPhones this year, as it aims to upgrade the current lineup that consists of the XR, XS and XS Max.
Rumour has it that the naming of the iPhones might change this year, with Apple following the iPad’s lead and introduce the ‘Pro’ naming scheme for its phones too. Many predict that the new iPhones could be called 11, 11 Pro and XT.
Improvements are likely to be made with the camera, processor, battery, haptics and wireless charging capability. One of the most noticeable changes may just be the new camera system, as there are rumoured to be three cameras at the back, a first for the iPhone, for the flagship models. The successor of the iPhone XR will likely host two rear cameras, an upgrade from the current single camera.
5G will almost certainly not be available for this year, with Apple planning to introduce it with its 2020 range of iPhones. The chances of 3D Touch coming to the new iPhones look slim, as all three new models are set to follow suit from the iPhone XR and incorporate Haptic Touch. The infamous notch might also become smaller. FILE PHOTO: Kevin Lynch, VP of Technology at Apple, speaks near a projection of an Apple Watch during the company's annual worldwide developer conference in San Jose, California, U.S. June 5, 2017. REUTERS/Stephen Lam/File Photo
Apple Watch
Chances of seeing a new Apple Watch are high, as the tech giant has used this event over the years to launch newer versions of its smartwatch, which debuted in 2015. Since its release, it has been the biggest-selling wearable device in the world every year.
However, the new watch might not be what people are expecting. Chronologically, the event should unveil the Apple Watch Series 5, but rumours suggest that this year’s launch would merely be a refresh of the Series 4. Apple could release ceramic and/or titanium finishes of its smartwatches, possibly with small upgrades. Backlit keyboard is reflected in the screen of Apple Macbook Pro notebook computer in Warsaw February 6, 2012. REUTERS/Kacper Pempel (POLAND - Tags: BUSINESS)
MacBook
Less likely, but still possible, Apple could revamp its flagship laptop, the MacBook Pro, with a larger 16-inch screen. This would make it the second-largest MacBook in the company’s 43-year history, behind the mammoth 17-inch MacBook Pro that was discontinued in 2012.
Similar to the iPad Pro upgrades, this new model is rumoured to have even smaller bezels around its screen, aiming to make the laptop almost completely bezel-less. The size could be anywhere between 16 and 16.5 inches, but an OLED screen is unlikely to be featured.
While this is likely in the making, Apple may wait for October – or even next year – to launch the event, to not take away the thunder from the new iPhones, whose sales dropped to less than half of the company’s total revenue in its latest quarter for the first time in seven years.
The MacBook Pro has been under the spotlight recently, with numerous airports and airlines banning certain models of the laptop due to security fears, after the company recalled Pro laptops manufactured between 2015 and 2017 as the battery posed a possible fire safety risk. 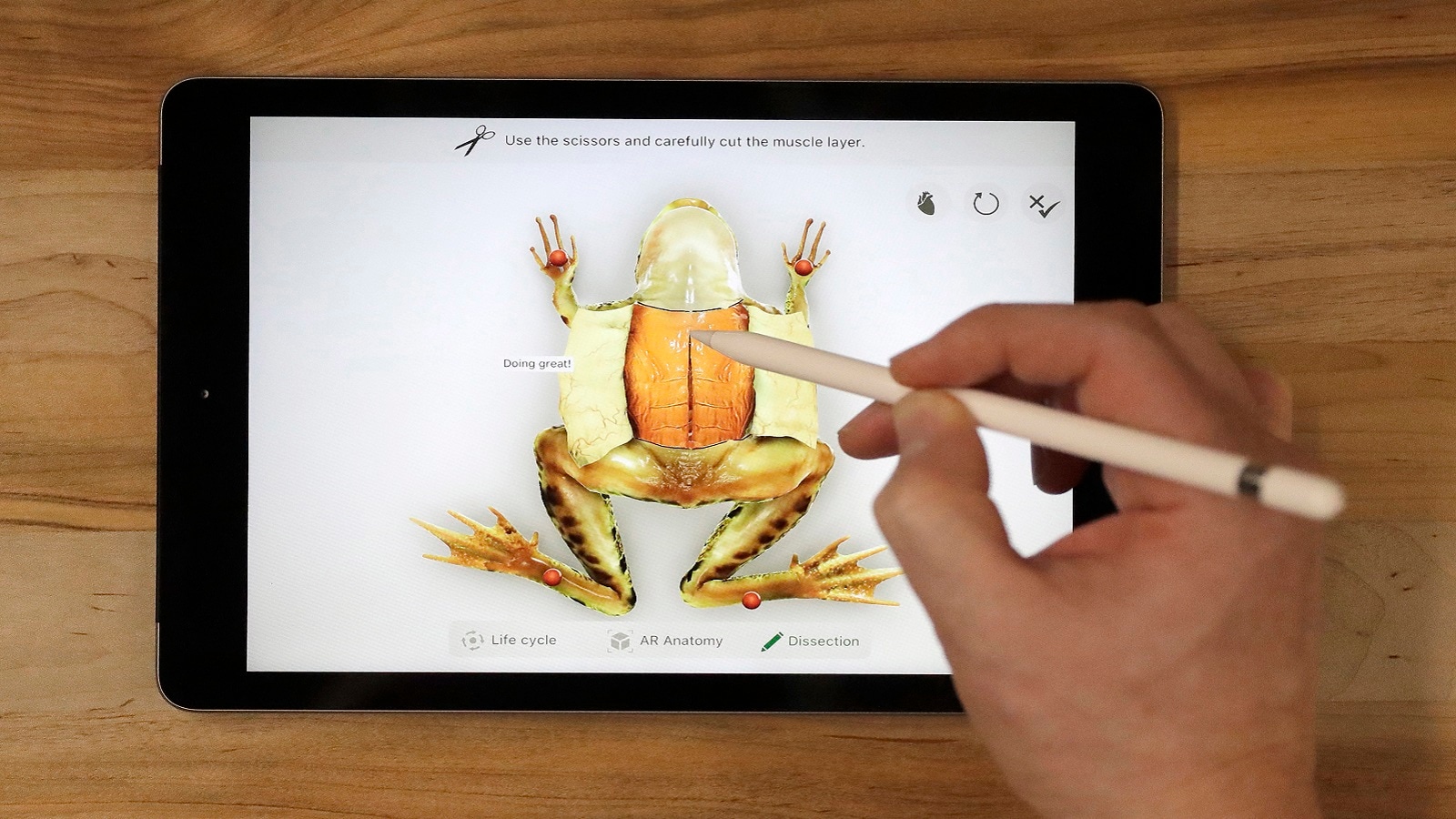 The iPad is able to support Apple Pencil and is powered by the A10 fusion chip. It will also be supported by an 8MP rear camera. (Image: AP)
iPad
Similar to the MacBook, the possibility of seeing the new iPad and iPad Pro in the September event is quite low. The high-end iPad Pro could see upgrades in its camera and processor for its 11-inch and 12.9-inch models. The budget version, simply called iPad, could, however, see a massive overhaul.
Apple may be planning to replace the current 9.7-inch variant for a 10.2-inch standard iPad. This could also mean it will cut down on the bezel sizes for this model too as it did for the flagship iPad Pro.
But both the MacBook and the iPad represent a different market than the iPhone and the Apple Watch, which means that the Cupertino-based company may wait for its next event – likely to focus on schools and businesses – to unveil the former two.
Other Releases
The new operating systems, revealed in the WWDC in June, will be released across the board of Apple products following the September special event. The beta versions have been floating for quite a while now, but expect the company to announce the official date for the launch of its new operating systems, which will include iOS 13 (for the iPhone), iPadOS, macOS Catalina, watchOS 6, and tvOS 13.
Rumours suggest that Apple could be introducing a smaller version of its stylus, the Apple Pencil, designed to be used for the iPhone. The current Pencil is built for the iPad and does not support usage on the iPhone, being taller than every version of the phone.
Check out our in-depth Market Coverage, Business News & get real-time Stock Market Updates on CNBC-TV18. Also, Watch our channels CNBC-TV18, CNBC Awaaz and CNBC Bajar Live on-the-go!