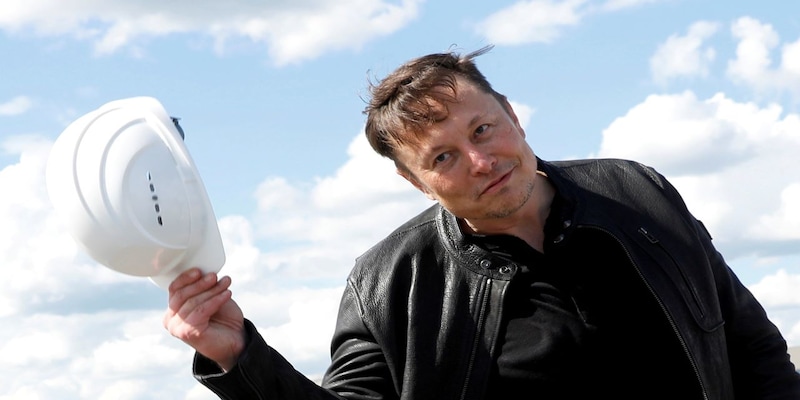 Elon Musk is expected to close the deal by Friday, October 28, to officially be in charge of one of the most prominent social networks of the world.

Elon Musk has signalled that the Twitter deal is on track by changing his Twitter profile to "Chief Twit" and posting a video of himself walking into the company's California headquarters with a sink! This comes ahead of the court-ordered deadline of closing his $44 billion Twitter acquisition deal.

The Tesla CEO walked into the halls of the Twitter HQ literally carrying a sink and shared a video of his visit.

Earlier, Twitter confirmed that Musk would visit the San Francisco office this week, but the company did not to provide further details of his visit.
Musk is expected to close the deal by Friday, October 28, to officially be in charge of one of the most prominent social networks of the world.
Earlier, a Delaware court judge put the Twitter-Musk trial on hold till October 28 for Musk to gather his finance to go through with the deal. Musk reportedly informed bankers of his plans to adhere to an October 28 deadline in a call on Monday, as per a Bloomberg News report.
Equity investors, Sequoia Capital, Binance, Qatar Investment Authority and others got the requisite paperwork for the financing commitment from Musk's lawyers.
A consortium of banks including Morgan Stanley and Bank of America is footing Musk’s purchase with $13 billion in debt, the report added. Twitter’s stock surged to $53 on Wednesday, slightly less that what Musk had offered ($54.20 per share) for the company earlier this year.
The banks that committed to fund Musk's buyout have put together the final debt financing agreement and are in the process of signing the necessary documents, as per the Bloomberg News report.
The closing of the deal will mark an end to a series of dramatic developments since the billionaire announced his decision to acquire Twitter in April.
In July, the Tesla CEO terminated the deal, accusing the Twitter leadership of violating the purchase agreement by misinforming him about the number of spam and fake bot accounts.
In early October, Musk did a 180 when he agreed to go through with the deal if he could kill the trial scheduled for October 17. After another round of back-and-forth court filings and furious letter writing, Judge McCormick of the Delaware court agreed to hold off on the trial if Musk gathered his financing and finished the acquisition by October 28.
Check out our in-depth Market Coverage, Business News & get real-time Stock Market Updates on CNBC-TV18. Also, Watch our channels CNBC-TV18, CNBC Awaaz and CNBC Bajar Live on-the-go!