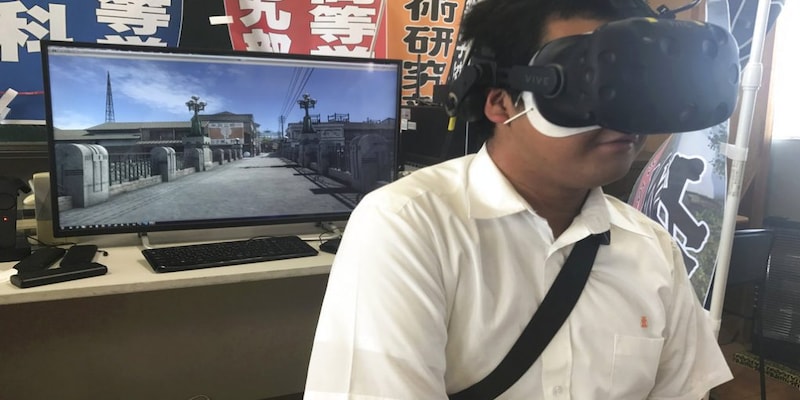 A team at the Carnegie Mellon University, a private institution in Pittsburgh, US, have made it possible for users to feel the virtual world in and on their mouth, without making physical contact. What the user can feel are tactile sensations such as drinking from a water fountain, wind on the face or even a kiss.

Virtual reality researchers have managed to recreate the sensation of touch in and around a user’s mouth without attaching any additional hardware to the wearer’s face, making the experience far more compelling than before.

Till now, most virtual reality devices have focused on visuals and sounds ignoring senses like smell, taste and touch.

Earlier, researchers had tried to include the lower half of the face into virtual reality space by making “a tiny robotic arm that could flick a feather across the lips or spray them with water”, Tech Crunch reported. However, as users did not like covering both their eyes and mouths at the same time, researchers did not attempt to make a piece that directly covers the mouth.

Now, a team at the Carnegie Mellon University, a private institution in Pittsburgh, USA, has made it possible for users to feel the virtual world in and on their mouth, without making physical contact.

The researchers upgraded what seems to be a Meta Quest 2 headset with a phased array of 64 tiny ultrasound transducers at the underside such that they sit above the wearer's mouth. Without using any additional accessories or hardware, the ultrasonic transducers help in creating the feeling of touch on the user’s lips, teeth and tongue.

Depending on images and actions that the user sees on the headset, acoustic waves are emitted through the transducers that travel through the air to the mouth. However, the ultrasound waves can only travel for short distances through the air, enough to go from the VR headset to the user’s mouth.

What the user can feel are tactile sensations such as drinking from a water fountain, wind on the face or even a kiss.

First tested on 16 volunteers, the system was able to deliver the sensations of brushing the teeth, feeling raindrops and spider webs crawling across the lips.

Results of immersion may vary among participants. Yet, the team is working to iterate the product and make it smaller and lighter.

“Our phased array strikes the balance between being really expressive and being affordable,” Tech Crunch quoted PhD student Vivian Shen, who is part of the team, as saying.