The controversial "pay for blue checkmark" service rolled out to a chaotic start on Monday, with several impersonators and parody accounts running amok on Twitter. This forced the microblogging giant to put the service on hold

The controversial "pay for blue checkmark" service rolled out to a chaotic start on Monday, with several impersonators and parody accounts running amok on Twitter. This led to some reports that the microblogging giant — now owned by eccentric billionaire Elon Musk — had put the service on hold, news later confirmed by Reuters.
However, the new Twitter owner hinted on Sunday that Twitter Blue could be back by next week. He tweeted this in reply to a user's query.

Probably end of next week

To say confusion shrouds the exact implementation of Twitter Blue is an understatement — to begin with, it was suggested that while anyone will be able to "purchase" the coveted blue checkmark, those who are actually verified — celebrities, influences, journalists, politicians, government officials, etc — will have an additional, grey "official" label under their name.
This option disappeared soon and now appears to have been reinstated for some accounts.
That begs the question — why would anyone purchase a blue checkmark for $7.99 — Rs 719 a month in India — when verified accounts will carry this official badge? How is this different from Musk's dismissive "lords and peasants" characterisation of the exisiting verification system? Only Elon knows.
As for India, the service will be provided for users at Rs 719 for month, though there were a plethora of confusing subscription options, at least on the App Store.

Over on the Android Play Store, the in-app purchase option was even more odd, as you can see below. 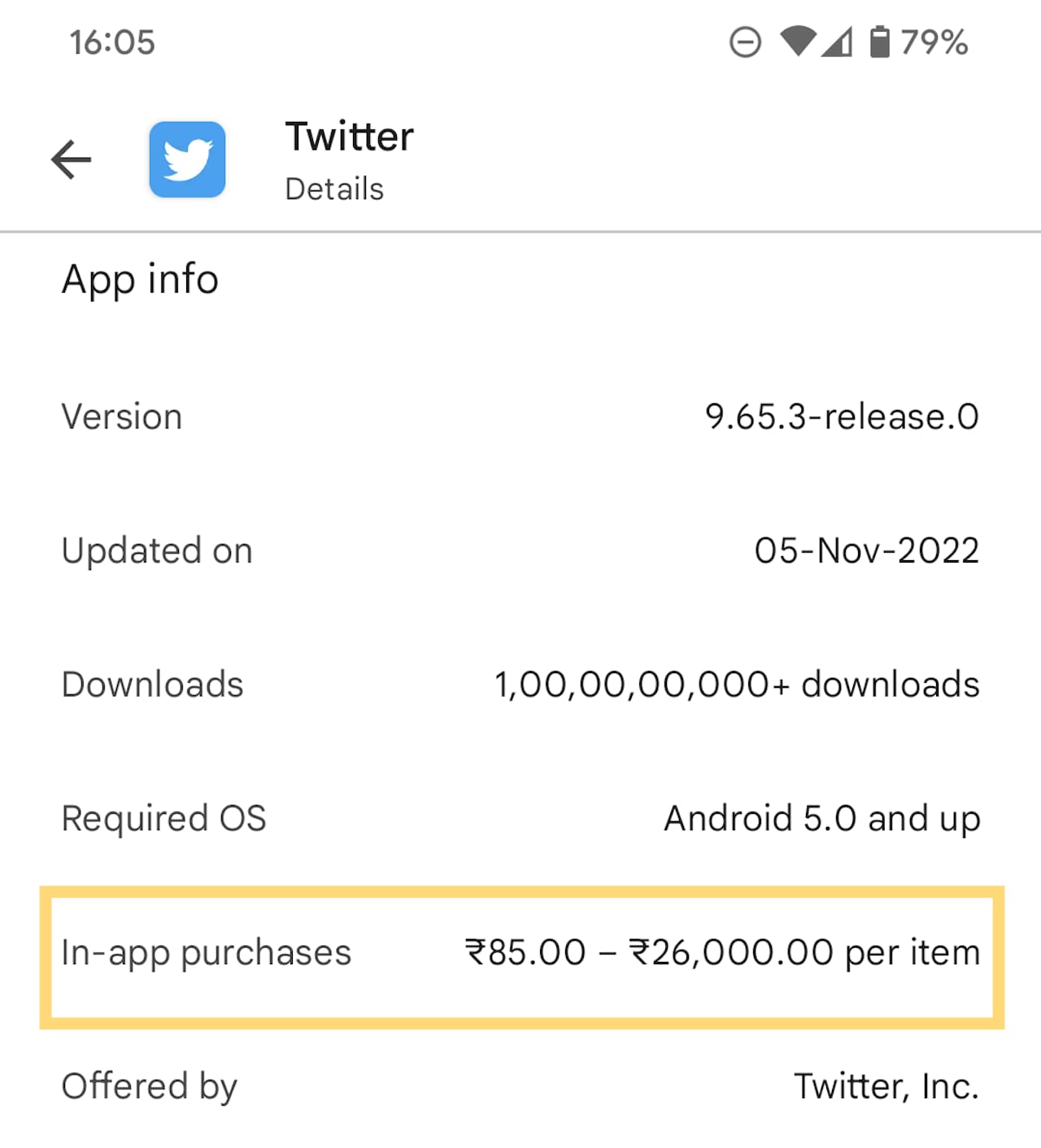 It isn't immediately clear what "item" is worh Rs 26,000 and the frequency of this payment.
As CNBC-TV18.com's Kanishka Sarkar notes — quoting Twitter official Esther Crawford — the new Twitter Blue does not include ID verification. "It's an opt-in, paid subscription that offers a blue checkmark and access to select features".
In Elon Musk's own words, Twitter will do a lot of dumb things before they get things right. So brace yourselves.
As the popular Chinese saying goes, "May you live in interesting times."
Indeed we do. Indeed... we do.
Also read: Elon Musk has not understood that trust and security matter as much as technology, says expert
Check out our in-depth Market Coverage, Business News & get real-time Stock Market Updates on CNBC-TV18. Also, Watch our channels CNBC-TV18, CNBC Awaaz and CNBC Bajar Live on-the-go!