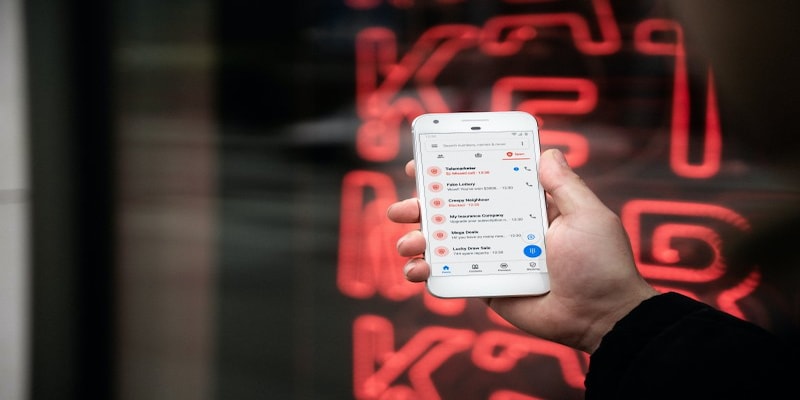 The new feature - positioned along with the Caller ID feature to help users to send a note in their outgoing calls - is expected to result in higher pick-up rates as the receiver would know the reason for the incoming call.

Truecaller, which is known for helping users find out caller identity, on Wednesday said it is rolling out a new feature to help callers share the reason for calling the recipient.

The Swedish company has also added two other features - Schedule SMS and SMS Translate - for its over 250 million users globally. The platform has over 180 million users in India. All three features will be free for all consumers.
Truecaller co-founder Nami Zarringhalam said the 'Call Reason' feature enables users to set a reason for their call, allowing the receiver to check what the call is about, whether the incoming call is personal, business, or something urgent.
The new feature - positioned along with the Caller ID feature to help users to send a note in their outgoing calls - is expected to result in higher pick-up rates as the receiver would know the reason for the incoming call.
Businesses can set a customized text before every call, which would increase engagement with their customers, he told reporters in a virtual briefing.
The feature is being rolled out for Android users and available to everyone by the end of the week.  For iPhone users, the feature is expected to be available in the January-March 2021 quarter.
"We have been working towards building an innovative communication suite for our users, and these three features are the next big step in line with this mission. As a brand, we strive to stay true to the core principle of building a product for the masses while always acting in the public interest. We are constantly listening to our users and want to help them by putting more power in their hands," he said.
Truecaller, which derives its revenue from in-app ads and subscription plans, said the 'Schedule SMS' extends the platform's Caller ID feature to enable users to schedule a message reminder of any events, meetings, and even what groceries they need to pick up at the end of the day.
The SMS Translate feature allows users to instantly translate the content of their messages directly in Truecaller without leaving the app. This feature works for both SMS and instant messages (IM).
The app automatically detects if a foreign language is used in the messaging screen and will show that a translation is available. This feature is powered by Google's ML Kit, and all messages are processed locally on the phone.
Language packs are downloaded to the device before translation begins, and users can also download additional languages to use them offline.
SMS Translate will only be available for Android phones.
Check out our in-depth Market Coverage, Business News & get real-time Stock Market Updates on CNBC-TV18. Also, Watch our channels CNBC-TV18, CNBC Awaaz and CNBC Bajar Live on-the-go!