The best smartphone cameras of 2020

The best smartphone cameras of 2020

Take a look at the most impressive camera phones that have been launched this year so far.

These days most people don’t buy the latest and greatest phones for making calls. Sure, making calls is a big part of what everyone does with a smartphone, but let’s be honest, the main magic is in the fact these tiny computers are able to do things that even rocket-ships couldn’t do decades ago and then redoubling as our primary entertainment devices and cameras. Photography has taken a huge leap on phones in the last couple of years. 2019, for instance, was a year where the megapixel arms race kickstarted again last year. Phones started getting armed with 48-megapixel sensors last year and this year, the battlefield has ascended to 108-megapixel sensors. As we hit yet another September and we are on the cusp of yet another iPhone launch, it is a good time to take a look at the most impressive camera phones that have been launched this year so far. Who would’ve thought that Vivo would pull this monkey out of its back? Yes, the X50 Pro by Vivo is its latest flagship phone and it comes with an uber innovative camera system that’s just taken my breath away. The Vivo X50 Pro goes all-in on the camera system with a custom sensor that it has co-designed with Sony which incorporates the first of its kind micro-gimbal on a smartphone. The end result is astounding image quality from its 48-megapixel primary sensor and f1.6 aperture. It is particularly effective in low-light situations where it provides a dramatic leap in performance over the current crop of smartphone cameras. The micro-gimbal allows for higher levels of stability while taking hand-held long exposure shots in night mode. This means the night mode shots are brighter and sharper because the phones remain more stable and it is able to do a faster exposure time. The same night mode also allows for some insane levels of detail when even used in daylight. Generally, even in the day time, the camera is excellent with it having vivid and contrasty colours. Vivo also has added numerous levels of dynamism on this camera. For instance, it can do a very good portrait mode and also landscape photography is enjoyable because of the 120-degree field of view. The 8-megapixel periscope camera is also optically stabilised while also having 5x optical zoom. This means the phone has great range and can even do looseness zoom of up to 50x. In reality, it is effective until 20x and is highly usable for macro photography. All of these gains also translate to video. The micro-gimbal enables this phone to take jarringly stable video while its 4k capture is further assisted using the gyroscope on the device. As a package, it surprises and is easily the most versatile one on the market especially when one considers its Rs 50,000 price.
Xiaomi Mi 10 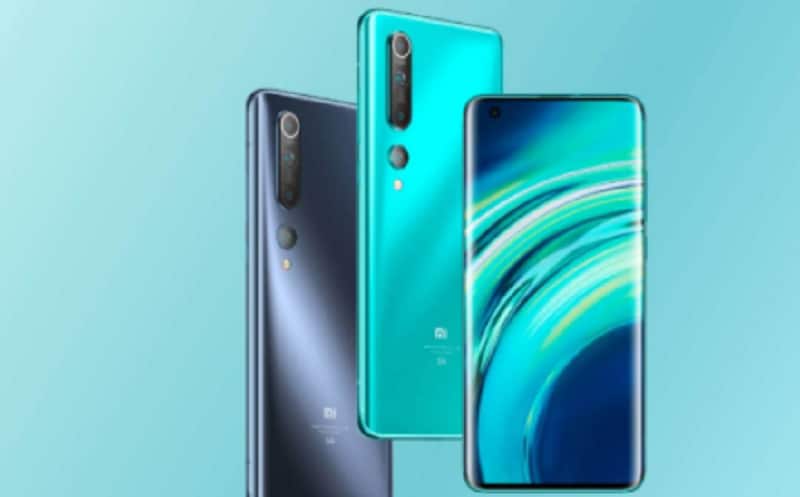 If it had not been for the Vivo X50 Pro, the Mi 10 would’ve been my favourite camera phone of the year. In fact, because the Mi 10 packs superior hardware all round, it may be the better phone many folks. But even if one looks at the camera, you realise something very special is going on. Of all the phones sold in India in 2020, the Mi 10 alongside some Samsung models has the largest sensor. Its 1/1.33-inch sensor is a massive monstrosity trotting 108-megapixels with an f/1.7 aperture in an optically stabilised array. Xiaomi pixel bins down the 108-megapixel images down to 25-megapixels providing the uncanny balance between photos that have a creamy natural bokeh and the richness of the 25-megapixel resolution coupled with super contrasty colours, good levels of exposure and a general pop that’s only been associated with photos from the Google Pixel to date. For people who care about zoom, they can shoot photos at the native 108-megapixel resolution and crop in for some lossless capabilities but it doesn’t have the cool telephoto capabilities of the Vivo. Xiaomi’s wide-angle camera is also just above average. But what’s astounding is the portrait mode which packs in oodles of blur and great edge detection. When used with the selfie camera, you are also looking at one of the best selfie cameras around. As for the video, this is one of the few Android phones that can shoot 8K video. But the real magic happens at 4K 60 frames per second. It is the purest video I’ve seen come out of an Android phone. It would’ve been perfect for B-Roll if it had the micro-gimbal that the Vivo X50 Pro has pioneered but alas that’s maybe for a different time.
Samsung Galaxy Note 20 Ultra For a phone that’s the most expensive one on the list, it sure is shocking that it has only made it to number three. This is Samsung’s second phone with its 108-megapixel camera which is also being used by Xiaomi. So yes, you get identical capabilities but the end result is slightly different because of the implementation which now includes even a laser autofocus. The main sensor is highly improved and is easily amongst the best in terms of day time imaging. Low-light imaging is highly improved and is now on par with the Pixel 3 and the iPhone 11 Pro. I’d say it is even better than the Mi 10, but it loses out to the Vivo X50 Pro. The Note 20 Ultra always takes nice photos. Though the photos are never as detailed as the Mi 10 and don’t pop because they are oversampled at a lower resolution of 12-megapixels. Samsung’s colour calibration is also an acquired taste for me. But even beyond the main camera, the Note is noteworthy. Its ultra-wide is a real ultra-wide with a 120-degree field of view, while the telephoto lens can do 50x digital zoom and 5x optical zoom, giving it the range of the Vivo X50 Pro. This is easily Samsung’s best camera phone. It does some of the best videos I’ve seen on an Android phone. It does 8k video but again the main highlight is the fact it does really nice 4K at 60 frames per second. It also has the best audio capture on an Android phone which makes it equitable in ultra-loud situations. Its size makes it unwieldy for taking photos and videos over a stretch. Perhaps what drags it below the Mi 10 is its price. Well, you can buy two Mi 10s in the price of the Galaxy Note 20 Ultra and that's saying something.
OnePlus 8 Pro 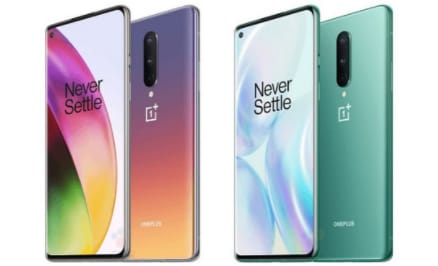 The OnePlus 8 Pro is arguably the most hyped smartphone of 2020. It is also from a brand that’s highly loved and has seen a meteoric rise in the last couple of years. But the one thing that most people have disliked about OnePlus phones has been the cameras. This year, they have upped the ante which is why it is being talked about here. The OnePlus 8 Pro gets a brand new Sony 48-megapixel sensor which is being used just on the Oppo Find X2 Pro apart from it. This is a brand new sensor which is driving a lot of pixels and absorbing tons of light. What’s fascinating here is that OnePlus has seemingly used the Google Pixel camera as the tuning benchmark as this phone also takes very attractive contrast heavy photos with a cooler temperature. Now, this phone doesn’t have the pop or resolution or natural depth of photos from phones like the Vivo X50 Pro or Mi 10 provide, but it does a decent job. No one will be dissatisfied for sure considering how good the OnePlus 8 Pro is as a phone. The one area where it shines like the sun is ultra-wide angle imaging. This phone gets the 48-megapixel sensor from the OnePlus 8 and many flagship phones from 2019 as its ultra-wide camera. OnePlus does sacrifice field of view a little at 116-degrees compared to the Vivo and Samsung but makes up for it with just resolution. Apart from this, the camera is pretty standard issue. You get 3x optical zoom, you get a pretty average portrait mode and the video is restricted to 4k 60 frames per second but in no way as impressive as the phones preceding it.
Vivo X50
The junior X50 makes it to list on the virtue of being the most affordable phone on this list and also having the DNA of the best camera phone on the list. The main thing is that it leverages the same Sony and Vivo co-designed sensor which also has a super shallow f1.6 aperture. This by default means there is plenty of resolution, plenty of light incoming the sensor and when that’s coupled with Vivo’s saucy processing, you’re talking about the best camera for still photography south of Rs 40,000 - both in daylight and low-light. Sure, it doesn’t have the micro-gimbal but it still does better than many other phones because it has a 120-degree field of view on the ultra-wide and it still does a 2x optical zoom which is better than what you get on the Mi 10 and effectively even better than the OnePlus 8 Pro. They really have done an excellent job with this camera as the photos can look spectacular at times. The video is what surprises the most as this phone doesn’t have the micro-gimbal. Even in low-light, it is surprisingly good and it works in super dark situations retaining even good audio. In many ways, this is like the Pixel 4a before it has been launched, and likely at a cheaper price with a more versatile camera system and a more desirable overall design.
Apple iPhone SE 2020
Yes, there was an iPhone that landed in 2020. It was the iPhone SE and it does have quite ancient specs optically speaking. It just gets one camera on the back which has been borrowed from the three-year-old iPhone 8. It is Jurassic by today’s standards. But then again it also gets Apple’s secret sauce - the A13 Bionic. It is the most devastating mobile CPU on the market which also helps dramatically augment and enhance the capabilities of the old iPhone 8 camera system. This is why Apple calls it the best single-camera system it has ever made. In the day time, photos are just about on the same level as the iPhone 11 which means it can hold its own with every phone in this list. It also does a better single-camera portrait mode than most with even better edge detection than the iPhone 11 dual-camera array mostly thanks to the machine learning algorithms that are running via the chip. It falls behind in versatility quite dramatically -- there is no night mode, no ultra-wide camera and no zoom capabilities. But that’s not why people buy an iPhone. They want the simplicity of use and peace of mind. And that is reflective in its video - it takes simply the best 4k 60 frames per second video I have seen from a phone outside of the iPhone 11. It may not be as stable as the Vivo X50 Pro, but it looks very natural thanks to Apple’s combination of electronic and optical stabilisation. On top of this, it also can fire two cameras at once in 4K resolutions through third-party apps like Filmic Pro and Double Take because of the prodigious power of the chip. Its size also makes it the polar opposite of the Galaxy Note 20 Ultra in usability.
Check out our in-depth Market Coverage, Business News & get real-time Stock Market Updates on CNBC-TV18. Also, Watch our channels CNBC-TV18, CNBC Awaaz and CNBC Bajar Live on-the-go!