In the time of social distancing and enhanced hygiene, teenage siblings Saran (15) and Ajay Karthick (13) from Virudhunagar in Southern Tamil Nadu have developed a working model of a robot for contactless garbage disposal.

Saran and Ajay's robot can not only help dispose household garbage, but aids in driverless movement of essentials over short distances. While the machine is a working concept at present, the teenage duo will work to build a prototype over the next three months.

"We always wanted to come up with an innovation to help frontline workers during the COVID-19 pandemic,” says Saran and adds, "When municipal workers go about collecting garbage from homes, there's a sense of fear when they go near a home where there has been a confirmed COVID-19 case. That is exactly where our robotic innovation can make all the difference." 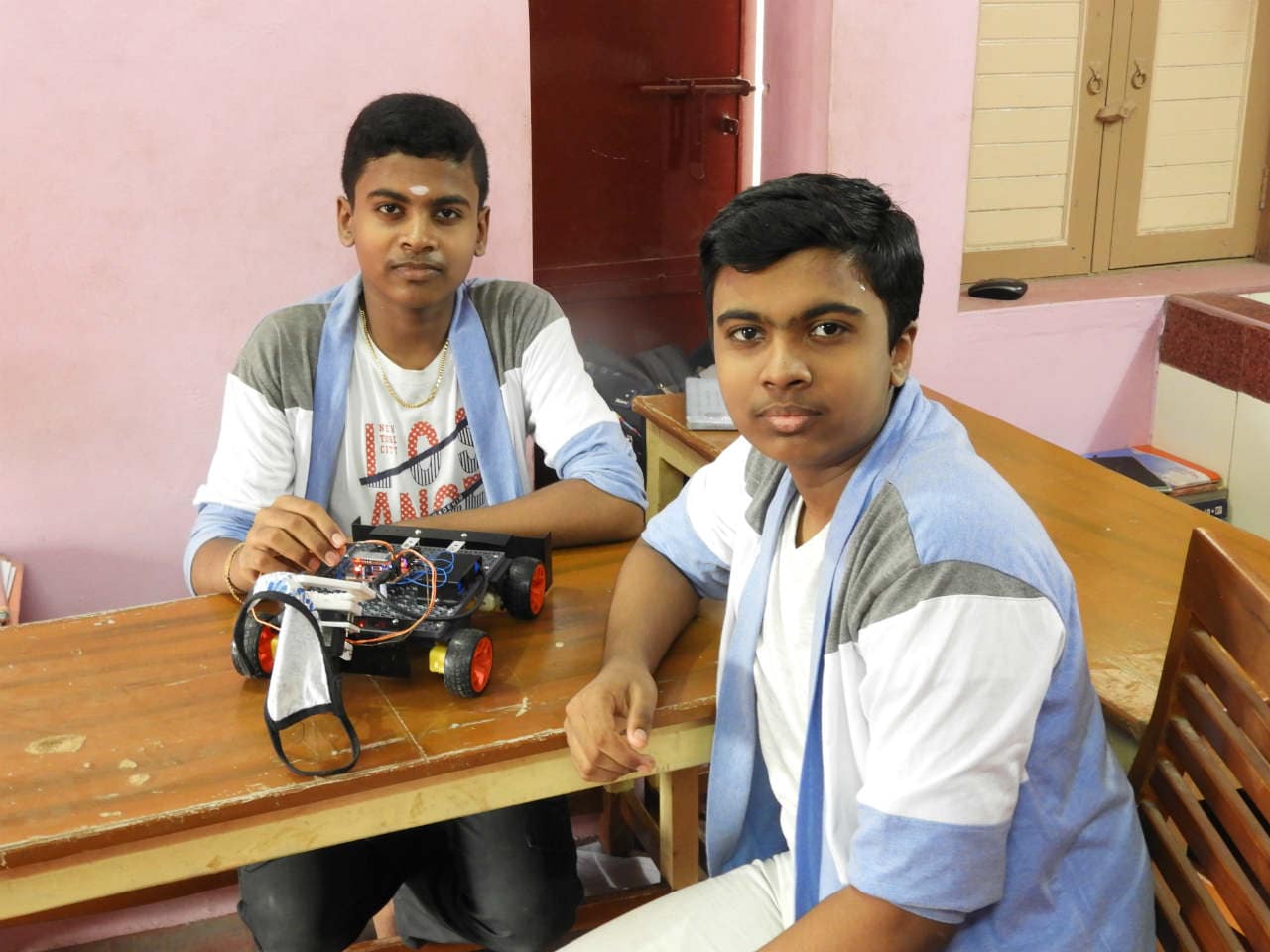 The duo's robot, named Smart Dispo Bot, has two end-effectors – a technical term for robotic arms -- one of which is fitted in the front and can help with carrying garbage cans. The second arm, fitted on the rear end, helps with cleaning the machine's surroundings.

In the concept stage, the robot is equipped to carry a payload of 500 grams. The prototype will have a payload capacity of 100 kg. Smaller wheels on the concept could give way for much larger wheels and motors, suited for all kinds of terrain.

Saran and Ajay’s robot is controlled via an app that the boys developed themselves. The Smart Dispo Bot is controlled through Bluetooth, but the prototype, they say, could have the ability to be controlled through WiFi or GPS. "The plan is to increase our wheel size to let the robot cover all kinds of roads and make it a multipurpose robot so that it not only clears garbage, but helps in shipping essentials like medicines too," says Ajay.

The brothers began learning to build robots and write code at a robotics workshop offered by Chennai-based SP Robotics. "Most of the work that Saran and Ajay put into making the robot happened over the course of three months when they learnt basic robotics," says Sneha Priya, Co-Founder and CEO of SP Robotics, "In April, when we announced a lockdown innovation challenge, children took their lessons and used it specifically for this robotic application," she adds.

As is the case with all innovations that come up at innovation challenges like this, SP Robotics will take Saran and Ajay's idea to the corporate sector and corporations to seek sponsorship and patronage. "We have seen interest from agriculture companies who need these robots for weeding, fertilizer application and cleaning purposes," says Sneha.

Even as the promise of sponsorship and product-development beckons the brothers will focus on building a prototype based on their design. If they succeed at it, these young innovators could have a very handy robotic tool for the pandemic.
Tags innovation Tamil Nadu