Ahead of August 9 launch, prices for the 128GB and 512GB variants of the Galaxy Note 9 has been leaked.

Ahead of August 9 launch, prices for the 128GB and 512GB variants of the Galaxy Note 9 has been leaked, reported Sammobile.

A new leaked poster for buyers in Indonesia has revealed not only the price of the phone but also the design and colour variants, the report said. 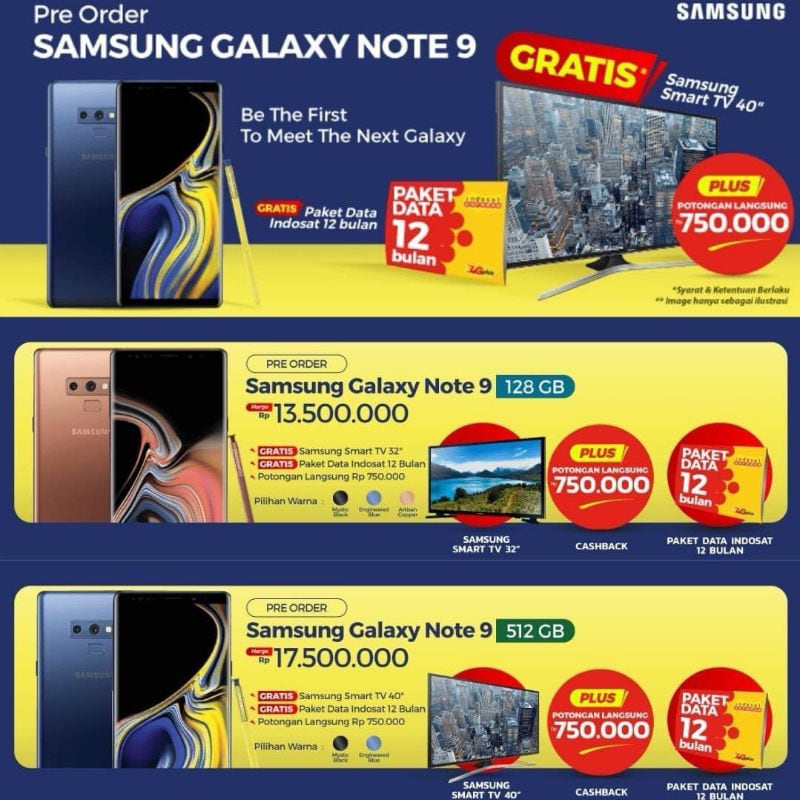 The leaked poster. Source: Sammobile
The pre-order price for the 128GB Galaxy Note 9 mentioned in the poster is 13,500,000 Indonesian Rupiahs which is roughly Rs 65,000, while the 512 GB variant has been priced at 17,500,000 Indonesian Rupiahs which is roughly Rs 83,500, it said.
According to the leaked images, the Note 9 will be available in three colours variants - Artisan Copper, Engineered Blue, and Mystic Black.
The 512 GB version of the Note 9 is likely to be the most expensive Galaxy Series smartphone if the pricing in Indonesia holds up in the Indian market as well.
The leaked also confirmed that Samsung will be shipping a new S Pen with the Galaxy Note 9, the report said, adding that the S Pen is expected to feature Bluetooth support.
Check out our in-depth Market Coverage, Business News & get real-time Stock Market Updates on CNBC-TV18. Also, Watch our channels CNBC-TV18, CNBC Awaaz and CNBC Bajar Live on-the-go!