Review: Google Pixel 4A perfects fundamentals of a smartphone

Review: Google Pixel 4A perfects fundamentals of a smartphone

The Pixel 4A isn't just the best Pixel phone Google has launched in India, but is a phone that just perfects the fundamentals that most people care about.

It is no secret that Google has struggled selling its Pixel phones. In the last five years, a new Pixel would come — it would usually have a spectacular camera and simple to use software, but it would inexcusably get the fundamentals wrong. The first Pixel had an odd-looking design, the Pixel 2 XL had a massive issue with its display, the Pixel 3 had performance issues alongside a ridiculous bath-tub notch and the Pixel 4 had an atrocious battery life coupled with a sense-less radar system that didn't allow Google to launch it in India.

For a company that had refined what smartphone photography should be with just its algorithms and software -- getting these basics should’ve been table-stakes. But Google never cracked the code -- it hilariously would stumble on the basics which have led the Mountain View-based giant to a phone like the Pixel 4A. It is not flashy. It is a paragon of minimalism which just focuses on the fundamentals of a smartphone. After testing the phone for more than two weeks, I'm happy to report, the Pixel 4A isn't just the best Pixel phone ever Google has launched in India, since the Pixel 2, but is a phone that just perfects the fundamentals that most people care about. While doing so, it becomes the new king of the sub-Rs 30,000 price segment as it is surprisingly good value for money.
The specs of this phone are actually quite rudimentary. They will not blow minds. But what Google achieves with these specs through its software is something audacious and admirable. Something only Google could achieve with an Android smartphone, being the creator of the software platform.
Key specs of the Pixel 4A:
On paper, the Pixel 4A doesn't even have features that phones like the Xiaomi Redmi Note 9 Pro have at Rs 10,000. But then specs are not everything — at least in the case of Google with the way it makes its Pixel phones.
People like to have a high refresh rate and high-resolution screens on their phones these days. At least that's the spec they expect. The Pixel 4A goes the other way — it has compact, edge-to-edge 5.8-inch AMOLED panel stuck at a standard 60Hz and 1080p resolution. But with its display size and software refinement, Google can get away with it. It is also a very nicely calibrated screen with accurate colours, decent levels of brightness and generally good viewing angles. Its weakness is that it doesn't have high-level marketable specs. The biggest advantage of the high refresh rate screen comes in software smoothness and playing games.
With its Snapdragon 730G chip and 6GB RAM, for day to day use, the Pixel 4A is plenty refined. It feels adequately fast and never gives the feeling of being slow. It also is simple to use as it has no bloatware preloaded. It also comes with plenty of memory. This phone will not feel slow — and should last you quite reliably for two years.
But if you’re the PUBG addict — then surely a phone like the OnePlus Nord will feel faster and will certainly game better. Leave out gaming from the equation — the Pixel 4A starts becoming the more refined and elegant choice thanks to some of its cool software features and usability of its compact screen.
Its battery also seems meagre at 3,140mAh but I always managed to eke out 6 hours of screen on time and the phone never died on me in a single days use when it was fully tanked up. It also lasted me more than 12 hours on a single charge which was impressive. This isn’t mind-blowing battery life but this is certainly above average considering one doesn’t need to charge it for a long while. It outperforms many phones that have a battery size larger than 4,000mAh.
More cameras are the name of the game these days, but Google is sticking to its guns with just one. But I’d take one camera over 2-3-4 anyway if that single lens is as good as the one on the Pixel 4A. Currently, before the iPhone 12 lands in India, it is safe to call the camera on the Pixel 4A the best one on a phone. 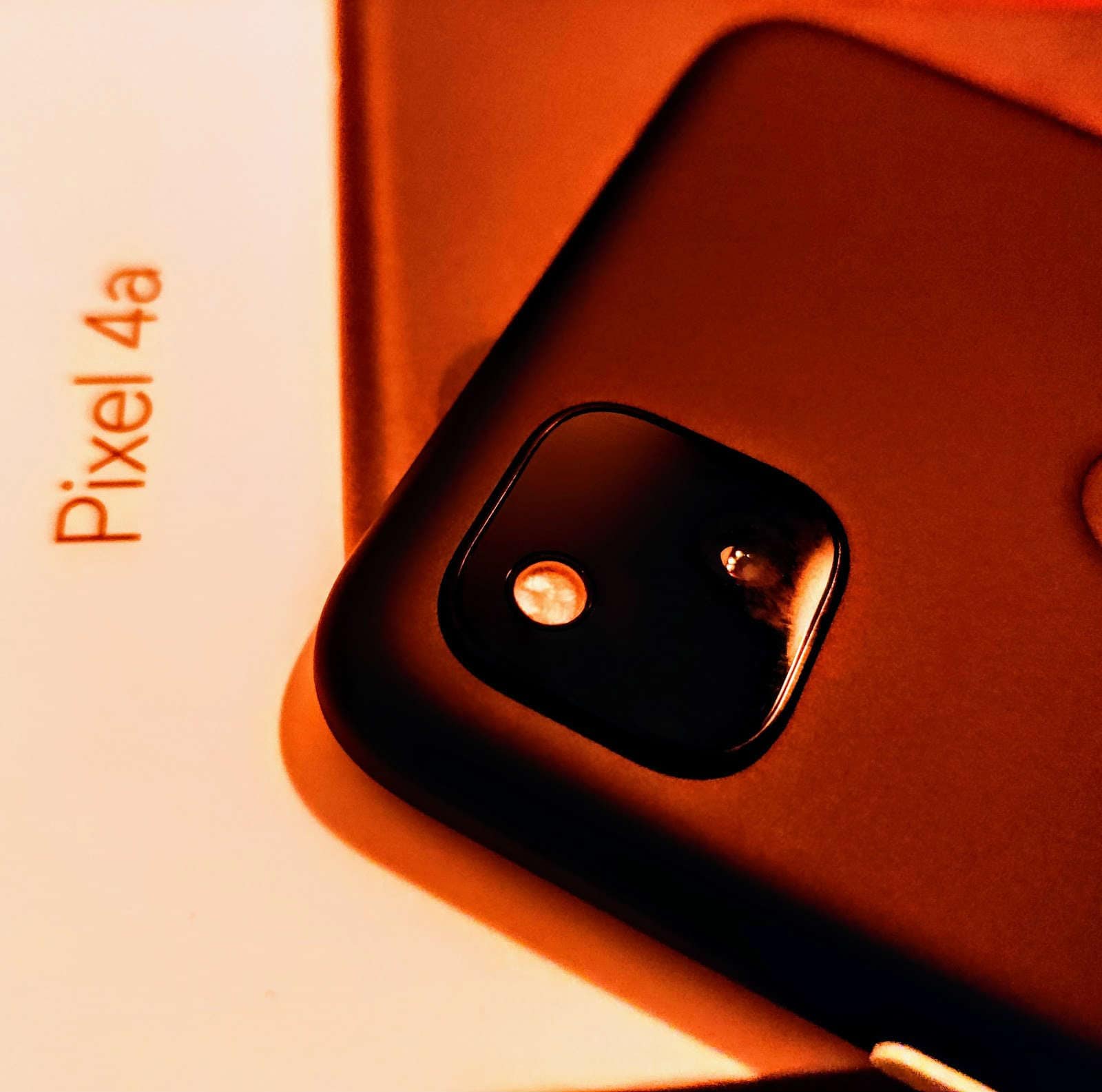 It takes delightfully contrast heavy and vivid photos which are balance in sharpness. This trait also shows up in portraits which have great edge detection and also in low-light shots using Google’s NightSight mode. The Pixel is spectacular for taking photos in all situations. Likewise, it is also a fun phone to edit photos on using the Google Photos app. This trait also follows through on the selfie camera which makes it even great for front-facing shots.
It appears that Google has also improved the video shooting capability of this phone using the software. Though video shoots are restricted to 1080p - that’s probably a limitation of the mid-range processor.
The elegance of the Pixel 4A actually shines through in its rather frugal and minimal design. This phone doesn’t have metal or glass. It is made out of a soft touch matte feel like plastic which feels excellent in the hand. Its buttons are innately clicky which makes this phone even more ergonomic. In the compact form, Google managed to cram in dual speakers which are pretty clear, twin microphones that help with great call quality, a fast easy to use rear-mounted fingerprint scanner and yes, also a headphone jack for all times sake.
Google has just a superb job with the simple design of this phone. If you’re worried about putting a case on your Pixel, then worry not, you’ll not need it. Google’s software is also a delight — be it the live transcription software or the Google Assistant which is just crazy useful on the Pixel, this is the most fun to use Android phone if you’re not going to be playing games on it.
If you’re in the market for a new smartphone and the budget is around the Rs 30,000 mark, buying the Pixel 4A is a no brainer. But this recommendation comes with a couple of caveats — this will not be a gaming phone and Google’s after-sales traditionally in India has been abysmal. If you can ignore these two things — it is perhaps the perfect phone for you. It has performance, camera, battery life, build quality, elegant software and brand on its side. The Pixel 4A is a reminder of a simpler time for Android phones which perhaps may not be a bad thing if done well. In my books, it is also a step ahead of the OnePlus Nord which is also excellent in its own right.
Price: Rs 29,999 (introductory)
Post initial offer: Rs 31,999.
Check out our in-depth Market Coverage, Business News & get real-time Stock Market Updates on CNBC-TV18. Also, Watch our channels CNBC-TV18, CNBC Awaaz and CNBC Bajar Live on-the-go!