Pixxel readies for lift off with ISRO, days after Skyroot Aerospace creates history

Pixxel readies for lift off with ISRO, days after Skyroot Aerospace creates history 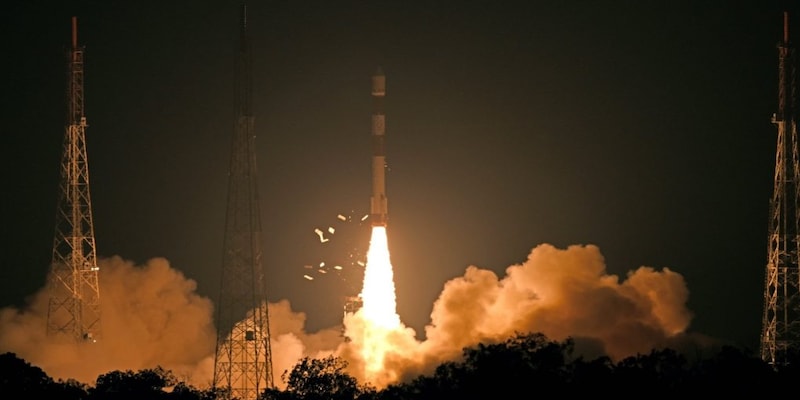 India's spacetech startups are finding the escape velocity to take off, with Lightspeed and Blume Ventures-backed Pixxel now set to launch its third hyperspectral satellite named 'Anand' onboard an ISRO PSLV rocket scheduled for lift off on November 26. The launch is set to take place just a week after Skyroot Aerospace created history by launching India's first privately-built rocket into space from ISRO's Satish Dhawan Space Centre in Sriharikita, Andhra Pradesh.

Earlier in April, Pixxel too set a milestone in space by placing Shakuntala — India's first private commercial satellite — in Earth's lower-orbit by launching onboard SpaceX's Falcon-9 rocket.
"With this (Anand) launch, Pixxel moves closer to achieving its vision of building a health monitor for the planet through a constellation of cutting-edge hyperspectral small satellites in space," the startup said in a statement.
Also read: From launch vehicles to space tourism, Indian space startups aim high
The 'Anand' hyperspectral microsatellite, which will join 'Shakuntala' in space this Saturday, is among a series of launches planned by Pixxel over 2022-23 to put in place a constellation of six satellites to capture any point on the Earth's surface every 48 hours.
More launches by the end of 2024 could enable Pixxel to offer 24-hour coverage and take it closer to creating a constellation of at least 20 satellites that can relay high-resolution earth imagery, which can be used to detect pest infestation, forest fires, soil stress, oil spill and more.
Founded by Awais Ahmed and Kshitij Khandelwal in 2019, Pixxel raised $25 million in Series A funding from investors such as Radical Ventures, Lightspeed, Blume Ventures and others, as the countdown started for a series of launches with commercial potential.
Also read: ISRO chief Somnath says 100 start-ups registered with them
Over 50 customers — from agriculture and mining to oil and gas companies — have signed pre-launch agreements with Pixxel for hyperspectral images and analysis to manage climate risks such as floods, famine, carbon emissions, pipeline leaks and more.
"Pixxel has already inked partnerships with the likes of Rio Tinto and Data Farming who will use hyperspectral datasets to identify mineral resources and determining crop issues respectively," the company said.
Pixxel is amongst the most well-funded spacetech startups in India alongside Agnikul Cosmos, Skyroot Aerospace, Dhruva, Digantara and others, attracting strong investor interest after the government opened up the space sector for private companies in mid-2020.
According to an Indian Space Association (ISpA)-EY report, India’s space economy is likely to be worth nearly $13 billion by 2025, with the satellite launch services segment set to witness the fastest growth spurred by increasing private participation.
Also read: A look at countries with commercial space missions and their private players
Check out our in-depth Market Coverage, Business News & get real-time Stock Market Updates on CNBC-TV18. Also, Watch our channels CNBC-TV18, CNBC Awaaz and CNBC Bajar Live on-the-go!