Nothing, the company founded by OnePlus co-founder Carl Pei, has been dripfeeding social media tidbits about its maiden smartphone — the phone (1). In the latest such updates, the company explains why the phone sports an LED lighting strip pattern on is back.

Remember the logo Nothing shared after Carl Pei announced phone (1) in March? It was a cryptic glyph that told us, well, nothing about the phone itself, but was a conversation starter — what did it represent? Was it the official logo, or something else?

Well, courtesy Nothing's private showing in Basel last week and tech YouTuber MKBHD's hands-on video, we know that the glyph corresponds to the LED lighting strip under the transparent back of the Nothing phone (1). 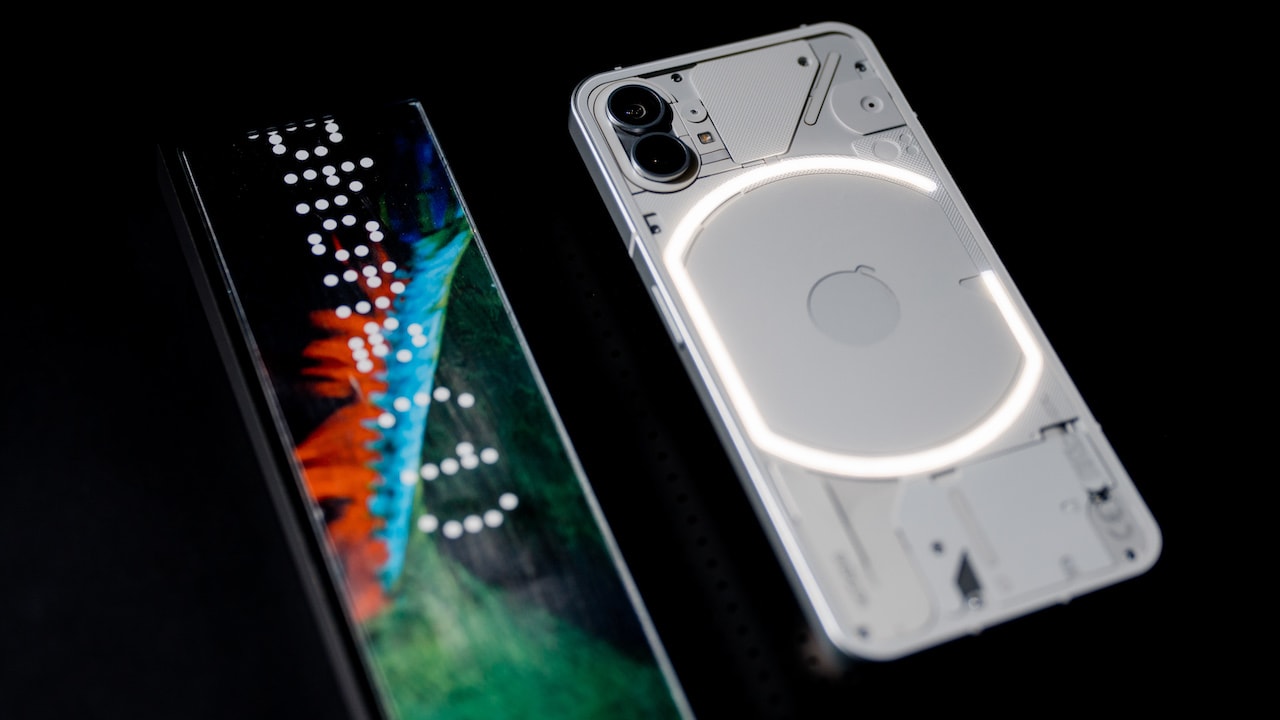 The Nothing phone (1) will have LED lighting strips under its transparent back. (Image: Nothing)
On Wednesday, Nothing — whose official mantra is 'Let's make tech fun again' and whose mascot appears to be a parrot — published a blog post in which it elaborated on the glyph.
"Remember when tech used to be fun? The excitement of taking home a new gadget. Unwrapping it with wonder. Turning it on. Every interaction, a new surprise. But somewhere along the line, tech went cold. Products became numbers. And specs," the blog post read. "The Glyph Interface brings it all back. That warmth. That sense of joy. And discovery."
In the post, Nothing said every part of the phone's design was calculated to be a break from type — from the dot-matrix font to the minimalist design, and more.
"It’s functionality, made fun again," the blog post read.

This is the Glyph Interface. Unique patterns light up in sync with custom sounds. Know who’s calling you and when you get an app notification, without the screen-time. Find out more. https://t.co/ZHKNx4WEE6 pic.twitter.com/cOpuEbvCmy

According to Nothing, the Glyph lights can be customised by the user.
"Lights are synced to flash in unique patterns to every custom sound. Letting you know who’s calling, notifications, charging status, and more. Without checking your screen all day. Pair individual contacts to ringtones, each with a Glyph pattern. So, you never miss the most important calls," the post read.
The lights can even be scheduled to be turned off, the post added.
Nothing officially unveiled the first look of the phone last week and had earlier stated that it would launch the phone on July 12 at an event in London, which will be live-streamed across the globe.
Also read:
100 limited edition Nothing phone (1) handsets to go under the hammer
Check out our in-depth Market Coverage, Business News & get real-time Stock Market Updates on CNBC-TV18. Also, Watch our channels CNBC-TV18, CNBC Awaaz and CNBC Bajar Live on-the-go!