Nothing said the 48 hour auction will go live from at 6.30 pm IST on June 21 at StockX.com. 'All proceeds will go towards a community managed fund,' a company statement said.

Nothing, the company founded by Carl Pei — the co-founder of 'flagship killer' OnePlus — on June 16 announced a partnership with StockX, an online marketplace for limited edition items, to auction the first 100 serialised units of its maiden smartphone, the phone (1).
Nothing said the 48-hour auction will go live from at 6.30 pm IST on June 21 at StockX.com. "All proceeds will go towards a community managed fund," a Nothing statement said.
Further, Nothing for first the first time showcased the phone in the flesh at a private art gala in Basel, Switzerland, on Wednesday night. The phone was under the spotlight in a glass case. 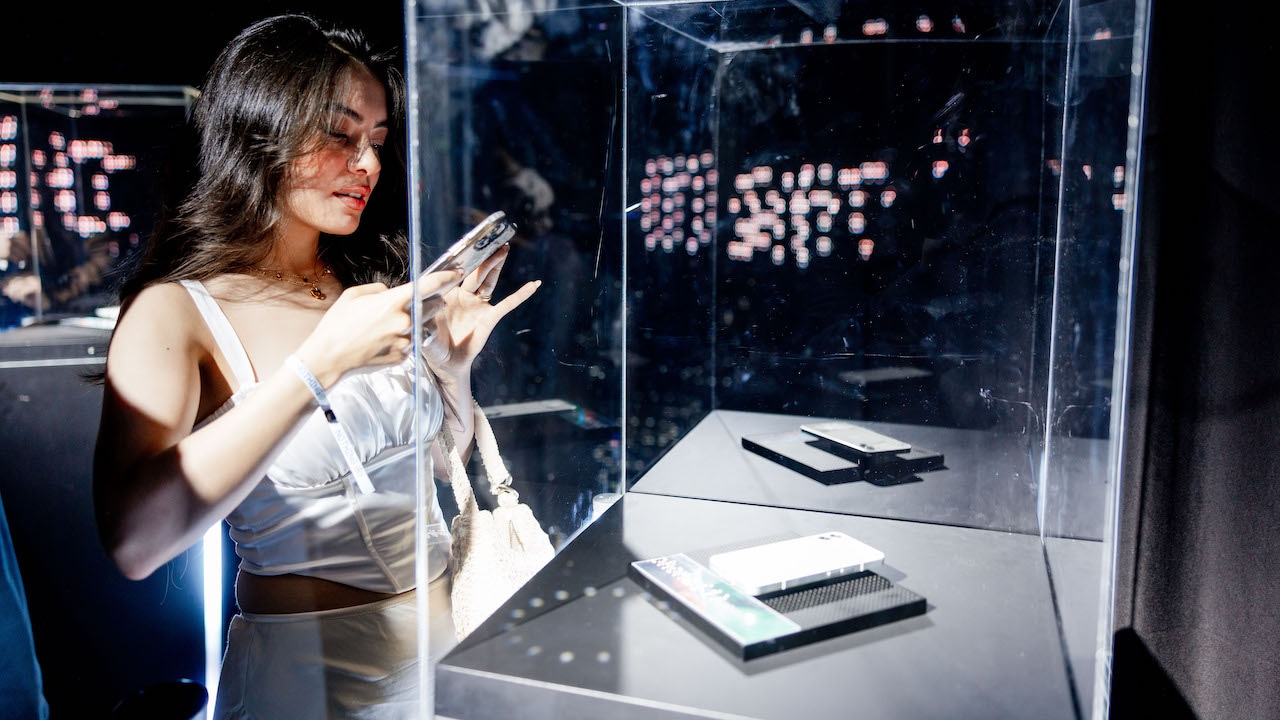 A guests takes a photo of the Nothing phone (1) at a private art gala in Basel, Switzerland, on Wednesday. (Image: Nothing)
The phone will be revealed fully at a launch event on July 12 — held in London and streamed everywhere else. The event can be watched from 8.30 pm IST on Nothing's official event website.
In a press release, Nothing said phone (1) will feature a transparent back with a "unique mechanical design" composed of over 400 components. "Inspiration was taken from artists like Massimo Vignelli, who designed New York’s subway map, and made a complex system look like art," the release added.
Its 100 percent recycled aluminium frame "makes it light and robust,"at the same time, while over "50 percent of the phone’s plastic components are made with bio-based or post-consumer recycled materials — an industry leading percentage," the company claimed. The Nothing phone (1) will have LED lighting strips under its transparent back. (Image: Nothing)

"For years now, it felt like all the artists had left the industry. All we’re left with are cold, unexciting and derivative products. It was time for a fresh take.” said Pei in the statement. “phone (1) was designed out of instinct, making a product for ourselves and more importantly that we would be proud to share with our loved ones. Can’t wait for people to start experiencing it," he added.

Pei also seemed to revel in the mixed reactions to the phone's design, which was revealed on June 15 on Twitter.

phone (1) design seems to be polarizing as planned. Love it! 😁

The Nothing phone (1) is expected to be powered by a Snapdragon 7 Gen 1 chipset, and will support wireless charging. Little else about the phone has been confirmed. The company has, however, confirmed that all its phones sold in India will be made in India.
Also read:
Nothing to reveal phone (1) on July 12
Tags
next story