As companies switch to low-code/no-code platforms, what happens to the programmers?

As companies switch to low-code/no-code platforms, what happens to the programmers? 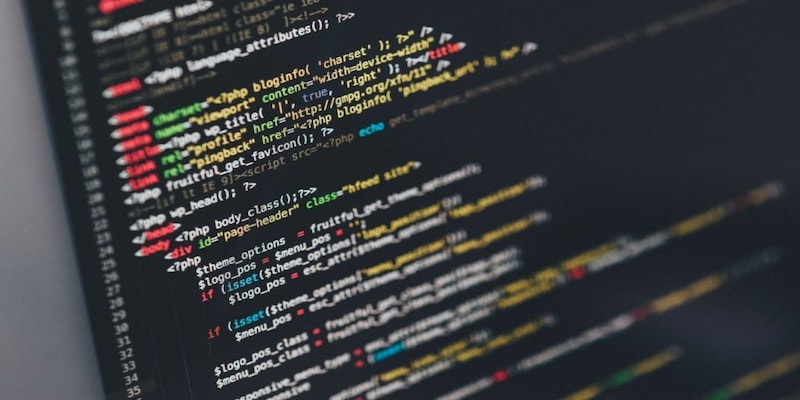 Coders need not hit the panic button right away and re-skill or relearn everything, as the easy-to-use and cost-reducing LC/NC still represents a ‘small minority of application landscapes,’ says an expert. Of course there will always be a demand for skilled programmers to create interfaces between legacy systems and new LC/NC solutions. But more importantly, this has opened up entirely new job roles.

Writing thousands upon thousands of programming code could soon be a thing of the past. Several software-based companies and businesses, in a bid to hit the market faster with their products, are increasingly turning to low-code/no-code (LC/NC) processes.

Boasting of easy-to-use features such as visual workflows and drag-and-drop code blocks, LC/NC has slowly been transforming programming. This begs the question — what about programmers who trained/studied for endless hours to bag a job at their dream company? Or students who are currently burning the midnight oil so that they could one day work at the IT company of their choice?
The answer appears to be simple — sink or swim; adapt, or be left behind.

While there is no immediate need to hit the panic button and re-skill or relearn everything, this is an opportunity for coders to make sure they don’t miss the bus to the future.
ALSO READ | CNBC-TV18 Presents The Young AI Champions
Suresh Jagannathan, COO, Digital Process Automation, at IT solutions and  technology consultant Coforge, says LC/NC is gaining pace, but remains in the minority — for now.
“Low-code platforms still represent a relatively small minority of application landscapes globally. However, as platforms mature and low-code offerings expand, we expect low-code application services to grow significantly faster than the overall application services market,” he says. 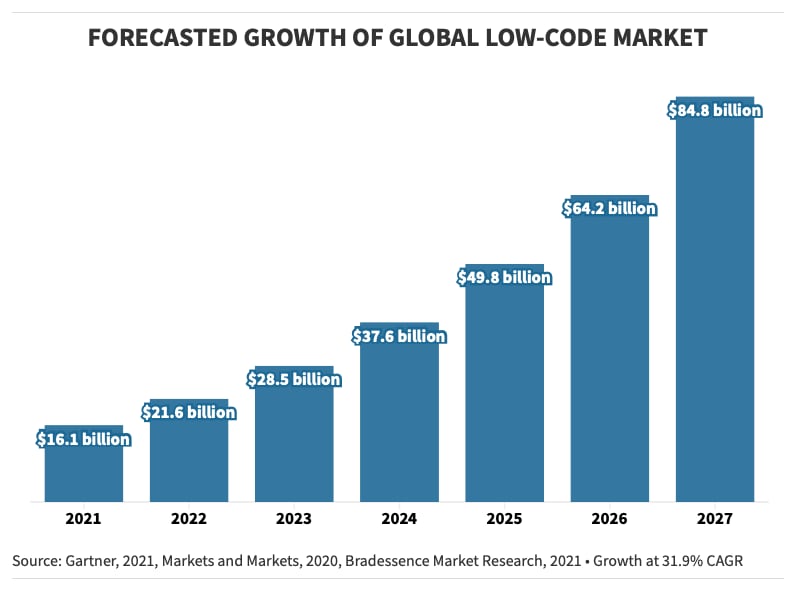 And this is apparent in the fact that software major Microsoft sees LC/NC as an untapped skillset; at its recent Build developers conference, it added a bevy of updates to Power Platform — its set of LC/NC tools.
Even e-commerce and web services giant Amazon seems to be betting on this trend heavily with its "machine language-powered coding companion," CodeWhisperer, which "helps improve developer productivity by generating code recommendations based on their comments in natural language and code in the integrated development environment (IDE)."
Jagannathan says Indian companies, over the past few years, have been increasingly pivoting towards LC/NC, with the pandemic giving it a massive push.
ALSO READ | Sudden banning of apps and games affects industry, gamers and creators: Gamerji founder
"At present, Indian enterprises are looking to transform their business processes and make them fully digital,” he says. "Low-code application platforms efficiently shorten the go-to-market time significantly, making it exceedingly easy to absorb ever-changing needs, putting companies ahead of the competition."
One can see why companies might find LC/NC an attractive prospect, as low-code requires a rudimentary understanding of programming to put together an app, while no-code requires little to no understanding programming. "It eliminates the challenge of organising a large workstation of tools," he says.
For context, Coforge has partnered with multiple LCNC platforms such as Pega, Appian, Outsystems and Salesforce, with special focus on banking and finance, insurance, public sector, and travel and transportation. (Image: TechTarget)
Jagannathan feels developers, rather than feel threatened by LC/NC, embrace it. “Developers have often stated that using low-code and no-code platforms compels them to rethink how they approach different coding difficulties and encourages a leaner, simpler style of thinking and coding, which is ultimately advantageous in terms of productivity for all coding jobs,” he says.
"Low-code allows professional developers and programmers to deliver apps rapidly and transfer their focus away from routine programming jobs to more complicated and unique work that has a greater impact and value to the enterprise.”
ALSO READ | Is the XX messenger the future of private communication?
As for students, there’s no need to worry. The rise in popularity of low-code and no-code solutions has resulted in the creation of new job roles: Experts in coding to create LC/NC platform interfaces between legacy systems and LC/NC platforms. “Experts with specialised knowledge of LC/NC platforms are needed,” Jagannathan said.
According to Industry body Nasscom, Indian IT companies and startups will increase their income by 900 percent — from $400 million in 2021 to a projected $4 billion in 2025. “LC/NC platforms will be an excellent boon for smaller businesses and enterprises,”Jagannathan says.
According to Nasscom, companies have seen a 30-35 percent increase in their return on investment in LC/NC platforms, a 75 percent reduction in turnaround time and a 65 percent cost-reduction.
Jagannathan is of the opinion that major re-skilling will not be required.
“Businesses that use LC tools should expect better IT resourcing — companies can shift management of their tech estate onto developers using LC/NC platforms, while IT staff may focus on digital transformation and cybersecurity,” he says. So, whether you're a seasoned progammer, someone who is still green, or even a student/enthusiast looking to pick up programming skills — LC/NC programming provides a tantalising opportunity. The rise in popularity of such solutions have resulted in the creation of new job roles.
As for those who are already in the field, the world of programming looks set to branch out in two ways — greater simplification (shift from low- to no-code development) and/or broader scope of services, moving from spot low-code solutions to integrated enterprise-wide functionality.
"Platform interfaces between legacy systems and LC/NC platforms require skilled individuals. Experts with specialised knowledge of LC/NC platforms are needed," says Jagannathan.
In short, low-code/no-code could come to represent the building blocks of our increasingly tech-fuelled future.
(Edited by : Shoma Bhattacharjee)
Check out our in-depth Market Coverage, Business News & get real-time Stock Market Updates on CNBC-TV18. Also, Watch our channels CNBC-TV18, CNBC Awaaz and CNBC Bajar Live on-the-go!