This article is more than 7 month old.

International Internet Day: A look at the world wide web of 2020

The International Internet Day is celebrated globally on October 29 every year. The day marks the sending of the first electronic message which was transferred from one computer to another in 1969.

Since then the Internet has gone through a revolution, not just evolution.

Today, according to Hosting Clues, on an average an internet user is online for 6.5 hours a day. With over 560 million users, India is the second largest online market.

Let's take a look at some interesting facts reported by Hosting Clues, on the Internet of 2020:

Today, about 4.18 billion users access the Internet from their smartphones Most of the people have been a victim of the detrimental effects of a ringing smartphone. As cellphone chimes with a message notification, our eyes can't help but get a sneak peak of the message. According to the data, users spend 90 percent of smartphone time on mobile apps. 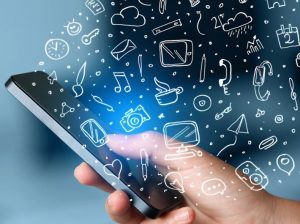 As per Internet Trends, the average smartphone owner unlocks their device 150 times a day. According to Cambridge Dictionary, users voted for "Nomophobia" as the People's Word of 2018.
The term stands for "NO MObile PHone PhoBIA". It is used to describe a psychological condition when people have a fear of being detached from mobile phone connectivity.

Currently, social media ads are the most popular form of online advertising, followed by display ads, and paid search marketing. For every 1 US dollar a business spends on Google Search Ads, it makes 8 US dollars in profit. In 2020, businesses are estimated to lose 78 billion US dollars if they don't implement counter ad-blocking measures.

The growth of mobile advertising has placed emphasis on highly targeted data to reach users on a more personal level. Mobile device ID tracking allows for programmatic insight into the user's digital trail so that marketers can track each potential customer more efficiently.
Social media
Presently, over 3.8 billion users have an active social media account. According to reports, people spend around 2 hours 24 minutes on social media or messaging applications. The most popular social media and messaging platform is Facebook with 2.44 billion users followed by YouTube with 2 billion users. Furthermore, every day over 1 billion stories are shared on Facebook alone.

In the course of doing businesses, organizations transmit sensitive data across networks and to other devices. Cyber security ushers the process of protecting that information. 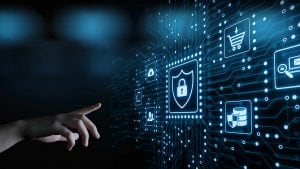 Every 30 seconds there is a hacker attack, with 43 percent of these attacks being targeted at small businesses. In 2018, the total cost of cybercrime committed worldwide was 1 trillion US dollars. This year, the average cost of a data breach will exceed over 150 million US dollars. Additionally, by 2021 around 6 trillion US dollars will be invested in cyber security.